6 Things I Hate About New England Spring
Odyssey
CurrentlySwoonLifestyleHealth & WellnessStudent LifeContent InspirationEntertainmentPolitics and ActivismSportsAdulting
About usAdvertiseTermsPrivacyDMCAContact us
® 2023 ODYSSEY
Welcome back
Sign in to comment to your favorite stories, participate in your community and interact with your friends
or
LOG IN WITH FACEBOOK
No account? Create one
Start writing a post
Lifestyle

Why Spring in MA is Not All Blooming Flowers 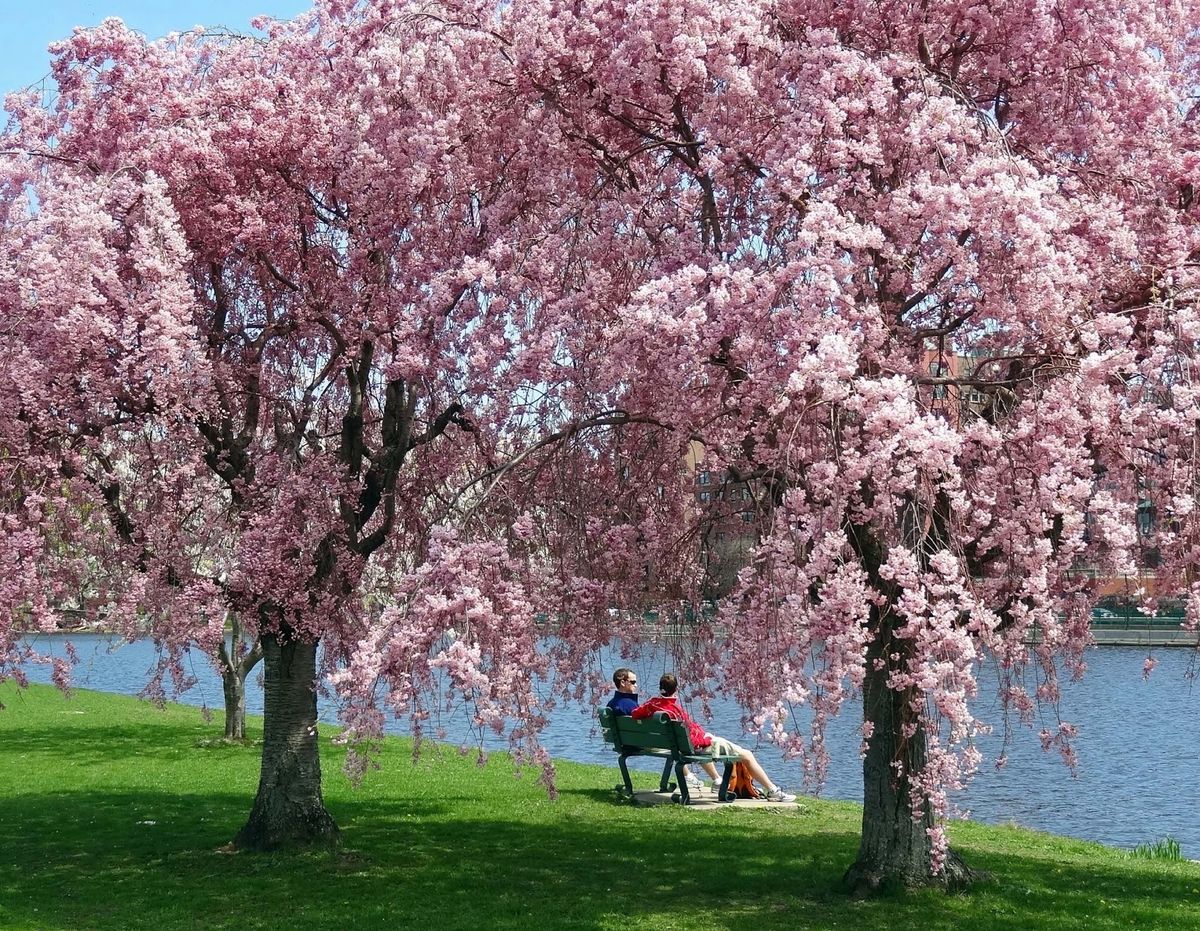 Anyone who has experienced winter in New England is familiar with the fact that the first half of a New England spring is no better, and is often worse. Having grown up and spent most of my life in Eastern Mass., these are the things that I dread most when spring arrives in New England.

(A meteorological picture of the April Fool's Day Blizzard of 1997)

When it's winter in New England, every person is braced for a Nor'easter at any second. The minute we let our guards down in March, however, that's when we're truly hit by snow. We had three Nor'easters this March alone, resulting in thousands without electricity and huge amounts of snow throughout the state of Massachusetts.

2. THE RETURN OF THE CANADA GOOSE

Canada geese (not be confused with any Canadian geese, despite their common name) are well-known throughout the Northeast, specifically Massachusetts. Their return from the southern migration usually occurs throughout March and April in order to have and raise their young. While this would be cute, geese are extraordinarily violent, and this is at a time of year when everyone wants to go sit outside. Instead, we are met by territorial geese and their feces EVERYWHERE.

(Image of pollen gathered on a leaf)

Okay, so this isn't specifically a New England problem, but it is a problem that is particularly horrible in spring. After winter and cold/flu season, just about everyone looks forward to a nice break from runny, red noses. Instead, we get allergy season!

4. THE MESSY AFTERMATH OF WINTER STORMS

(Image of man surrounded by snow-covered branches after a storm)

Now, we obviously have to clean up after snowstorms immediately in order to get electricity and our general lives up and running again, but come the spring melt, we find our yards absolutely covered in leaves, pine needles, and heavy fallen branches that weren't enough in the way to merit trudging through the deep snow. In Massachusetts, where trees are aplenty and so are the storms, this results in a frenzy of outdoor cleaning in spring.

5. THE CONSTANT SHIFT OF TEMPERATURE

(Image of two girls wrapped up in sweaters and hats, holding hot drinks, while surrounded by lush spring nature)

In New England, we of course experience the constant shift of temperature just on a day to day basis, due to our temperate climate and climate change's effect on the Northeast. However, in spring, this shift is heightened. The day starts requiring a thick sweater and warm pants and boots, but by midday you need to be wearing a tank top and shorts!

(Image of sludge on the streets of a city)

Because we're still stuck with snow, but not enough for it to be in a thick blanket, but it's still cold enough to stay around, but it's warm enough to rain, New England is constantly coated in the most disgusting, gruel-like sludge throughout the first month of spring! It gets on everything no matter what, and has mastered the art of never disappearing!

So these are just a few of the reasons why I'm bitter that it can't be late April already. Feel free to share more in the comments!

QueenRadhi
The State University of New York at Stony Brook
3452