6 Reasons Why I Am Obsessed With "Kid Icarus Uprising"
Odyssey

6 Reasons Why I Am Obsessed With "Kid Icarus Uprising"

This game is just the best! 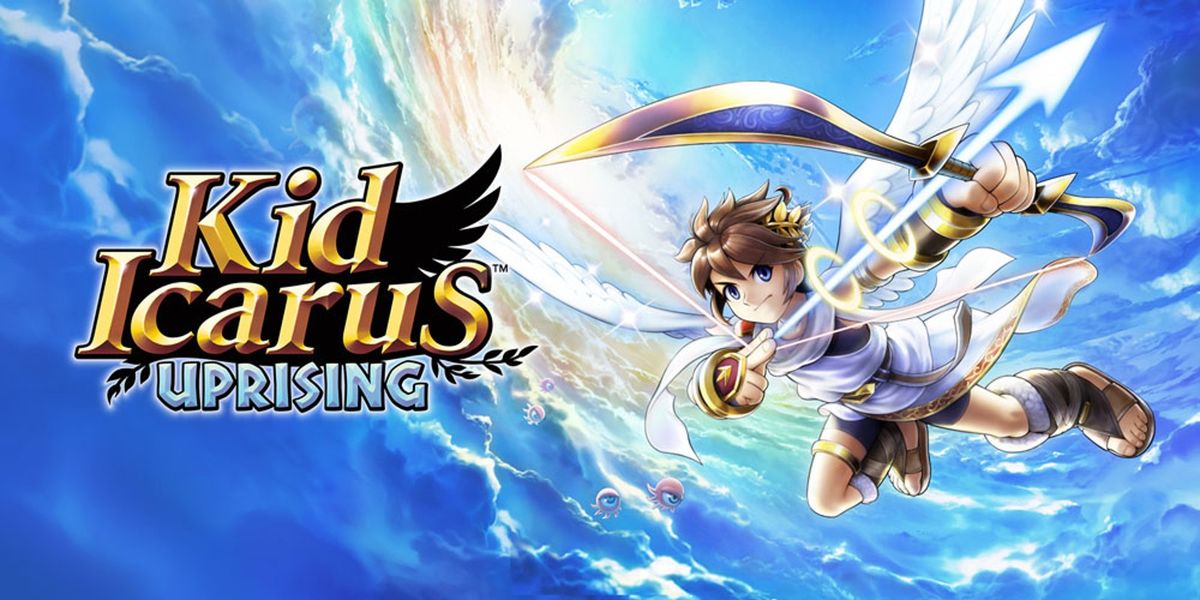 To the people who know this game (you probably clicked on this article if you knew what it was), I want to just thank you right now. This game is literally my life and I don’t know what some of my life would have been if it didn’t exist in this world. I am not exaggerating on that fact!

For those of you who don’t know, “Kid Icarus Uprising” is a sequel to “Kid Icarus”, the 1986 Nintendo Entertainment System (NES) game, that fans of the original game waited 25 years for. It is about an angel named Pit who is the “Kid Icarus” so to speak, like the Greek tale of Daedalus and Icarus where they both make wax wings to escape a labyrinth. Then in the story, Icarus flies too close to the sun which in turn causes his wax wings to burn off of him and he falls to his death. The game is not fully based off of this story, but the title is obviously the best example of how this story slightly influenced this game. There are other ways that story influenced this game, but it is easier to explain those in the reasons why I am truly obsessed with Kid Icarus Uprising.

1. It made me love my 3ds more than I already did.

My 3ds was something I got for my 13th birthday as an unexpected present. I bought my first game for it with my money and that game was The Legend of Zelda: Ocarina of Time 3D. The whole experience of getting the system was great and I loved playing it more and more as my game library grew more and more.

You might be wondering how I got this game I am now obsessed with forever, even though I have played it through at least five times now. Well, that story is kind of simple, I basically got a really good report card and my mom told me she would get me a new game for my 3ds because I was doing so well in either the end of eighth grade or the beginning of freshman year of high school. I had done a lot of research and the cover of the game looked so intriguing and so did the description of the game, so that was the game I wanted to get to at least play the whole way through once. Little did I know that I would have so many adventures through that game and through it’s 25 levels over and over again!

2. The Story in General!

Alright, this game has it’s ups and downs to it’s story. If you haven’t played it and you are reading this, I don’t know why you are here, but I will warn you now that there are some spoilers here, just so no one complains later.

Now, this story is full of so many ups and downs. The beginning starts off with the main character who is an angel named Pit who serves the Goddess of Light, Palutena. Pit is the commander of her army and he is truly the main fighter of her army. Medusa, Queen of the Underworld, is the main threat who is coming upon the Earth. Palutena’s army had the job of going to help the Earth and protect the people of it.

From defeating Medusa to finding out Pit has a clone named Dark Pit to finding out that Medusa was just a cover for the real villain, Hades, Lord of the Underworld, to finding out about more threats like Viridi’s, the Goddess of Nature, army to try and protect Nature and when the Aurum aliens came to attack the Earth to Pit turning into a ring and Viridi coming onto his side to help save Lady Palutena from the Chaos Kin to Pit’s wings burning and Dark Pit having to go save him after Pit had saved Palutena to Pit finally defeating Hades in the very end, there is always a great adventure full of twists and turns. The whole story just has so many elements and it flows so well in my eyes. It just made me love this game even more than I already did to begin with.

3. It got me obsessed with drawing angels!

This whole game is based off of the world of angels, gods, and goddesses. Of course I would want to draw angels more after playing this. I drew so many sketches of Pit and Dark Pit, but it also encouraged me to make my own character since I had drawn so many angels and I got really good at drawing them. Below is a photo I actually drew of Pit and my own character a while ago.

4. The Comedy Sprinkled Within

There are so many references that are sprinkled within this game and the comedy really shines through those as well as when Palutena is being a wisecracker herself. One of my favorite jokes in the entire game is when in Chapter 19 Hades says, “It looks like the Chariot Master has played Donkey Kong.” while Pit is going through a section with lots of barrels on different floors. It is really a great moment and the entire game has many moments such as that one that I laugh at every time I hear.

5. The main character, Pit, is a male version of myself!

Pit is the male version of myself. He is truly one of the best characters I have ever seen related to myself besides Katara from Avatar the Last Airbender.

Pit is very loyal to people that he make promises to and does his best to do the best he can at everything he is told to do. He is basically the most loyal to Palutena and that is one of the biggest examples of this throughout the game.

He is very kind to his friends and puts other people first before himself. If they need help, he will do anything to help them, especially Palutena in his case. When she was captured and taken over by the Chaos Kin, he did everything he could to save her!

Pit is very naive and goofy. He makes little jokes that no one else really gets, but he loves them all the same. When others make jokes, he either takes them too seriously or gets confused as to what they are talking about.

I am all of those things in about the same ways as Pit and Pit is a great character that I relate to because of that.

6. This game inspired me to write my first full chapter story.

Kid Icarus Uprising is something I am especially obsessed with because it is the first game that truly inspired me to write a story about it. It was a kind of corny piece of fanfiction, a self insert x reader at that. It was turned into that when I decided to try for the first time, posting my work on the internet. The Angel (Pit x Reader) is not fully completed and I don’t know when it will be, but it is still up on the internet to view today, so if you are curious of how I am still obsessed with this beautiful game, that is the perfect way to see just that.