6 Reasons You May Want To Read The New Twilight Book, Midnight Sun

6 Reasons You May Want To Read The New Twilight Book, Midnight Sun

The book review no one is asking for, but the one that gives a way too thoughtful critique. 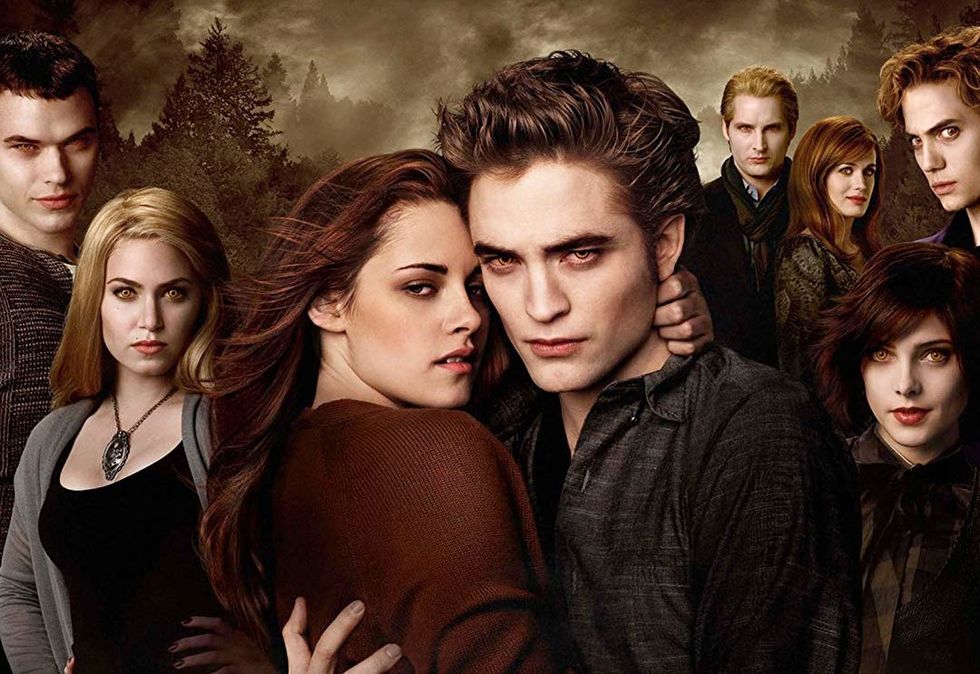 I read the newest addition to the Twilight series, 'Midnight Sun', written by Stephenie Meyer.

It was great to walk down memory lane and re-experience my angsty phase and cringey obsession with werewolves. And of course, who wouldn't want to revisit a world and story I loved so much in middle school? I have to admit though, I went into this with apprehension.

As I reread the Twilight series, I found it was cheesier than I remember, and not as well written. I am happy to say the book exceeded expectations and I found myself rethinking some of my critiques from the earlier books. Here are a few reasons you may wanna pick the book up too.

Fair warning though, there are vague spoilers ahead and references to the series!

The world building is so much better!

One of the major complaints I remember hearing about the original series is that the world building is very weak. We have two entire worlds, that of the vampires and that of the werewolves. There are hints at more than that. The werewolves aren't even true werewolves, as Edward has a moment where he is proving to the Volturi they are shapeshifters. This suggests there are more creatures than these in the world. Yet the story focuses on a teenager's crush and a vampire's obsession.

Now I have to defend Meyer a little bit - the main series is from Bella's perspective so we are only going to get as much as she understands about the world around her. Meyer also released a book as an addition to the series that gave family trees, history, and more. I do wish we could have seen more of that in the series.

What I can say about Midnight Sun is that the world building is much better. We meet characters earlier, and we get to see more into other characters as Edward's mind-reading abilities give us access to more perspectives than his own. Also, for only working through one set of eyes, she does a really good job of incorporating other people's thoughts in the story so we can watch the story unfold more.

We can also see a bigger connection between characters, and meet characters more in depth than we do in the original series. This stays true to the characters perspective, and does a lot more for the world building than we get in the first books.

We get more time with the supernatural characters.

Speaking of family dynamics, those get a lot more "screen time" than the relatable and boring human dynamics we see in the first book. We get to see how the vampires interact, and we even get an early look at the wolves' dynamic both through Edward's eyes and through the mind of one of the elders.

Now I don't know about other readers, but I like this a lot more. We don't need to know how Bella feels, it's too relatable, in a way. We are human reading about a human. This gives us a chance to read about things in a perspective of infinite time and physical ability.

We get to see the Cullen family interact a lot more, and, again, Edward's mind reading helps. We get to see the thoughts and emotions of the other vampires as the story's events unfold both approval and disapproval. We get Rosalie's disgust, Emmett's protectiveness, Jasper's hesitation, and Alice's eagerness. It's fun to see, and I'd pick it up just to nerd at your favorite character's inner thoughts.

You get all of the angsty inner dialogue you could want!

Remember how Edward was always portrayed as sullen and broody? And how much we swooned over the emotional distance he kept for so long into the story? Well we get to read all of that self-loathing put on display. His concern for Bella's safety and his hatred for what he is and how it affects their relationship is on repeat. So much it could almost be annoying.

It produces a very prominent slow burn as we read page after page of Edward's inner debate. But you better believe this will hit on all of your desires for a truly angsty character.

You get all of the romanticism you could want.

An undead being, alone for decades and now finding true love for the first time in his extended adolescence - cheesy, but very fun to read.

If you want your love letters and your pining and the love written straight out of a fan fiction, this book has it. There are times you really get a sense of Edward's obsession but more importantly, you see how he goes from truly hating Bella, to loving her.

Not only is it adorable but it fills all of your sappy needs.

The descriptions are a lot more detailed.

Edward being a vampire does more than give you an insight into other people's mind. You get to see more details because Edward sees and notices more detail. That makes a lot of scenes much more intense, especially that scene between James and Bella. We get to see every gruesome detail, and every beautiful detail.

Everything from his eyesight to his hearing is enhanced, so we get to take advantage of that as readers which works wonders for the story. A moment in Bella's eyes becomes several pages in Edward's, and it is more fascinating than monotonous. You don't have to be detail oriented to love the detail provided.

Let's be real, this is major nostalgia for most of us.

These books were one of my favorite series when they first came out. As cheesy as they were I loved Edward (though, sue me, I loved Jacob more) and I remember loving the way fantasy met such a familiar reality. I know for a fact I wasn't the only one. Reading this book, as much as it is better than the originals, gives you all the warm fuzzies you had reading the first books and then some as you can smile at your younger self.

Whether you were a die-hard Twihard, or a casual reader, this is a fun read. You don't have to be a major fan of the series to appreciate her growth and the (in my opinion) better side of the story. Plus, it's not a hard read, so it's a great break from school work on these increasingly cold and stressful fall days.