6 Movies Every Music Lover Needs To See
Odyssey
CurrentlySwoonLifestyleHealth & WellnessStudent LifeContent InspirationEntertainmentPolitics and ActivismSportsAdulting
About usAdvertiseTermsPrivacyDMCAContact us
® 2023 ODYSSEY
Welcome back
Sign in to comment to your favorite stories, participate in your community and interact with your friends
or
LOG IN WITH FACEBOOK
No account? Create one
Start writing a post
Entertainment

Nothing drives a narrative better than a rockin' soundtrack. 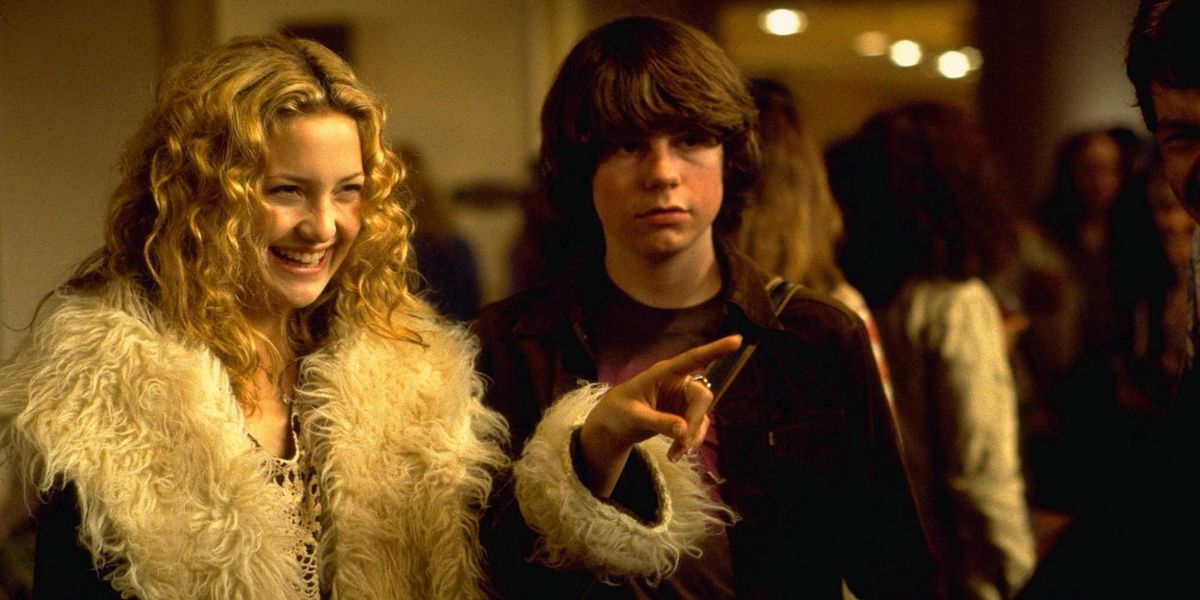 A good soundtrack can save an otherwise unfortunate movie. It can also take a good film and make it remarkable. In an era in which we're inundated with multimedia works, the stories of our favorite movie characters intertwine with our own lives, and a song can bring back the memory of discovering a favorite film for the first time, just like it can remind us of moments from our own pasts. The following movies are some of my favorites, not just for their quotability and memorable characters, but also for the wicked soundtracks that back the stories. There are, of course, countless other music-themed movies, some of which are objectively better than some of those listed here. Yet these are the six I will never forget:

I'll start out with the movie that might be my favorite of all time. I once threw a party themed after "Almost Famous" and made all my friends watch it. I wore my "Groupie: Looking for Musicians" shirt with pride that day, but only because I couldn't find a shirt that said "Band-Aid" (the preferred terminology in the world of the movie). If you were to ask me what my dream job was, I'd take the "dream" part seriously and tell you that it would be to work for "Rolling Stone" magazine in the '70s.

In this movie, teenage William Miller gets a chance to follow the band Stillwater on tour as he researches and writes an article for the publication. He's smart and awkward and totally a fish out of water in the rock and roll circuit. He falls in love with a "band-aid," Penny Lane (portrayed by Kate Hudson). He writes the article, and it's slated to be the cover story, and, well, go watch the movie. You won't be disappointed.

Stillwater is a fictional band, but plenty of real-life figures are portrayed (Philip Seymour Hoffman plays journalist Lester Bangs, for instance). The movie is full of great songs, great one-liners, and great clothes (I'd describe my personal style as"Almost Famous"'s Penny Lane meets Phoebe from "Friends"). While unfortunately, I'll never experience the 1970s, the music and clothes live on, taking up space in my house and inspiring great movies.

Across the pond, this British film is titled "The Boat That Rocked" which I honestly think is a much better title, but I suppose both capture the story at the heart of this film. Carl, a teenage boy in 1960s England is expelled from school and his mother sends him to live on a ship with his godfather, who runs a radio station from a ship off the coast. The BBC has a monopoly over U.K. radio broadcasts and refuses to play pop or rock music, so these "pirate radio" stations have been popping up in international waters, but close enough to broadcast to the mainland. The narrative entwines the government's attempts to shut the station down with the friendships Carl forms with the station employees (one of whom is played by Philip Seymour Hoffman), and Carl's attempts to identify his father, who he finds out is one of the men working on the ship. As a screenwriter myself, I struggle to write endings that are surprising but believable, and this story does it so well.

If you still need convincing, "Pirate Radio" was written and directed by the same person that wrote and directed "Love Actually."

This movie, based on a Nick Hornby novel, was on TV a few weeks ago, and I remembered how much I loved it. The film stars John Cusack as Rob, the owner of a Chicago record store (the book's set in London) who conceptualizes his life in top-five lists. He comes to terms with a bad breakup by formulating a top-five list of bad breakups and contacting the ex-girlfriends who have made the list. He gains clarity on each relationship while flirting with Lisa Bonet's character and trying to further the music careers of two teenagers who he initially caught stealing from him. Why watch it? It has a stacked cast (seriously, everybody is in it), an amazing soundtrack, and it plays with storytelling conventions really well (Rob often breaks the fourth wall and imagines scenarios that didn't happen, but it's never contrived or over-done).

I'll admit that this one hasn't aged all that well. I don't know if it's because everything about it is so blatantly '90s, or because I've gotten too old to relate to the angst-ridden dialogue. But it's still worth a watch, if only for the fact that the Cool Rider from "Grease 2" plays a washed-up pop star in it (Take Note: Rex Manning Day is in April). In it, a record store clerk is put in charge of closing duties and discovers that the independent store is about to be sold to a conglomerate. The employee, Lucas, drives to Atlantic City to gamble with the day's cash drop. He loses it, seemingly squashing the store's prospects of staying independent. The shop's owner and employees try to save the store. The employees each have their own teenage tribulations. Rex Manning shows up for a meet-and-greet. Like most of the movies in this list, the soundtrack is the best part. If this workplace dramedy had been set in any other establishment, it just wouldn't have been this watchable.

I'll admit that most of the movies featured here aren't Oscar-worthy, but this one won "Best Documentary Feature" at the Academy Awards, and for good reason. It tells the stories of backup singers, mostly immensely-talented women of color, who have worked with a long list of successful artists, including the Rolling Stones, Ike Turner, Michael Jackson, and Sting. It's loaded with great songs, classics you've probably already heard, but watching this documentary, you'll hear them in a new way.

And now back to the sludge-pile. Okay, I've written about this one before, and believe me, I know that it is terrible. But in a good way. It was nominated for the inaugural Razzie for "Worst Picture" in 1980, a year so rife with bad movies that they made an award show to commemorate it. I was trying to exclude traditional musicals from this list, but Olivia Newton-John/Gene Kelly/ELO soundtrack is the only thing about "Xanadu" I'd describe as "good." Although the hybrid big band/disco nightclub that Gene Kelly's character opens with a youngin', with whom he shares little in common except a love for Olivia Newton John's character, is pretty cool, and since everything bearable about his film is music-related, I'll make an exception.

Nicole Marie Nigro
Individual Creator
8363
c1.staticflickr.com
Where to start...... Let me start with the cliche that life throws us curveballs and what we do with it is what counts.