6 "So Bad, They're Good" Movie Musicals

Here are 6 awful movie musicals I wish I didn't like...but I love them. 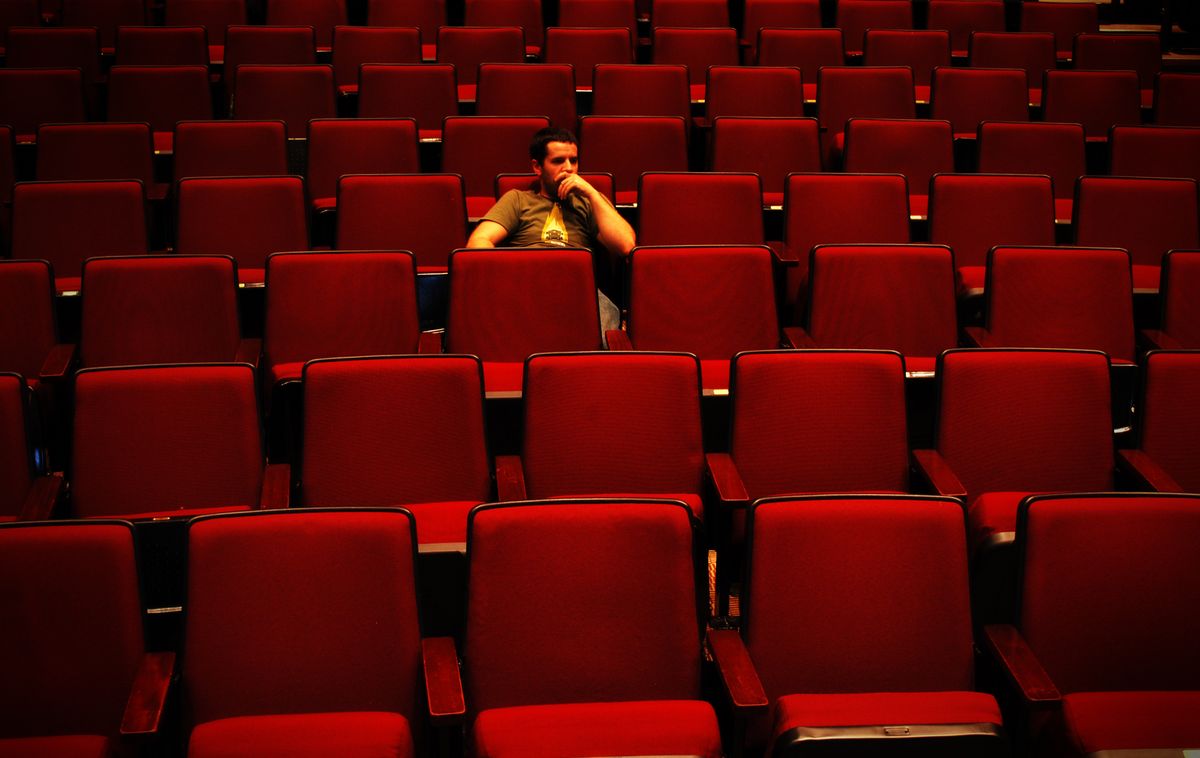 In many ways, movie musicals are the ultimate form of escape - not only do they transport you to a different time and place, but they take you to a setting in which it is acceptable to break out in song whenever you are met with conflict in your life. Who wouldn't want to live in such a world?

But for every "Singin' in the Rain" or "Chicago", there are a few movie musicals out there that are unbelievably bad...and yet, so unbelievably joyful to watch. Here are some of the movie musicals I love to hate (though I might legitimately love these movies and just be in denial about it!)

"Xanadu" is one of the classic so-bad-it's-good movie musicals, but there's actually a lot working for it. It has an amazing cast (Olivia Newton-John plays a muse who roller skates into a struggling artist's life, and had graced Gene Kelly's character's life a few decades before). Half the soundtrack is performed by ELO (at least on the vinyl version of the soundtrack, their songs are smartly put on one side of the album, separate from the cheesier songs that everyone else performs). But there are some questionable casting choices (the struggling artist, for instance, is played by an actor who delivers every single line super-flatly, and to add insult to injury, doesn't do any of his own singing). Don Bluth (of "The Land Before Time" fame...but only the first movie...see below..) produced an animated sequence in the middle of the film for no real reason (except maybe to mask the fact that the artist character doesn't do any of his own singing). The plot around the film revolves around Gene Kelly and this less-talented actor opening a hybrid discotheque/big band dancehall, but by the time the film was released, everyone had decided that they hated disco, which contributed to the backlash against the film. Here in the 2010s, where disco doesn't draw such ire, this movie is a cheesy but super-fun pastiche.

Fun fact: "Grease" was slated to have three sequels and a TV spinoff, but "Grease 2" tanked so badly that it never happened. I won't spend too much time on the plot since it's pretty identical to that of the first movie, except that the romance happens between an established Pink Lady (Michelle Pfeiffer) and a goodie-two-shoes guy (purportedly Australian Olivia Newton John's cousin from England, played by the actor who portrayed Rex Manning in "Empire Records"). The premise made the first movie wildly successful but seemed stale the second time around. But it's the soundtrack that makes "Grease 2" so lovably awful. Most of the songs are far-from-subtle sex metaphors under the guise of songs about bowling and patriotism, but there's also a song called "Reproduction" that doesn't even try to be covert. Still, Michelle Pfeiffer's "Cool Rider" is a pretty great song, and the T-birds are into motorcycles, not cars, this time around. So cool, so edgy.

Another disco musical which had the misfortune of being released in 1980, and an adaptation of the book of Genesis at that. The film's Eve figure doesn't do her own singing, and the temptation she's led into is one of glitter and cheesy dance music. Oh, and the whole thing takes place in the future, 1994 to be exact, and of course looks nothing like the 1994 any of us knew.

Okay, there were clearly a lot of bad movie musicals made in the 1980s, filmed all over the world. "Starstruck" is an Australian film, in which a young woman from Sydney who is determined to become famous gets into all sorts of antics with her teenage cousin as they plot ways to get the protagonist on a big variety show, despite their family's opposition to the whole thing. The whole movie pairs sort of awesome New Wave music with really cheesy visuals, which come to a head during the number "Tough," in which the man character discovers that the talent show's host, who she's been throwing herself at, is actually gay. There's synchronized swimming on inflatable sharks, because, of course, there is.

Later installations in the "Land Before Time" series might be worse, but I wouldn't know: on break from undergrad one year, my friends and I set out to watch all of the bajillion movies in a row. The night was a blast, but we started getting burnt out during this one when we realized they were recycling songs. If there had been a bunch of "Grease" movies, would we have started getting reprises of "Beauty School Dropout?" (No, we probably would've gotten reprises of "Sandy." Ack).

The first season of "American Idol" was undeniably one of the best, so of course, they tried to capitalize on it with a spin-off movie. "Tried" is the operative word here. I was actually obsessed with this movie in middle school, but even then was so frustrated with the premise (Justin Guarini and Kelly Clarkson play versions of themselves with different surnames, and meet during Spring Break. They take a liking to each other and sometimes break into song mid-sentence, but Kelly's bratty friend gives Justin her own number, telling him that it's Kelly's, and misunderstandings ensue). Still, the film introduced me to Anika Noni Rose (who went on to "Dreamgirls" and "The Princess and the Frog"). The songs are painfully poppy, but pretty fun anyhow. The dancing and acting leave a bit to be desired.

There are others I'm missing surely, waiting for me to discover them (or re-discover them...I left out, for instance, "Breakin' 2: Electric Boogaloo" since it's been so long since I've seen it). I'm still waiting for "The Room" to be adapted into a musical, but until then, there are plenty of classics that I love to hate!