6 Most Haunted Places in Easton, Pennsylvania 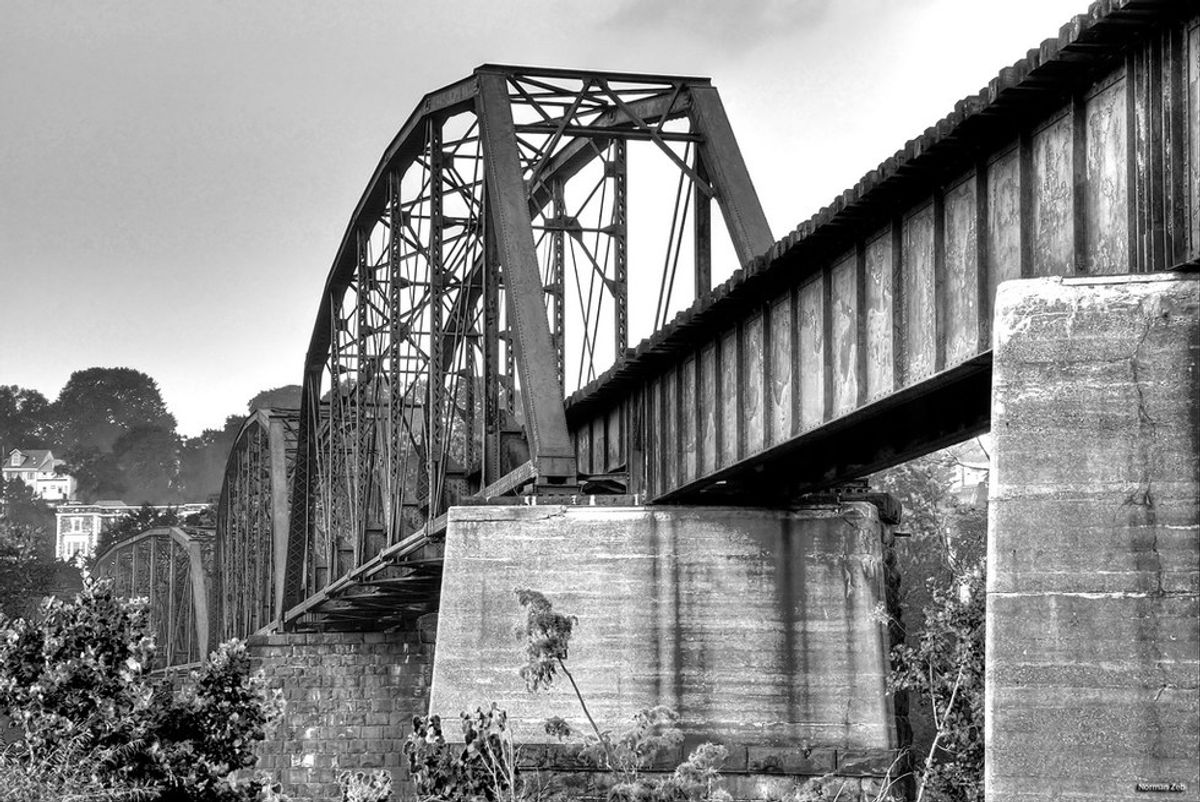 Easton is called historic for a reason! As part of my Easton Gems project (and to get into the spirit of Halloween) I've compiled a list of the most haunted places in our beautiful city. And by haunted, I mean there have been reported sightings of the paranormal.

Check some of them out this fall!

IIt could be argued that the State Theater is the venue for one of the most popular ghost stories of Easton. Originally opened as a bank, and then reopened as Neumeyers Vaudeville House in 1910, the building dates back to 1873 and is located downtown on Northampton Street. In 1926, the building was renovated into The State Theater. Since the 1960s and 70s, as the theater was on the decline, workers and patrons began to spot a mysterious figure wandering about the property. The local theater historian identified the figure as the ghost of J. Fred Ostertock, the man who managed the theater from 1936 until his death 1957. It’s believed that he reappeared in the 1970s to oversee renovation efforts and to watch over the staff. Osterstock’s ghost is welcome by staff and guest alike; in 2003, the Freddy Awards were begun in his honor. Today, sightings of him are less frequent, but it’s still worth checking out!

Some say the building's been around since 1773, others say 1782. Originally, the place was opened as the Black Horse Inn. In 1928, reputed mobster Saverio Damiano was shot near the restroom and consequently fell down a flight of stairs, enduring a traumatic head injury. No one's quite sure which killed him, and the murder remains unsolved to this day. Today, the inn is now a restaurant called Stemie's Place. The restaurant was actually featured in an episode of Animal Planet's The Haunted over reported sightings and hauntings. The owners believe these hauntings are due to Damiano's murder. You be the judge; pay Stemie's a late night visit! They close at 10 most nights.

Ever wonder about that tiny island that sits in the middle of the Delaware River downtown? Well, here’s some haunted history. The island was actually the site of an execution, and it is called Getter’s Island after the man who was hung there. In 1833, Charles Getter was accused by a local woman of fathering her child. Even though he was in love with another woman, he married the accuser to avoid prison. After a month, however, the woman’s body turned up behind a wall, strangled. Getter claimed innocence but was charged with his wife’s murder. He was marched down Northampton and was “hung twice” on the island (the rope snapped on the first attempt). He’s believed to still be haunting the island. Though this haunted site is not reachable by foot, take a night to go downtown (accompanied, of course) to take a peek out at this haunted Delaware River island. Maybe Getter is still there today.

Located downtown near the First Presbyterian Church, the school is believed to have started as a church affiliated business school in 1912 for local youth. Many churches and religious organizations started schools to educate people and lead to better economic futures and a better, more productive (God-fearing) community. Since around the 1960s, a female entity has been seen and her presence felt in the building. Not much is known about her, only that when she is spotted walking near the building, she’s preoccupied with finishing her remaining “chores” on Earth. Today, the Churchman School building is the site of Trendz Beauty Academy, a cosmetology and barbering school. Visit the site this fall, maybe you’ll see her wandering the property as well.

My personal favorite: Hexenkopf Rock. There’s no specific story or person tied to this site; there’s a plethora. Before the colonial era, the Lenni Lanape Native Americans used this rock as a site for spiritual rituals, meant to take evil and sickness from the body. When the Germans came to settle in Pennsylvania, the site became popular with local witches and doctors. There are actual records of witch prosecutions taking place in Northampton County. The rock was said to glow at night, the consequence of containing so much evil, though geologists claim the hill’s eerie glow is caused by a coating of minerals that have more or less worn off. Still, others argue the glow’s origins are paranormal. Some say the glow has weakened because the evil spirits are no longer trapped in the rock-- they roam free in the forest, looking for hosts. Others point to the unusual number of car accidents that occur within 100 feet of the Hexenkopf entrance. You be the judge! (Be careful though).

Even before the library’s opening in 1903, hauntings had been reported on the property. More than likely, it’s because the library was built on the grounds of the German Reformed Cemetery. Yeah, strange. Over 30 unclaimed people were moved before the library’s construction. Most of these remains were dumped into an underground cement vault, creating an unmarked mass grave. When additions were built onto the main library building, the cement vault was paved over to create a parking lot. Disturbing the graves there, some that are still there, has led to some irritated, trapped spirits. Many female entities have been siting since its 1903 opening. Library staff members and patrons report cabinets, doors, and drawers slamming and opening on their own, books flying off shelves, mysteriously moved items, cold and unseen touches, and full apparition sightings in the basement. If you haven’t visited the Easton Library yet, you definitely should! It’s a great place for ghost hunters and book lovers alike.