"I didn't get the chance to shove my gun up this guy's nostril, and that disappoints me." 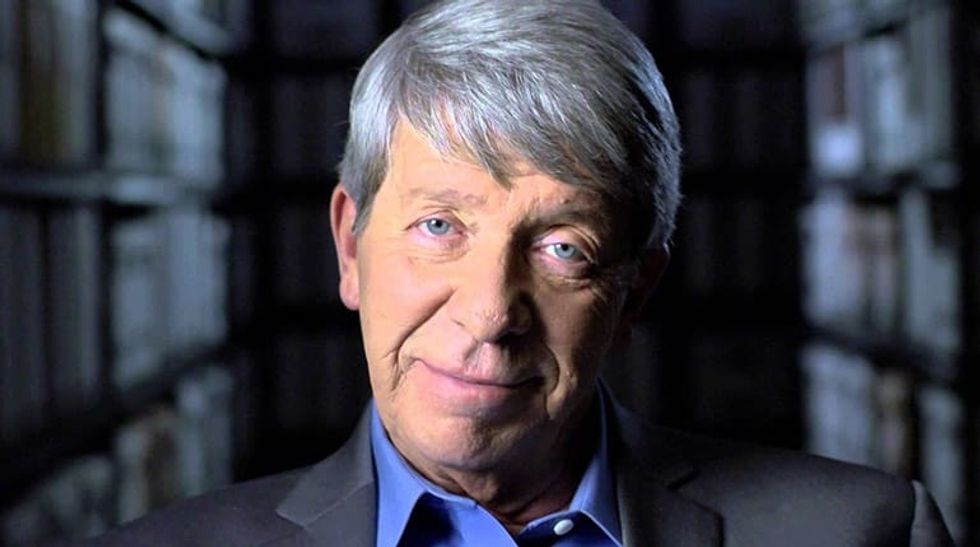 All good things come to an end eventually, and sadly that time has come for Investigation Discovery's "Homicide Hunter: Lt. Joe Kenda." Joe Kenda always has great quotes and one-liners while talking about the cases he worked on over the years. The show is so addicting because of Lt. Kenda's dry sense of humor and blatant answers.

Here are 50 (more) humorous and insightful Lieutenant Joe Kenda quotes all #IDAddicts need in their lives:

1. “This is why humans are so difficult to understand and so dangerous to behold.”

2. “At the beginning of this case, we were chasing ghosts. They’re not ghosts anymore.”

3. “What could a child possibly say or do that would warrant a violent death? Nothing.”

4. “It seems that somebody threw James Joseph Perry out of a 10th floor window of an apartment building in the Bronx. And he didn’t mount so good. Well, my, my, my.”

5. “I’ve always thought there is no such thing as a coincidence. They’re always suspicious. They happen more than once, they become evidence.”

9. “Cases can go cold. Not because the perpetrator is a genius. Because they’re just lucky.”

10. “In a case of sexual assault, it’s often ritualistic. The crime has nothing to do with sexual gratification. It’s about the punishment of women."

11. “He wanted to break up with her anyway, her disappearance has solved that problem for him. That’s his story.”

12. “I was always annoyed when I was in these budgetary meetings. I signed up to kick doors and pull guns on people, and I’m good at that. I didn’t sign up to read spreadsheets… I looked down at that pager, it said 911, and my thought was “bless you.” I just got out of this meeting."

13. “They run home. Just like they’ve done since the time they were three, they run home.”

14. “I heard a woman crying. I am a policeman, but I am also a human being, and there’s a natural instinct that you want to help someone in tears.”

16. “The officers try a normal knock, they don’t get a response… So, next, we try a police knock.”

17. “When he said to me this started over a girl, my interest was immediately peaked. The sex drive is a very powerful emotion. More than enough to cause somebody to pull a gun.”

18. “I didn’t get the chance to shove my gun up this guy’s nostril, and that disappoints me.”

20. “The only thing that Craig is sure of is that he’s reasonably certain this is North America.”

23. “If you lie to me, you don’t make me angry. You insult me. Don’t sit there and think that you’re smarter than me because you’re not.”

26. "My b.s. alarm is sounding loud and clear… and flashing bright."

28. “I'm gonna bury you so deep under jail they'll have to pump down sunshine.”

29. “When your day is as busy as mine is, it’s very difficult to do simple things. I take a moment to make a deposit to cover a check my wife has already written to somebody. And as always the case in drive-ups at a bank, the guy in front of you is passing 14 documents back and forth. You are always behind that guy. Can I just cover my wife’s check?" *gets call* "Well, I guess not.”

32. “Children don’t understand death. They don’t know that it’s final, and you can’t fix it. You can’t tell them it’s going to be okay because it’s not going to be okay.”

34. “Nothing good happens after midnight.”

35. “I would never raise my voice because it’s more frightening to people:” *calmly* “My name is Kenda from the police department. You are under arrest for murder. If you don’t do what I say, I’m gonna kill you right here and right now.”

37. “I can’t turn my mind off, and I certainly can’t turn off traumatic memory. You can’t. Like to, love to. You can’t. So I sleep in spurts. Hour or two then I’m up. Toss. Turn. Make my wife insane.”

40. “I feel a sense of rage. And I take it as a personal mission. I am going to find you. And I am going to grab you by the throat. And 12 of your peers are gonna decide what to do with you."

41. “Now if I was a guy who was gonna start a fire and that fire ignited, I think I’d be running as well.”

42. “I wasn’t smarter than anybody else. I was just more stubborn.”

43. “You’re not in here by invitation. You’re at a minimum a material witness, and maybe you’re more than that, so you need to drop the attitude and start talking to me or I’m going to make your life miserable.”

44. "It's not a crime to act peculiar, but if you act peculiar within 500 feet of a dead body, it piques my interest."

45. "If you want someone to help you cover up a murder, you might wanna pick someone with an IQ higher than...12.”

47. "We are here to talk about a homicide, not overnight parking. We aren't going to go away."

49. "They couldn’t organize a trip to the bathroom.”

50. "When she's really angry with me, she [his wife] calls me by my last name. And she pointed at me and said, 'Kenda, I can't wait for you to come home anymore.' Yes, ma'am. And that was the end of that. I was there on Friday and I wasn't there on Monday. No ceremony, no nothin'. Good-bye."