5 Vehicles That Must Return To 'Halo' 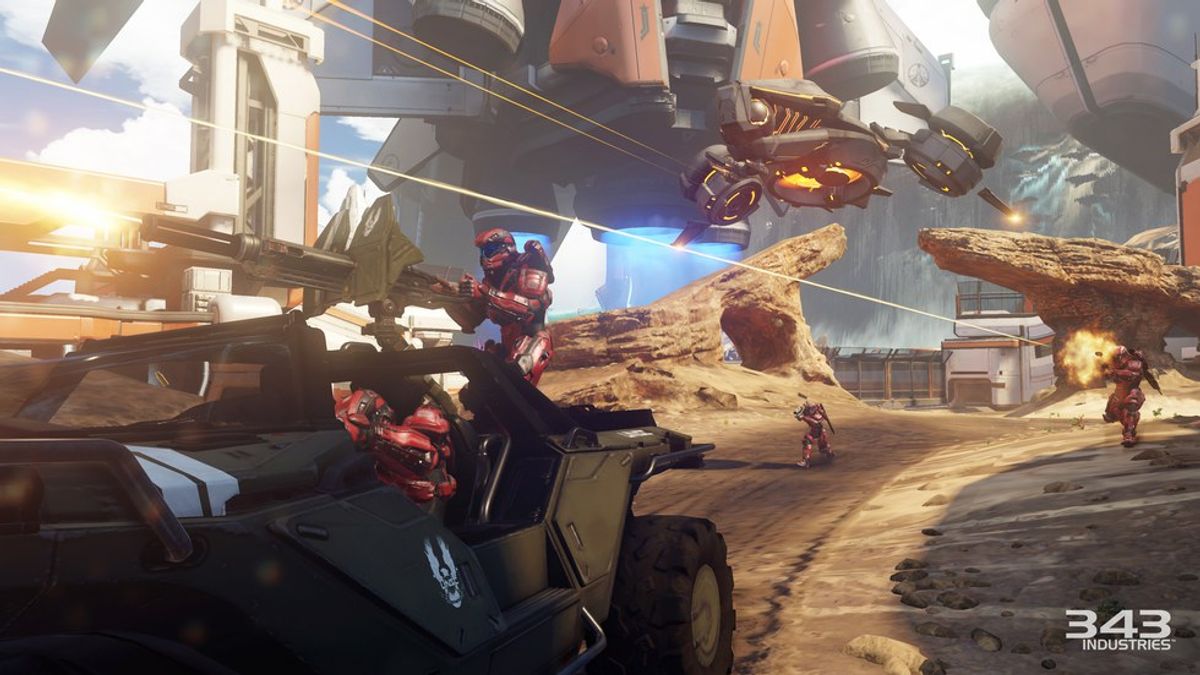 Although "Halo 5" did not launch with as much as I would have liked, it's quite reassuring to see that the developers have committed to monthly updates free of charge. Community maps have been recently uploaded to the Big Team Battle roster, new REQs have been released like the infamous Gravity Hammer, and more weapons and vehicles are on the way. I don’t know about you guys, but I am looking forward to the Hannibal Mantis and Scorpion coming into the mix.

Bring on the mechs!

That being said, I find myself wanting more vehicle variety even with the new variants of existing models. It seems as though previous games, namely "Halo 3" and "Reach," had a much more satisfying palette because they were different. And I know I’m not the only one who is still livid that we have not seen a human aircraft in a 343 game (I am not counting the Hornet in "Halo 2: The Anniversary").

Let us get into the five vehicles that I would love to see return to the "Halo" games, whether they show up in a later update or for the next game.

Some of you may not be aware of this vehicle, unless you played "Halo Wars." The UNSC’s primary defense against aerial threats, this beastly half-track is breathtaking when it comes to doling out damage. It contains unique upgrades within its debut RTS such as the ability to add a second missile launcher system and the bombardment ability if you need some artillery to decimate stationary targets. I would love to see this vehicle appear in a first-person shooter installment sometime, preferably with a driver that can handle the missiles and a gunner manning the auxiliary grenade launcher.

This vehicle could serve as the Covenant counter to the aforementioned Wolverine, but unlike the UNSC vehicle, this tank was once available for use in a past game. The only way you could pilot this thing, however, was by initiating a glitch that involved shooting the driver in the head while holding the action button in the right spot. Your patience will be rewarded when you see just what this thing can do. I always tried to board this thing whenever the opportunity came, and I absolutely devastated the Covenant forces foolish enough to let me commandeer their own hardware. One might think that this vehicle would be a little too powerful, but I would argue the projectiles traveled at a slow enough pace to balance the vehicle out. Trust me, you were not going to beat a Scorpion one on one with this thing, unless they weren't paying attention. If 343 brought this vehicle back with a little tweaking, then I think they could have a solid entry on their hands.

The UNSC don’t call this thing a chopper for nothing. This thing is so crudely and barbarically designed, its ramming ability can destroy smaller vehicles in just one hit. Warthogs aren’t safe, Ghosts cannot stand up to it, and Mongooses are easy prey against this thresher from hell! Despite the fact that it was prone to flipping over and offered no protection to the driver in the rear, it was impossible to pilot this thing and not feel satisfied. Invigorated, even. I can’t shake the feeling that if this vehicle showed up in a later update in "Halo 5," players might avoid destroying enemy Choppers just so they don’t have to wait to spawn their own in the game.

What’s better than a Scorpion tank? How about its big brother with extra armor and a double-barrel tank cannon? Another vehicle that debuted in "Halo Wars" the UNSC Grizzly is the powerhouse among powerhouses. It has such raw firepower and can hold its own against multiple weaker tanks. The super unit also has a canister shell ability that launches a projectile much like a frag grenade and blankets the target in digital shrapnel. 343 Industries have to, at the very least, consider bringing this into the mainstay "Halo" series. I can only imagine the epic tank battles that would ensue.

This is my favorite vehicle in the entire "Halo" series. I’m not joking. The Warthog faithful can criticize me all they want. I’ll be tearing up at their comments for about the time it takes for my heat-seeking missiles to deliver sweet, sweet vengeance from above. This vehicle was insanely powerful back in "Halo 3" but that did not stop me from spawning a pair of these in every Forge map I could. Because of this, it came as no surprise that this vehicle never appeared in online multiplayer until they introduced a downgraded version when the Avalanche map was released in a post-launch map pack. Despite this act of heresy, I absolutely loved playing pilot and escort whenever my friends and I played Avalanche online. When The Master Chief Collection launched, I was happy to see them available in the Anniversary maps, but the failed launch of the game killed my drive to make any Forge maps at the time. Nevertheless, the Hornet is quite iconic for the days of "Halo 3" and has made appearances multiple times in the universe since 2007. 343 seem to be fans of the Hornet, as they took the time to bring it back for "Halo 2: Anniversary" and include it as an aesthetic piece in a "Halo 4" map. I know I’m not alone on the Hornet’s potential comeback, and I would love to see this beauty in the skies of a Halo ring once more.