5 Things You Didn't Know About St. Patty's Day
Odyssey
CurrentlySwoonLifestyleHealth & WellnessStudent LifeContent InspirationEntertainmentPolitics and ActivismSportsAdulting
About usAdvertiseTermsPrivacyDMCAContact us
® 2023 ODYSSEY
Welcome back
Sign in to comment to your favorite stories, participate in your community and interact with your friends
or
LOG IN WITH FACEBOOK
No account? Create one
Start writing a post
Lifestyle

Are we even celebrating it right? 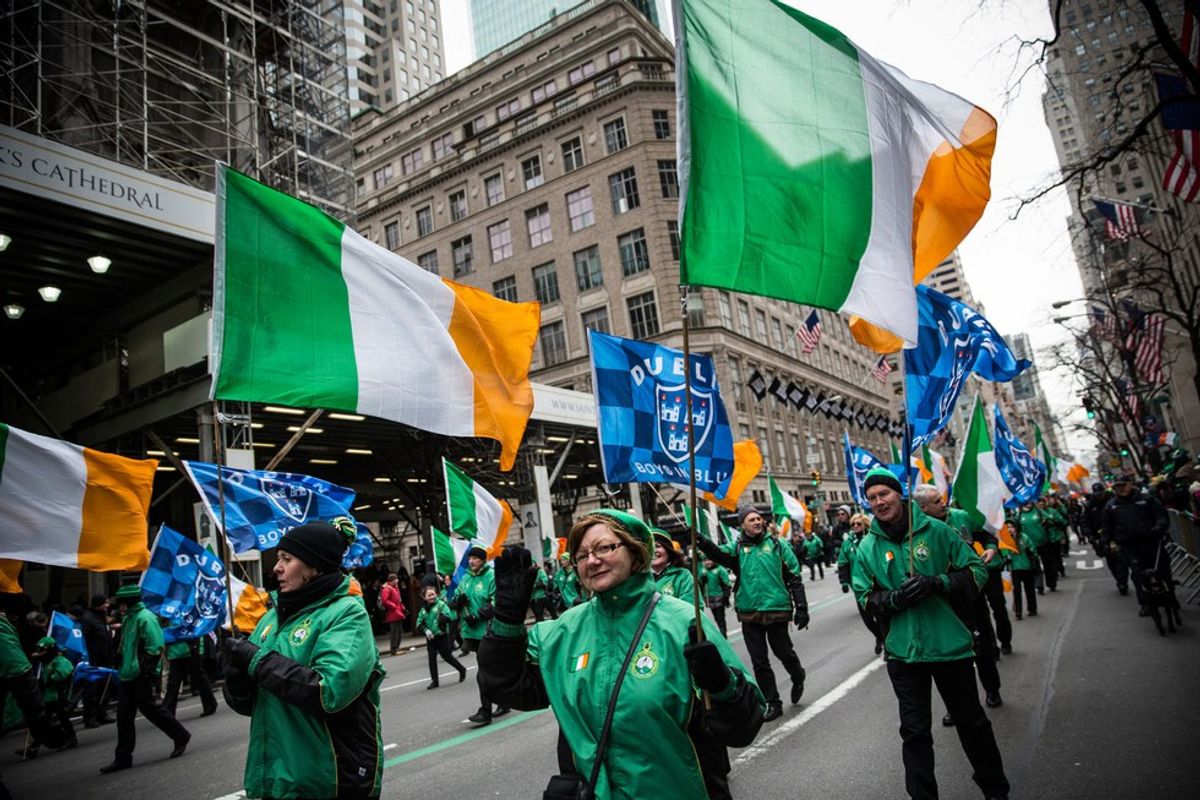 Saint Patrick's Day is definitely one of the more popular holidays celebrated in the United States. Not only is it a reason for people to celebrate their Irish heritage, it's an excuse for Irish and non-Irish alike to wear lots of green and party in the streets. But why is this even a thing? I mean, I'm Irish and I'm still not too certain I know the reason. So, as usual, I did a little research. Here are a few things I learned about St. Patty's that I never knew.

This really surprised me. As far as I knew, this had always been a thing! But, apparently green used to be considered unlucky. Blue was the color most often associated with St. Patrick, as well as the country of Ireland.

2. Saint Patrick isn't even from Ireland.

Wait what. This is the whole point of the holiday. Alas, Saint Patrick originally was from Wales.

It is supposed to stand for the Holy Trinity: the father, the son, and the Holy Spirit. He is a saint, after all.

4. Speaking of the shamrock, it isn't the representative symbol of Ireland.

If you look hard enough through Irish culture you'll notice a lot of harps. That's because the harp is actually Ireland's symbol.

It's hard to believe there was ever a time that this was a thing. This happened because for a while, it was considered a religious holiday. After 1970, it was back to being a national holiday.

QueenRadhi
The State University of New York at Stony Brook
2791