5 Things I Learned In Ireland
Odyssey

5 Things I Learned In Ireland 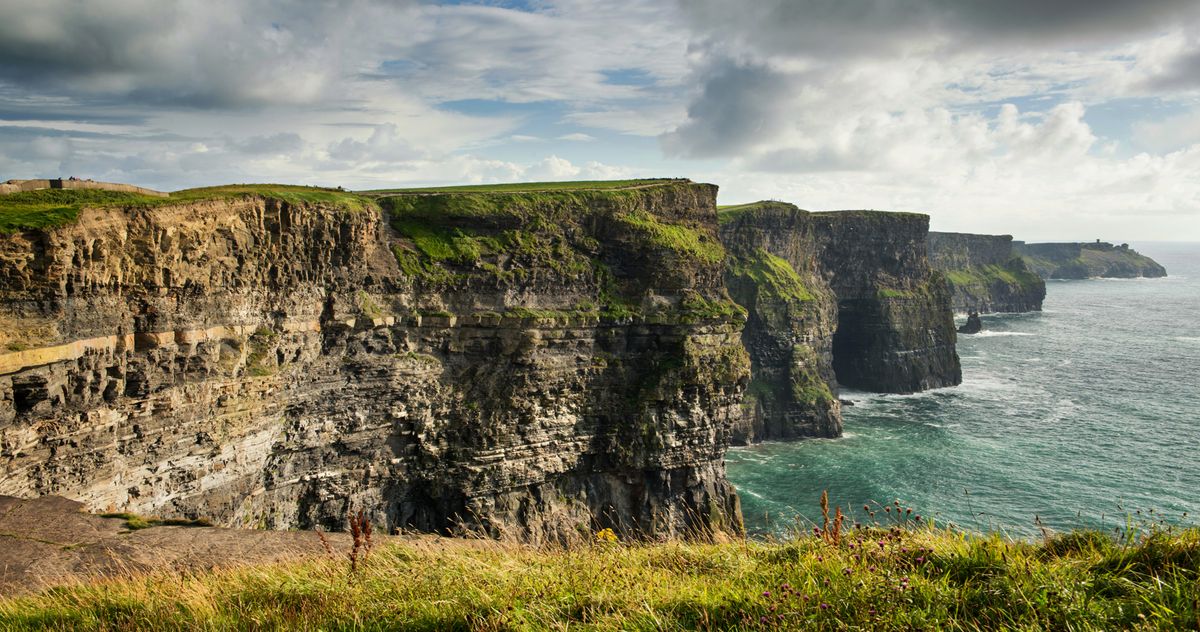 I traveled to Ireland this summer. My family had been planning this trip for years, but my high school graduation was the event that prompted the actual purchase of the plane tickets. I spent months learning about their culture and their history, because frankly, I didn't want to be seen as a dumb American tourist who didn't know anything about other country's history. Even though all I really did learn about Irish history in high school was the potato famine and even then, it was a short lesson.

The anticipation was overwhelming at times. I held Ireland at high, almost unrealistic standards. I wanted to see the scenery and the lands and have it change me. I wanted to feel different. A person cannot change you, no matter how hard you wish it. The same must be thought of for a place.

We were on an overnight flight to Dublin. The first thing I heard when I got off the plane were heavy Irish accents. I was immediately entranced. Accents were always a weakness of mine.

A small town girl from Ohio now seeing a different part of the world. We got our rented car and took off to Galway. On the way there was when I realized, although beautiful and much more historic, Ireland looked a lot like Ohio. Farm lands and a lot of live stock. It didn't look much different. My excitement ran a little dry when I saw the undeniable truth: Just because you go to a different part of the world, doesn't mean you're in a new one.

I came back to Ohio as the same person. It was a little unsettling. Traveling was always so interesting to me. I thought so much more would be different about the people and the way they lived their lives. I expected Irish people to almost be aliens to me. The truth was, not many of them even flinched at my American accent. They were humans living as human of a life as I was.

The trip wasn't completely a bust though. I did learn so much more about Ireland, saw some incredible castles and buildings, met some of the most friendly people I ever have, got serenaded at a pub, talked to older fishermen in the rural part of Dublin, and most importantly, looked at life just a little different than I did back home.

Here are a few things I learned about myself in Ireland:

I live my life in a constant Go, Go Go! I don't take the time to slow down and appreciate what is in front of me. My sister is home with her son for the year and I found myself wishing the time away because I can't wait to move into my dorm. That's no way to live a life. Wasting time and wishing it away just to get to the next checkpoint in your life. It's almost as if I had learned the time in between the bigger parts of life proved to be more important.

2. It's okay to have fun and enjoy yourself.

Growing up, I was the girl so uninterested in parties and drinking it hurt. I always saw the people in that scene as lazy and disconnected from what mattered. Yes, I was that annoying girl in high school. In Ireland, it was legal for me to drink and go to all of the pubs. I went out most Friday and Saturday nights and had genuine fun. I didn't even drink that much and yet, I had fun listening to the live music and laughing with my sister. Instead of always worrying about what was next in my life and how it was best to achieve it, I forgot about the future for even a night and let loose. I enjoyed myself in complete bliss without a care in the world.

My mother is a fan of comedy clubs. Lucky for her, Ireland has an abundance of them. She booked tickets for two of them, one in Galway and the other in Dublin. I hadn't laughed that hard at a comedy show in a while. (And as a strong tip, sit in the front. Make light fun of yourself and let others too). My heart felt happy and full, as cheesy as it sounds. Having my mom and sister in tears laughing over the comedian making fun of my mom's name, it was one of the highlights of the trip. Ireland has some of the funniest comedians I have ever seen. I highly suggest them.

This lesson I learned while we were visiting the Cliff of Moher. A beautiful natural cliff with the prettiest views. It was freezing and I had to buy a sweatshirt because I was in no way wearing enough clothing. My sister and I stood on the side and just started at the beauty surrounding us with people playing music, other painting and even more writing in their journal. I have never felt so at peace than standing there looking at the water hit the cliffs and listening to the chatter around me. Take in the moments that feel all the most peaceful. They don't come very often.

5. Family makes it all better.

This wasn't something I necessarily learned while in Ireland, but it was something that was ultimately confirmed for me. This trip would't have been nearly as special as it was without everyone who came along with me. If they're reading this (especially my mom): I want to thank you for making this trip the best that it could have been. Family really does mean everything. My memories are endless with them, and Ireland gave me more to be thankful for.

The take away from my truths are, a new place, country, even state can't change you. It cannot make you different. All the people are still human and live life looking for the same things as you are: a job, a family, a partner. You can't expect it to change you. What you can expect is to see things in a different way and if not, get to see a beautiful place and make new memories.

I wish everyone the happiest of travels, wherever they go. Live it up. Don't waste a single second.