Five Struggles You Relate To If You're In Greek Life
Odyssey
CurrentlySwoonLifestyleHealth & WellnessStudent LifeContent InspirationEntertainmentPolitics and ActivismSportsAdulting
About usAdvertiseTermsPrivacyDMCAContact us
® 2023 ODYSSEY
Welcome back
Sign in to comment to your favorite stories, participate in your community and interact with your friends
or
LOG IN WITH FACEBOOK
No account? Create one
Start writing a post
Student Life

Five Struggles You Relate To If You're In Greek Life

Because it's real, and a big deal! 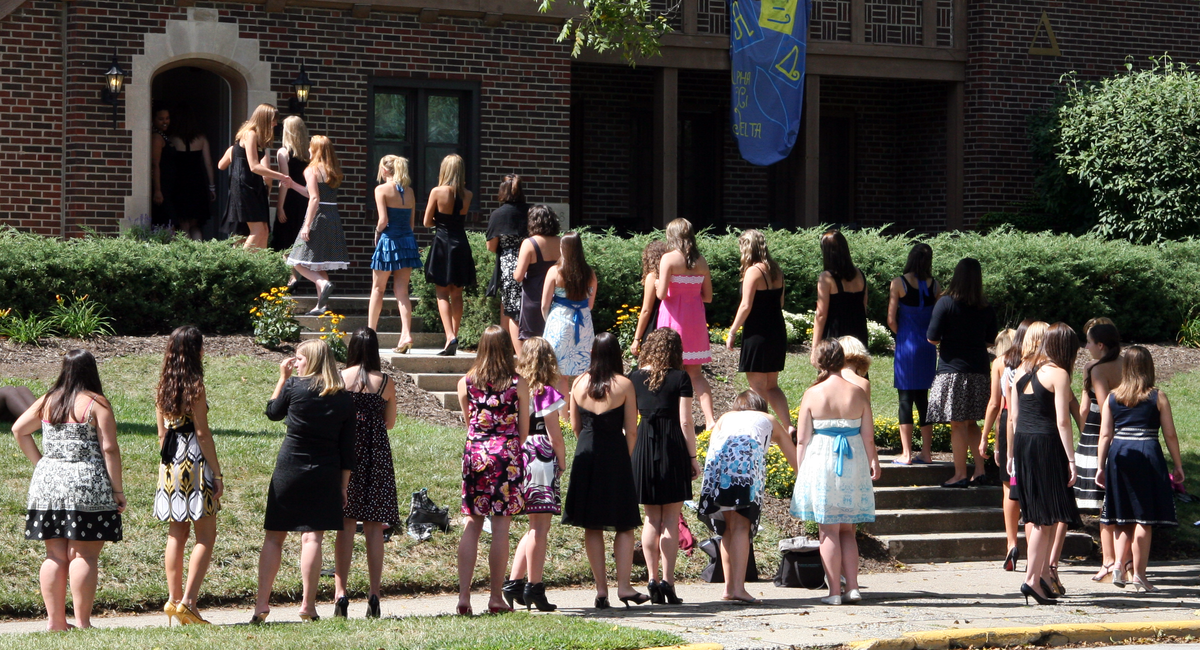 Pretty much every college campus in America has some form of Greek life whether it be a national or local organization, and Hollywood has given their portrayals of what they think that lifestyle is like. However I can tell you from personal experience it is nothing like in the movies, and there aren't always super glamorous moments happening everywhere. If I'm being honest, there's a lot of crap Greeks have to go through that nobody talks about.

Everybody assumes that Greeks are super popular and have a lot of friends and admirers, but nobody ever discusses the friends you lose for joining an org. They may think you're trying to buy friends or that they aren't good enough for you anymore and get mad at you, offering an ultimatum, me or them. Or they may join a different org and you two never talk again There may also be the friend that feels like you're selling out and trying to be someone you're not, when in reality you're just trying to explore yourself within another group.

2. Constantly having to fight the school administration

Whether it's trying to have a bake sale or fighting being disbanded, there's always some sort of battle happening. Want to have a Greek Week event? File a formal description, a validation of use, itemized list of purchases, and copies of your social security number, birth certificate, and fingerprints. Oh, and don't forget your immortal soul, too! Another org on campus does something stupid, and everybody gets interrogated to make sure everybody is 'behaving' because each org is totally the same.

...And it really hurts! Probably the thing that bothered me the most in my sorority was when people would say we buy our friends. First of all, we collect dues once a semester and that money goes to buying new merchandise and supporting events that school funding won't really cover. Also, the events covered by dues are only Greek Week, which is for recruitment and to fund bake sales for charity. Yeah, big surprise, we actually do charity and the money actually gets to the organization. That is, after the university takes their cut for money they contributed.

4. People don't want to join due to fear

Don't get me wrong, hazing is a very serious issue and should NEVER be tolerated, but people assume that all Greeks haze their pledges and that's just not true. In my org, we didn't have to do one of the activities during our process if we felt uncomfortable or that it would put us at some sort of risk. Then we would collaborate with the pledge to find an activity worth the same value as the activity she could do instead. Usually we'd let her choose from a couple of options. Another misconception is that we're super cliquey and we don't like outsiders. Riddle me this, do you think people would join an org if the people didn't try to be nice to outsiders? Also, I always sat with my friends who were in other Greek orgs during lunch and always welcomed my non-Greek friends to join.

5. We have GPA requirements to keep up

On top of all our Greek activities and meetings we still have to find time for homework. If we fell below a certain GPA, we would have to go on academic probation to improve our grades, and if more than half the org was on probation, the sorority would go under review and they'd monitor us to see if our grades improved. If you were on academic probation from the org, you weren't allowed to participate in activities and meetings.