I promise, you're not going to regret it. 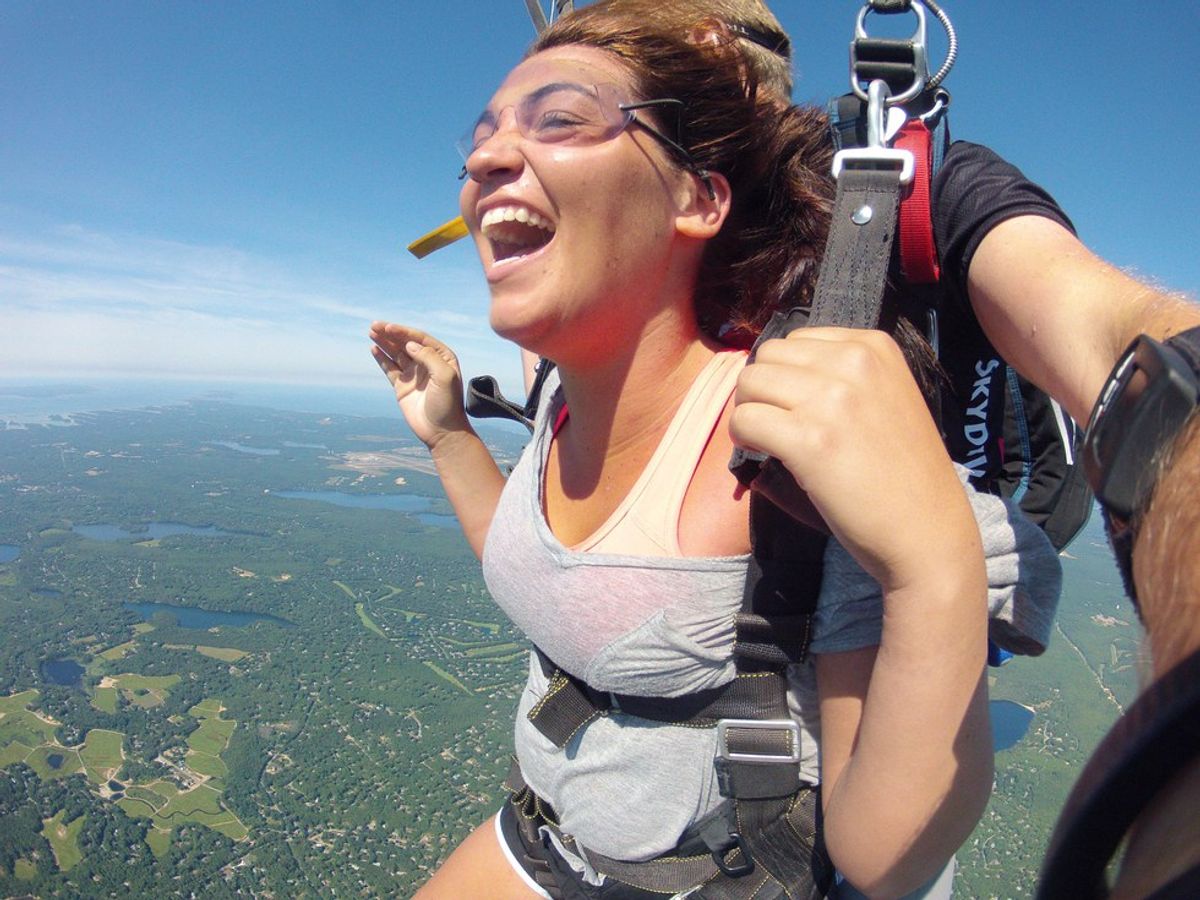 I know- for a lot of people, the idea of skydiving doesn't seem like one of the most appealing of situations out there. I mean, after-all, you are jumping out of a plane, and with all other details aside, the most a person can really do in this given scenario is follow exactly what your instructor tells you to do and cross your fingers that everything goes smoothly until your feet hit the ground again. This isn't exactly the type of chance that a lot of people are willing to take. On the other hand, however, there are probably just as many people that have either already been, or are anxiously awaiting for their opportunity to someday go. Regardless of where you stand, take it from somebody who has already lived through the experience first hand- it's a chance that everybody should take at least once in their lifetime. I'm serious, put whatever fears and worries you have aside and just go for it. I promise you won't regret it. And since I'm sure me simply saying "go for it" probably isn't enough convincing to get you to actually hop on a plane and go, here are five legitimate reasons you should take into consideration when making your decision-

It's honestly like no other. I mean, it's not every day that you find yourself plummeting to the ground from 20,000 feet in the air at 120+ mph. And while that may not sound like the most enticing description for some people, just think about the rush you'd get from actually doing it. Despite popular belief, that sinking feeling in your stomach that you get from going down a roller coaster isn't a part of the experience at all. If I had to describe it in any way, it's kind of like sticking your head out of the window while speeding down the highway. Not too bad, right?

Chances are you have no idea just how beautiful the area you're in actually is just by looking at it from the ground, but skydiving above it will give you the perfect opportunity to find out. Once free fall is over and the parachute has been pulled, there's not many things you can do while dangling there besides appreciate the view and everything around you. If you're like me, once you're up there you probably won't even want to come down.

I'm telling you, getting the pictures is worth the extra bit of money, especially if it's your first time. You never know just how ugly you can become until your face is being pushed back by 100 mph winds and you're free falling from a plane. It's hilarious. And if you're lucky, you'll even get some really cool ones that you won't be too embarrassed to show all your friends.

Because regardless of whether or not you were all for it from the beginning or it took years of convincing to get you up there- skydiving takes some serious guts. It feels really good being able to check it off your bucket list.

It's such a surreal feeling. The entire experience- from watching the training video and harnessing up with your parachute, to squishing in the tiny plane and maneuvering your body so that 3 other people can somehow fit in it with you. From the pilot letting you know that you're about to reach the perfect jumping spot, to realizing that it's time for you and your tandem instructor to attach your harnesses and get in position. From the moment the door opens and you notice how high you are, to the initial plunge and everything else that follows- the entire experience is a memory that you'll carry with you forever. It seems scary, but I promise it's worth the risk. There's always a chance that something might not go as planned, but that's how life works. Something might not go as planned while you're crossing the street one day, or while you're driving to work tomorrow, but that doesn't mean you're never going to do those things. Life is for living, right? At least with skydiving there's a cooler story.