How learning to draw from life taught actual life lessons. 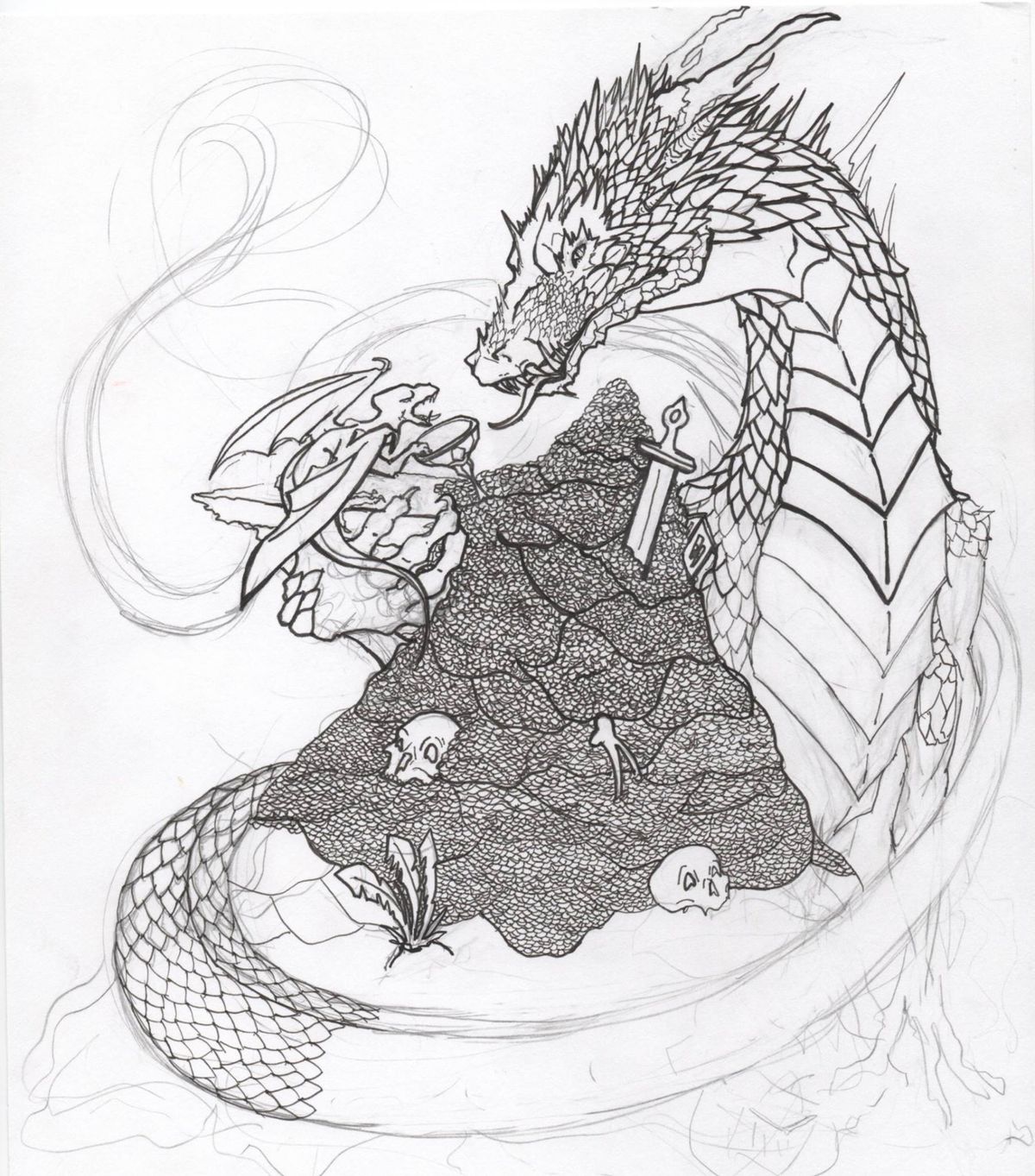 Before coming to the University of Scranton, I attended a small college in upstate New York to study visual art.

My concentration was in illustration where I spent many consecutive, grueling nights in the studio trying to replicate things that I never used to notice. Trying to portray the way that light refracted through a glass Coca-Cola bottle and studying how objects cast shadows on different surfaces became my daily frustration.

While I’m no longer in art school, I still carry the lessons that I learned there with me in my everyday life. If you’re willing to think a little bit abstractly, the lessons you hear as you learn to draw from life can also be applicable lessons to approaching your own challenges.

1. Look at things for what they are, but don’t overcomplicate them.

Every art school that requires you to submit a portfolio upon application will probably challenge you to draw something that doesn’t look easy. A piano, a chessboard, a bicycle: all seemingly mundane objects that at first glance can seem intimidating to replicate.

It’s often productive to approach an overwhelming task by breaking it into smaller, more manageable parts. The piano becomes 81 keys, the chessboard becomes 64 squares and the bicycle’s wheels are supported by a multitude of metal spokes.

However, the objects can be broken down even further. At their simplest form they are nothing more than a mixture of parallel and intersecting lines that are oftentimes evenly spaced apart.

By viewing these objects as nothing more than lines, it feels much less intimidating to start sketching. It also helps to lay down a more concrete foundation that you can later work the details into.

Approaching a complicated task without careful observation can result in reckless mistakes.

2. But remember, it's often helpful to look at things for what they are not.

Drawing the object in front of you isn’t the only way that you can replicate it. You can also render it by drawing exactly what makes up the empty air surrounding it; the negative space.

Sometimes the most productive way to overcome a challenge isn’t to confront the problem directly, but to identify what is happening in the space around it.

Developing a strong understanding of the context that your obstacles exist in can act as a stable starting point for overcoming them.

3. The pathway to success can look horrible.

I can’t count the number of paintings that I thought looked absolutely stunning when they were works in progress. That’s because there were none.

The amount of trust that I had to put into my own knowledge and process was incredible. If I didn’t learn to have that trust in myself, I wouldn’t have any finished work.

Trust that the path you’ve put yourself on is the right one. However, don't be afraid to make adjustments. Sometimes those adjustments will be small. Other times, they involve folding the hours of progress you have made into the back of your sketchbook and starting from scratch.

4. More often than not, focusing on the bigger picture is more beneficial than obsessing over the details.

A common obstacle that people encounter when trying to draw a human face is struggling to make it look proportionate. This is often because they focus an unproportionate amount of time on individual features such as the eyes or mouth.

Considering that we look at other people’s faces every day, it’s easy to notice when a drawing of one is even a little bit off.

Approaching a drawing as a whole is more likely to produce a balanced image than beginning with one perfect, detailed eye. That perfect eye means nothing if it is double the size it should be to fit the rest of your piece onto the canvas.

Apply your attention to your specific situation in its entirety rather than getting overwhelmed or obsessed with one aspect of it. The time to straighten out details will come later.

Light can highlight a person’s best or worst attributes as easily as it can hide them. In fact, light can render an object unrecognizable depending from which angle you are looking at it.

The moon is beautiful and bright on one side, but it is always lonely and dark on the other.

Keep this in mind when feeling down on your luck or envious of your peers. They may be choosing to cast their light only on the qualities that they want you to see.

You also might need to observe the way you’re casting light on yours.

Dear Freshmen, What If I Told You College Is Supposed To Be Fun AND Hard?