5 Most Ridiculous Pieces of KISS Merchendise 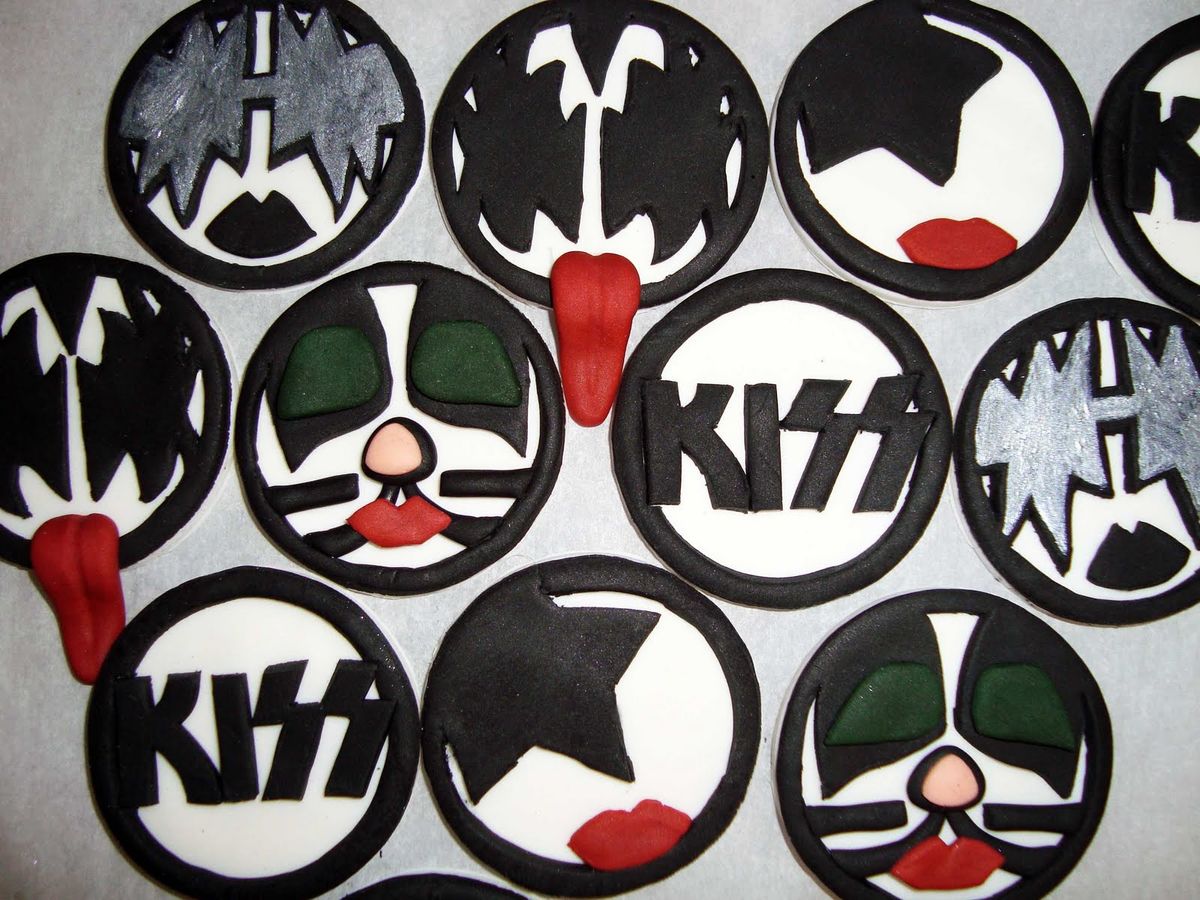 Recently the illustriously greedy and stupid Gene Simmons from KISS pulled his greatest plunder yet, he tried to trademark he devil horns hand gesture. Once you get past the initial absurdity of this statement it’s no hard to find a ton of reasons – besides the greed – why this had no chance of working out for Simmons. First, the gesture Simmons tried to trademark wasn’t even the devil horns at all. It was the American Sign Language symbol for “I love you”, which has the thumb, pointer and pinky finger raised in contrast the devil horns has only the pointer and pinky finger raised. Secondly, there is hard proof that Gene Simmons had nothing to do with the invention of the devil horns nor did he bring it into popularity. That achievement goes to the late, great Ronnie James Dio who is credited for popularizing the devil horns. In fact, Dio’s widow after calling Simmons “disgusting” – among many other things – noted that John Lennon and the band Coven used the gesture as far back as 1969 on their album covers. Its no surprise then that after backlash from fans, fellow rockstars and just about everybody else Simmons quietly retraced his patent for the devil horns. Of course this incident is only the latest in the innumerable attempts Simmons has made to make a quick buck. In this article we’ll be looking a the five most ridiculous items of KISS merchandise and trust me, it gets pretty weird.

Ever wanted to smell like a bunch of old dudes who still wear makeup and think they’re cool and relevant? Wanna have that warm musk of aging rockstar sweat and day old prune juice? Well the wait is over! In case you were getting tired of dumping a full can of Axe all over your body and suffocating your middle school homeroom now there’s a whole new level of douche-bag you can ascend to. Seriously though, most of the reviews I read on Amazon said they only bought the cologne for the bottle and the contents inside smelled like shit. To quote one of the reviews directly, “if you wanna smell like a cabbie who hasn’t taken a shower for months” then go for it. Oh and ladies don’t worry, there are plenty of KISS beauty products for women too.

Unlike the cologne and deodorant there’s nothing wrong with the actual product itself. It’s toilet paper after all it’s pretty hard to mess up. But the fact that KISS and Hello Kitty are being sold together in anyway jut astounds me. In what way do American shock rockers mix with a cute Japanese cartoon cat? It’s the ultimate example of the kind of selling out KISS – and more notably Gene Simmons – has been made infamous for. And then there’s the toilet paper. How do these three things go together at all? You know there was no way Simmons came up with this on his own either, he’s way to old to know what Hello Kitty is or to be able to use the bathroom on his own. Some guy pitched it and Simmons being the money grubber that he is, probably didn’t look at it twice before it went to market. I just don’t understand how anyone thought this was ok.

In case your date wasn’t already impressed by the wide array of selection at the Cicis pizza you brought them to, wait till they get a load of this! I don’t think it’s actually possible for you to be taken seriously as an adult if your walking around with a KISS credit card in your wallet. People will laugh at you, behind your back and to your face. Forget using it at any fancy restaurants or really any public place where people are gonna see this thing. I suppose you can use it at the gas tank though Ace Frehley’s fire guitar licks might just blow you sky high. Point is, you can customize and stylize a lot of your things, your credit card probably shouldn’t be one of them especially if it’s lookin like this.

That’s right, you read that correctly. KISS has officially licensed air guitar strings for all you adoring fans out there who wanna sounds just like KISS without the hassle of learning the guitar. I’d like to hope that this is some fun gimmick like a pet rock or something but at the same time Gene Simmons may just be that greedy and that stupid so it’s hard to say how what his intentions behind this were. Much like the pet rock the name says it all, it’s just an empty plastic bag with some KISS logos plastered outside. So put down your fidget spinners kids and hop on this hot new trend and blow your money on something even more useless!

And finally to round off our list, perhaps the ballsiest piece of KISS merch of them all. No really, Simmons has to have some pretty big cahonies if he thinks guys are gonna wanna wrap a latex version of his face around their dong or that any ladies are gonna want that inside them. I guess this one is only for the really dedicated fans of the KISS Army, not some rational poser like myself. If the image of Gene Simmons and his cow tongue on your contraception wasn’t creepy enough for you, the condom packages themselves advertise the condoms as “tongue lubricated” and condoms is spelled with a “K” in klassic KISS fashion. So yeah, if you’re looking for a Halloween costume for your dick this might be right up your alley, otherwise I don’t see much use for them.


So there you have it, some of the worst KISS products around. Of course these are only five things. There’s so much more out there to discover, so much more cringe to be found and I think if you look hard enough you might even be able to find something that makes you lose respect for Gene Simmons just a little bit more. So go out, scour the web and stores to find the worst KISS product out there! Maybe you can even find something that tops what’s on this list.