Because we all say it. 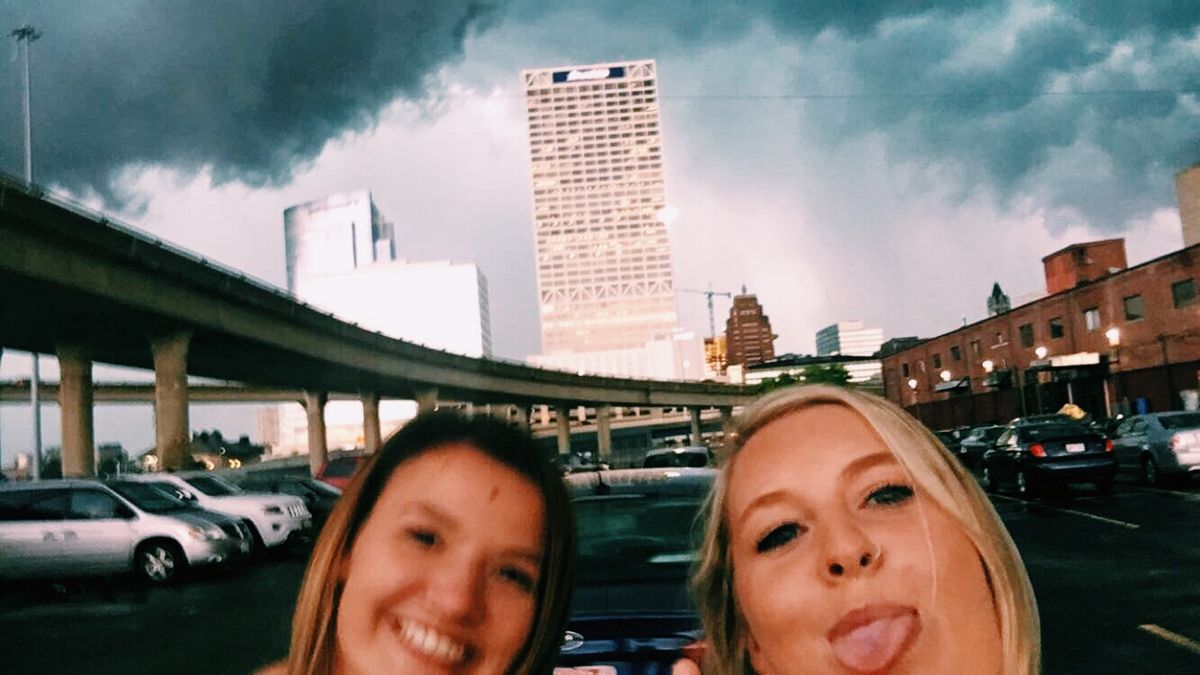 It's not a term that is known to be said, not something you can find in the dictionary, but you can find yourself saying in in any of the below case, and once you realize you do it, you just can't stop:

1. When bumping into someone

3. When spilling their beer

"Ope, I seem to have spilled my beer."

4. When Wisconsinites cut the cheese unevenly

"Ope, my cheese is messed up."

5. When they accidentally sit on the remote and change the channel

6. When pushing a door that is a pull

7. When they accidentally get a diet coke instead of regular

"Ope, this is diet, I asked for regular."

8. When they walk outside and it's a little more chilly than they thought

"Ope, I should have worn my warmer jacket."

9. When someone else is about to talk right at the same time they are

10. When the power goes out

11. When someone cuts them off while walking

12. When they're in a stall with no toilet paper

13. When the Starbucks calls your name incorrectly

"Ope, it's actually Sierra, not Sienna."

14. When someone says they don't like people who do something that you lowkey do

15. When they skip a step while going up the stairs

16. When someone calls the wrong number

"Ope, I think you have the wrong number."

17. When they feel the first rain drop

"Ope, it seems to be raining."

18. When they drink coffee right after it finishes brewing and burn their tongue

19. When they slip a little bit on ice

20. When they slide their card at the checkout before realizing there is a chip reader

"Ope, you have a chip reader."

21. When they knock to see if anyone is in the bathroom and there is

22. When they go to order food and someone else start's ordering at the same time

23. When they mispronounce something and someone corrects them

24. When they accidentally put the milk in the cubboard instead of the fridge

25. When shopping and a mom tell their daughter a shirt would look cute on her but the daughter already has the shirt

26. When sliding though the aisles of the movie theater and they accidently touch someone sitting down

27. When someone hands them their change back at the register and they drop it

28. When they pull the blanket over them but it bunches up and doesn't cover their feet

29. When they walk out of the bathroom and theres toilet paper on thier foot

"Ope, how did that get there."

30. When parents are walking a movie with their kids and an inappropriate scene comes on

"Ope, I didn't know this scene was in here."

31. When their phone dies after they have been avoiding getting up to get a charger

"Ope, I should probably get a charger."

32. When they try to stop the microwave before it hits 0 but mess up and the timer goes off anyways

33.When they need toilet paper in the bathroom and have none around even though they knew they were running low for a while

"Ope, I should have gotten to that."

34. When a girl walks outside and her skirt or dress flys up in the wind

35. When they put all of their groceries away when they get home but forget one item and don't notice it until later

36. When someone is holding someone elses baby and they accidently bump it's head on something and it starts crying

37. When they go to squeeze toothpast out but there's none left

38. When they go to pull the tab up to open a soda and it comes off instead

"Ope, that wasn't supposed to happen."

39. When they spill chile on their packer jersey

40. When someone says something that is the elephant in the room that no one wanted to talk about but now it's awkward

Glorie Martinez
5443
Why I Write On Odyssey