4 Thanksgiving Episodes To Watch On Netflix 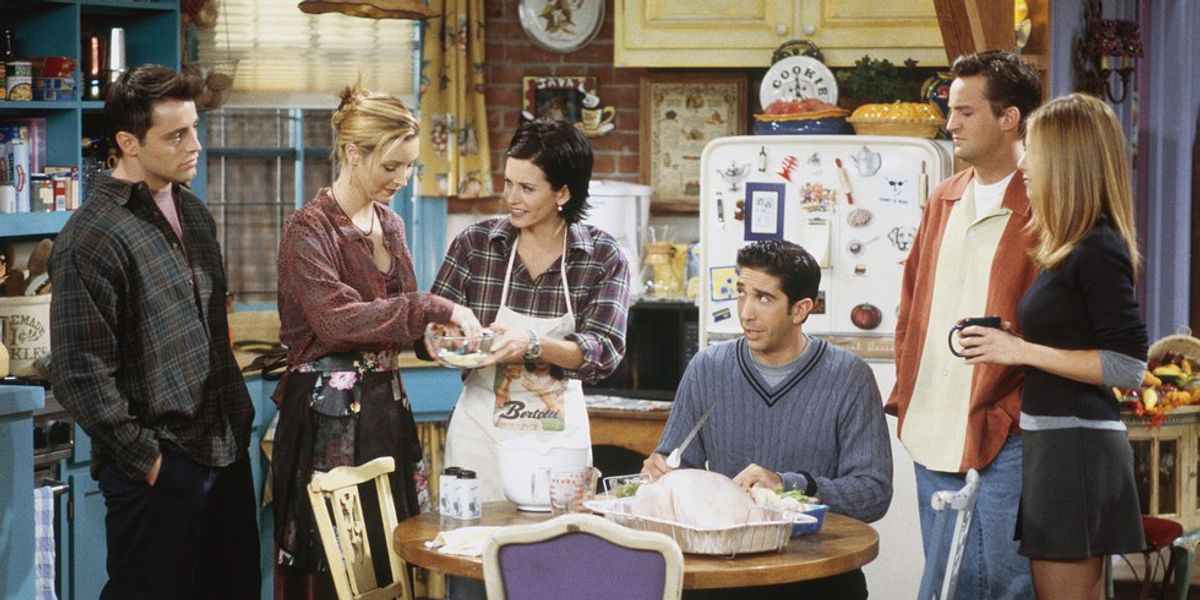 With much of the country experiencing above normal temperatures for this time of year and Christmas overshadowing all of the holiday season, Thanksgiving can be tough to get into the spirit of. Unlike other holidays, there isn’t much to celebrating it besides the day-of, making it even harder to get excited about. Don’t get me wrong, Thanksgiving is one of my favorites, but I always find it hard to become more anxious about. As always, Netflix can fix any problem, right? Here’s a list of several episodes to watch on Netflix to get into your best Turkey Day mood.

With a plethora of Thanksgiving-themed episodes to choose from, I chose the first of many to follow of the “Slapsgivings”. This episode not only introduces one of the series’ longest running jokes between Marshall and Barney, but also, another tradition between characters we’ve all grown to love. It introduced Robin and Ted’s “major salute”. An episode loaded with hilarious new traditions that last throughout the series is certainly an idea that will get you into the Thanksgiving mood!

2. Friends: Season 5, Episode 8 – “The One With All The Thanksgivings”

Since watching the entire series of Friends over again a few years back, I haven’t gone a Thanksgiving since without viewing this episode. It’s such a classic and hilarious holiday episode from the iconic series. While Friends also has many Thanksgiving episodes to choose from, I chose this one because it’s the most memorable. The episode is filled with flashbacks of each character’s worst Thanksgiving, which turn out to be hilarious, of course. This is also where the iconic scene of Joey getting his head caught in a turkey takes place. All around, one of the best Friends episodes you could watch, Thanksgiving or not.

This year is extra special for the Gilmore Girls series, seeming that Gilmore Girls: A Year In The Life premiers the day after Thanksgiving on Netflix. While we still have to wait some time for the series to be made available, we can refresh with some Thanksgiving spirit. In this classic episode, Lorelai and Rory find themselves skipping around to multiple Thanksgiving dinners and, as always, our favorite mother-daughter duo doesn’t disappoint when it comes to entertainment.

This episode isn’t exactly revolved around Thanksgiving; however, it does take place around the time of Thanksgiving, which is certainly enough to get into the spirit. The episode is centered around one of many of Michael and Ryan’s stunts. As always, Dwight is jealous and annoyed, and let just say a lot of hay bales end up at Dunder-Mifflin that day.