3D Printing: The Good And The Bad
Odyssey

3D Printing: The Good And The Bad 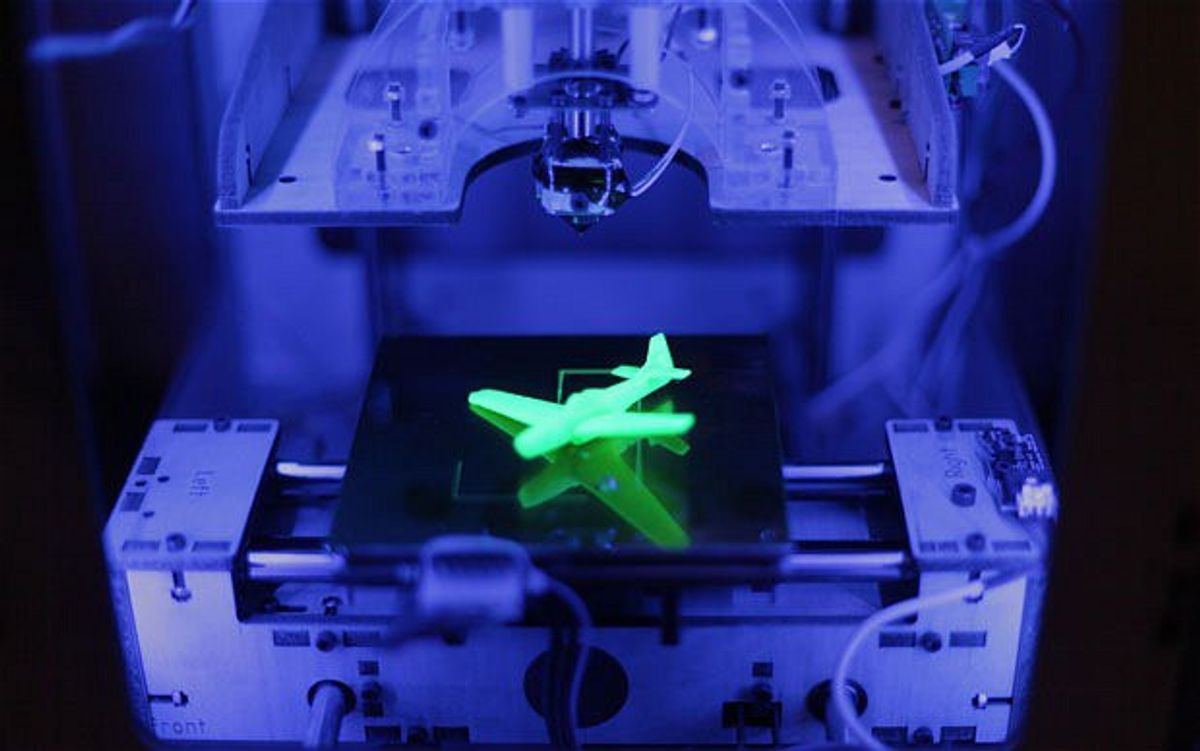 There is something “new” that has made and will continue to change the world: 3D printing. Medical professionals, engineers, and hobbyists alike can all find a use for this new technology and it is changing the way we do, well, anything really. But as with anything “new,” we get caught up in the excitement and all of the good things that this thing can provide for us. But it’s time to take a step back and look at the big picture and look into the future about what we are getting ourselves into -- both the good and the bad sides.

Tumbles, a puppy born without his front legs, had is life changed for the better because of 3D printing. He was born in a shelter in Ohio where someone submitted a design to the Ohio University Innovation Center. This design was for a custom wheelchair that would allow Tumbles to be mobile. Tumbles is now working on strengthening his back legs so that he will be able to hold himself up and push himself in his wheelchair.

Take a peak into the medical field and you’ll see some of the huge advancements 3D printing has made so far. For example, a teenage girl in South Korea developed a common type of bone cancer in her pelvis. Because of her age, removing the tumor in and near her bones may have affected her mobility, so the doctors printed her a new 3D pelvis. This not only preserved the shape of her spine, but she made a quick recovery and the surgery time was cut down from the typical eight hours to about six hours.

But it may be time to pause and think about the hazards that come with 3D printing. Shirin Oskui, a graduate student at the University of California Riverside was using a 3D printer to make small disks to aid her in studying zebrafish. However, the zebrafish she was using died within a week. Oskui and her advisor, William Glover, set out to find out what was causing the death of the fish.

As it turns out, parts from both types of printers were toxic to the fish, but parts from the stereolithography printer were more toxic than the parts from the deposition modeling printer. The fish exposed to the parts made with the stereolithography printer showed some minor color mutations, swelling, and died within a week. The good news is that exposing the printed parts with an ultraviolet light for an hour may mitigate some of these effects.

It may be too early to tell what exactly this means to humans. The reason this study in particular draws concern is because zebrafish are biologically similar to humans and have a very similar genome. They are often used in research to test a substance’s potential toxicity to humans.

This if course raises questions about not only safety of humans, but safety of the environment as well. We need to have a proper way to dispose of the possibly hazardous material that could flow into waterways or into the air. A quick Google search will show you possible ideas for how to handle 3D printing waste, but we are still doing research for the best one since 3D printing is still so new.

3D printers are easily accessible to the public now and you can easily go on Amazon and buy one for yourself for under $700. And why wouldn’t you? Once you master it, you can have the power of total customization in your own home. The problem with this is there has not been a real outreach to the public to inform them of how to properly dispose of 3D printer waste. Recycling seems to be a popular choice, which is a positive outcome!

3D printing really is the greatest thing since sliced bread, and so are a lot of things. It’s even been argued it could "help power a third industrial revolution". But before any of that, we need to make sure that we are informed about environmental, animal, and human health hazards. Good comes with bad, but thinking about it early on will save us a lot of trouble later.

Glorie Martinez
4313
Why I Write On Odyssey