31 Signs You Are From Northern Virginia
Odyssey

31 Signs You Are From Northern Virginia

If you answer no, you haven't been here long enough. 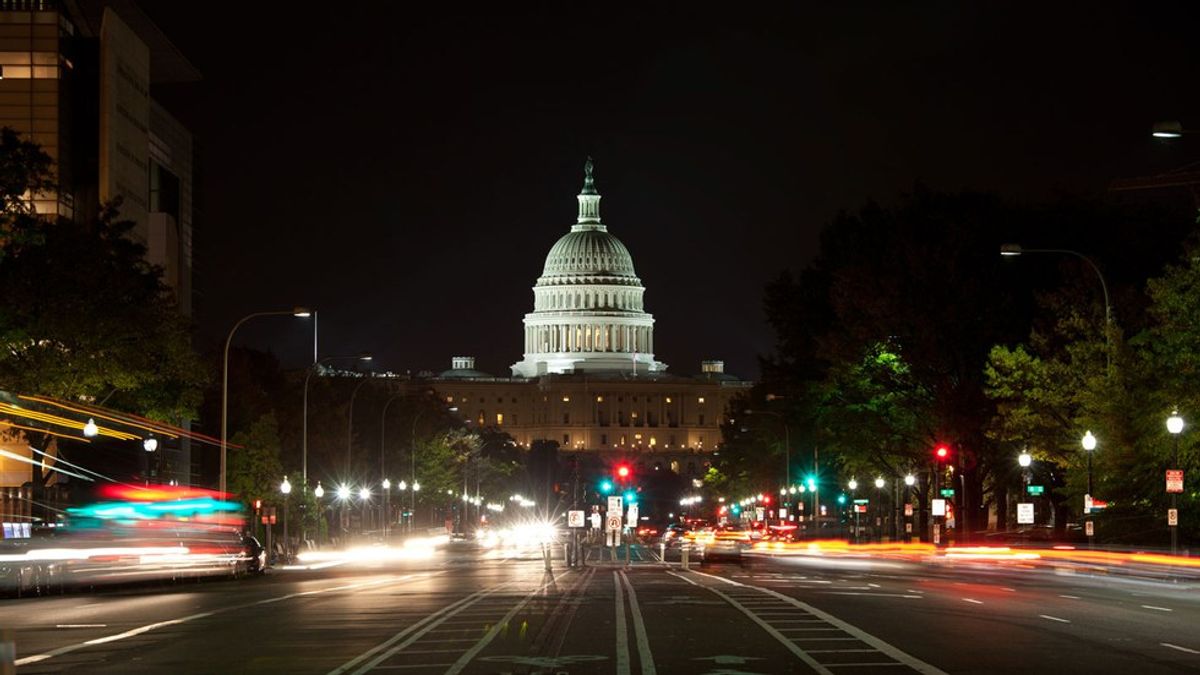 Being from a military family, I have seen many part of this great nation and I have lived in several of them. Every two or three years, my family would pack up and move to a new state. Well, not always new. I have lived in Northern Virginia three times. I have literally (and I do mean it) lived half of my twenty years on Earth right outside of Washington D.C.. I managed to stay in the Fairfax County school system through each move and somehow survived the changing curricula. The culture of Northern Virginia is extremely complicated, so if you understand any of the following items, then you are from Northern Virginia.

Unless someone has a family member or friend living in Springfield, Burke, Alexandria, etc. then they definitely won't know where it is.

2. You Know School Boundary Redistricting Does Nothing.

"Oh this high school is overpopulated? Lets move this border in and push the other side further away."

Leaving at least thirty to forty-five minutes early is the only way to get somewhere on time.

4. You Know More About Politics Than You Care To.

We live right outside our nation's capitol. You can't keep all of the politicians in D.C., so they come here to live among us.

5. Field Trips Meant Going To Jamestown, Yorktown, Or A Museum In D.C.

Chances are you know the place better than the tour guides by the 7th grade.

6. You Know What The Virginia Ivies Are.

University of Virginia, Virginia Tech, and William and Mary are our Harvard, Yale, and Princeton.

8. DMV Means More Than The Department Of Motor Vehicles.

Most often abbreviated on the radio, DMV stands for the District of Columbia, Maryland and Virginia. Not to be confused with the Delmarva peninsula.

9. We Don't Know What Happens Past Stafford County.

D.C. is a black hole that sucks our attention from anywhere south of Stafford.

10. The Best Ice Cream Is At The Clifton Train Station.

I have never seen lines that long for ice cream, but it is totally worth it. Peterson's Ice Cream Depot is the best!

It can be slightly cloudy, hot and humid, then midday, hail for 20 minutes, before clearing back to humidity.

12. Colleges Go To School While It Snows.

Six inches or more of snow? No problem. Just drive in the tracks of the cars in front of you or walk the mile to class in the snow.

13. High Schools Have Snow Days Because A Few Flakes Fell In Another County.

Just to be safe. The skies are clear now, but an apocalyptic blizzard could be headed our way any minute.

14. �High School Teams Are Displayed On The Backs Of Cars.

I have lived and visited in many states. I have not seen this outside of northern Virginia.

15. A Good Chunk Of Your Friends Are From Military Families.

Northern Virginia is home to many commuters to D.C., which is home to the Pentagon and Crystal City, where many of our brave men and women work. Chances are you have picked up some military lingo too.

Then you go to college and get to know people who graduated with a class half that size.

17. Maryland Drivers Give You PTSD.

Ok, northern Virginia is home to some "crazy" drivers, but I think Maryland drivers actually traveled through DC to get to Virginia to escape from their mental asylums.

18. You Know The Metro Is The Best Way To Travel Around The D.C. Area.

It is a bit sketchier than driving, but at least you won't have to deal with the Maryland drivers.

19. We Sometimes Forget Richmond Is Our State Capitol.

Hey, we live next to D.C.. It's kind of easy to forget your state capitol when you live next to the national one.

20. We Are In A Constant State Of Construction.

When one project is finished, another is started right down the road. Now if it accomplishes anything is another story.

And if it is a two lane turn, more than double that. I think it is an exponential progression.

23. You Know Virginia Is Not Part Of The South.

Besides fighting for the Confederates in the Civil War, it has no Southern cred.

24. Your Unit Of Distance Is Time, Not Miles.

25. You Don't Actually Keep Cars In Your Garage.

It's just another room to put stuff in.

Three airports to travel from, three malls that have everything, three high schools within 20 minutes of your house.

27. If You Don't Telepathically Know When The Light Will Turn Green, You Will Get Honked At.

And you have probably done it to someone too.

28. You Drive Through A Mixing Bowl.

No, it is not some strange metaphor or small, old, or damaged cars. It refers to the raised streets we drive on and somehow end up in the right direction.

It gives you time to shower and make your 6:00 a.m. commute.

30. At Least One Of Your Friends' Parents Cannot Talk About What They Do.

Everyone has got to fit in somewhere.