30-Year-Old CF Patient Starts Nonprofit, 'Breathe Believe'
Odyssey
CurrentlySwoonLifestyleHealth & WellnessStudent LifeContent InspirationEntertainmentPolitics and ActivismSportsAdulting
About usAdvertiseTermsPrivacyDMCAContact us
® 2023 ODYSSEY
Welcome back
Sign in to comment to your favorite stories, participate in your community and interact with your friends
or
LOG IN WITH FACEBOOK
No account? Create one
Start writing a post
Student Life

Breathe Believe's mission is to give those living with CF reason to BELIEVE. 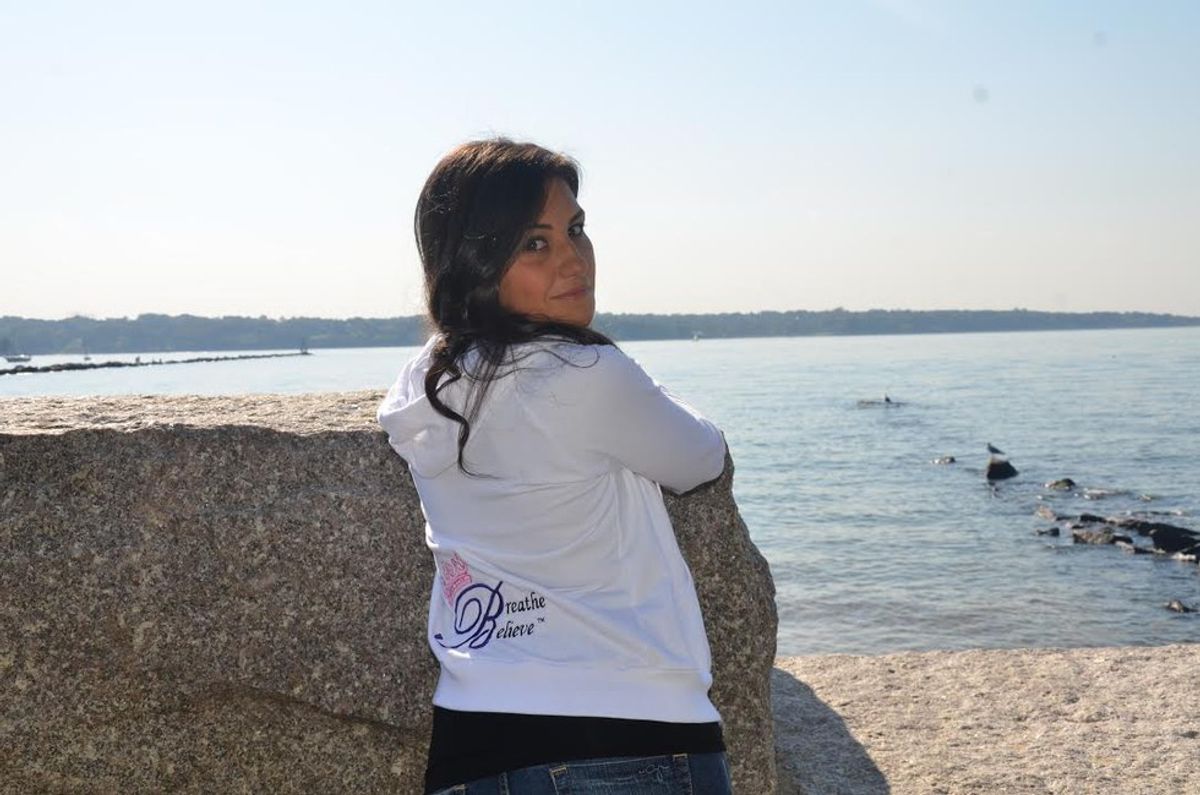 Angela Ruggeri founded ‘Breathe Believe’ to give those living with cystic fibrosis a reason to believe.

Angela is 30 years old and is a cystic fibrosis patient who channeled her love for helping others and inspiring others with CF to start her very own nonprofit.

Breathe Believe is Angela’s way of honoring all those who have given so much of themselves to keep her alive.

100 percent of the money Angela’s nonprofit raises is used to provide those with CF, who cannot afford to pay the insurmountable cost of treatment, with medicine and care.

While many larger foundations do exist, Angela says that they assist only with funding research for a cure but not with helping needy individuals to get the basic necessities they need to survive.

“No one should die from CF because there is no cure and they cannot get what they need,” she said.

Angela was diagnosed with CF at 6 months old and maintained a fairly healthy childhood (as many CFers do); however, by age 14, her illness began to progress.

For those of you who do not know, cystic fibrosis is a genetic illness that is progressive in that frequent lung infections limit the ability to breathe over time, and other CF-related ailments like diabetes, liver and kidney disease result in chronic complications.

Though following her dream to become a nurse had to be put on hold due to ongoing complications with CF, she calls her illness a blessing in disguise and said Breathe Believe has filled the void that is to help others.

Because college had to be put on hold, Angela found solace in founding her nonprofit. There were many questions that came along with its beginning, like how to go about filing as a 501(c)3, what to name the foundation, how to create a mission that builds a positive, trustworthy brand…

She said the name and mission came to her as signs when her cousin, Connie, thought of getting a tattoo in Angela’s honor, saying “Breathe Believe.”

At that time, Angela’s best friend, Katie, had recently passed away due to end-stage cystic fibrosis. Though coping was difficult at first, Angela directed her emotion towards moving forward with making Breathe Believe a reality.

Breathe Believe is now approaching its seventh year and has the support of Angela’s family and friends, and countless communities, businesses, and others with CF.

Her foundation is based in Long Island, New York, and holds several fundraisers per year, including holiday parties and comedy shows.

Angela, thank you for giving me the opportunity to tell your amazing story. Your efforts towards raising awareness for CF and helping those in need are an inspiration to the CF community, and I hope that by sharing your story we can make even more of a difference.