3 Major Myths And Misunderstandings Of Christians And The Christian Faith

One may ask, “Why be apart of a faith where you cannot meet 'the goal?'" 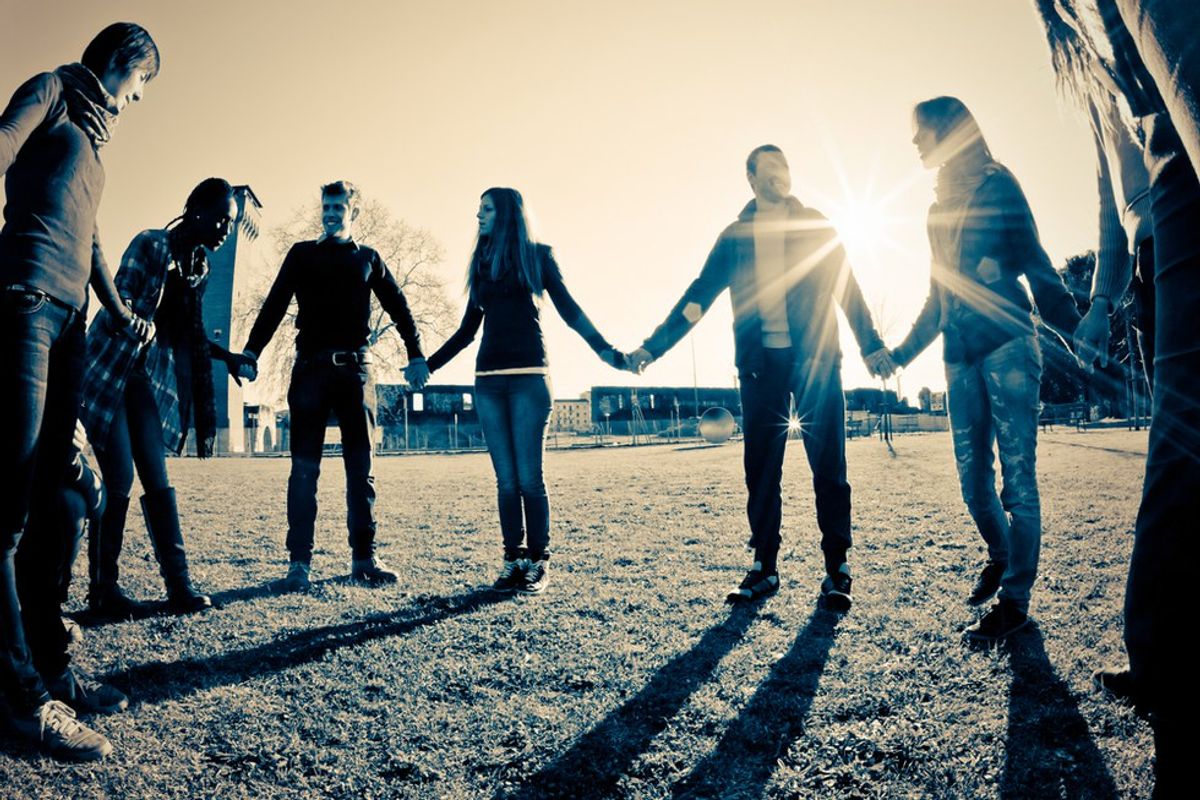 It is true that women have been oppressed and discriminated against in the name of “biblical” and “Christian” principles. When discussing the oppression of women within the Christian Church people attempt to prove those discriminations by drawing from stories from people who happened to be Christians, not the Bible itself. Some may refer to how women were treated in the 19th century in regards to the forced marriages and being bound by the institution regardless of infidelity, physical or verbal abuse. Nonetheless, although these are historical truths, they are not advocated nor supported in the bible.

Does the bible encourage gender roles within marriage and the family structure? Absolutely. This is because many faiths give instruction, wisdom or general tips into the many aspects of your life and that Bible is similar in that respect. The Bible delegates roles and duties based on the strengths it believes men and women have separately and then together as a unit. There are also scriptures that have been used by Christians and non-Christians to prove the subordination of women in the Christian faith. For example, there is a scripture in the Bible that says women must be silent in the church but yet women are mentioned taking on leadership roles such as being prophetesses throughout the Bible and having notable roles within Biblical stories.

Why do people believe that all Christians are hypocritical you may ask? They are hypocritical because they sin. Despite the fact that a hypocrite by definition is “a person who puts on a false appearance of virtue or religion” Christians cannot shake this stereotype. I personally believe a hypocrite is someone pretends to be something that they are not. With hypocrisy there is there is some element of deceit. One must first understand that Christians have never claimed to be perfect. It is the goal to strive towards perfection or to strive to be “Christ-like."

However, upon the declaration of being a follower of Christ, one’s natural inclination to sin does not simply disappear. Christians are still one hundred percent human and still face the same temptations of everyone else. In fact, I believe it should be considered a noble thing to openly state that you are apart of something that strives to encourage the betterment of oneself, although it based on a persona relationship with Christ. One may ask, “Why be apart of a faith where you cannot meet 'the goal?'" I would ask, well why be apart of anything? Why be apart of a team, a diet or corporation if you cannot reach the goal as soon as you become a part of it? As with all things it takes time to reach goals and to better oneself. Also, becoming a Christian was not about reaching a goal but rather feeling beckoned by a calling that extends beyond natural experiences. I think that everyone has a moral standard that he or she believes religious or not that they are not always able to amount to. So, I think that it is a little hypocritical to point out the mistakes of others when you have your own.

3. You can’t discriminate against a Christian

Yes, there is such a thing as discriminating against Christians. “Christians” as well as other religious groups have been responsible for the death, persecution and heartache of many individuals within the world. Nonetheless, discrimination based on these acts should not extend to all Christians, especially because not all Christians participate in hateful acts or demonstrations. I have heard that the history of certain events within Christianity by Christians as a justification for discrimination and mistreatment of Christians as a whole, however that is wrong. This is as silly as minorities discriminating and mistreating people whose race were historical oppressors. They we never there when those events happened and neither were modern Christians. Although, all Christians are not faultless I think that everyone should be treated fairly.

Caitlin Marie Grimes
University of South Florida
11787
Beyond The States