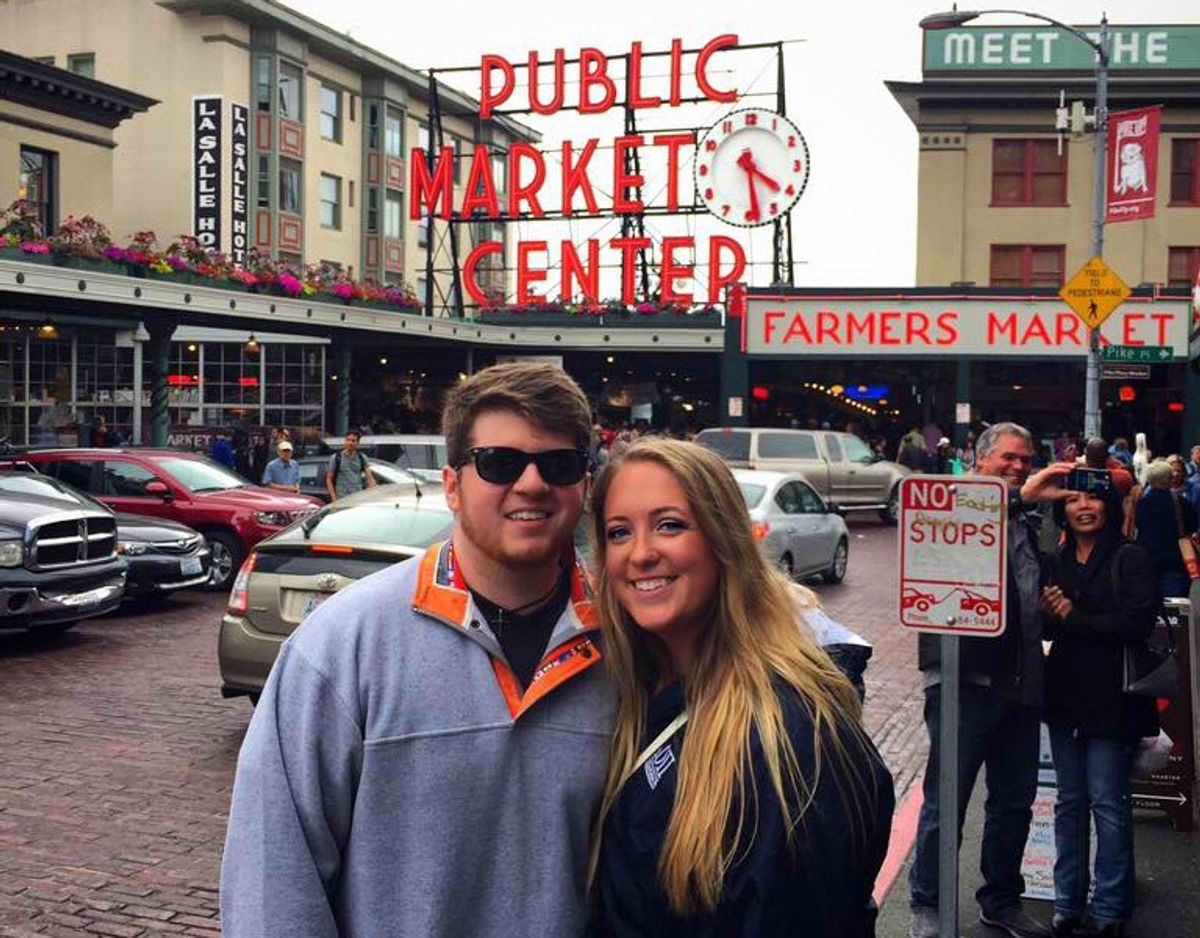 Growing up in Seattle, or even just the suburbs, you become accustomed to the amazing city that it is. When I returned from college after my freshman year, going out-of-state to an entirely new place, I finally realized how lucky I am to live in such an incredible place. Seattle, Washington, is one of the coolest cities in America and has so many unique attributes that make it tough to leave home.

Rumor has it that if you stand on a street corner downtown, you should be able to see at least two Starbucks from wherever you’re standing. If not, chances are, you’re not downtown anymore. I can confirm that this rumor is 100 percent true. Though we have about a trillion of these, our favorite places tend to be the local coffee shops.

Open until 2 a.m., Dick’s is the go-to move for all those late-nights with friends. Whether it be weekends in high school, or random nights over break when you’re reuniting with pals, Dick’s is always good, and not to mention, cheap for us ballin’ on a college budget.

Being close to large bodies of water and having a larger Asian influence in Seattle than in other places has brought some of the greatest sushi to the city. I personally can hardly stand to eat sushi when I’m not home, because nothing compares to even the one-dollar plates at local sushi places.

In addition to phenomenal sushi, Seattle has amazing teriyaki. And there are teriyaki places everywhere.

5. The prettiest hikes you’ll ever go on

The Seattle climate makes it grey on rainier days, but paints the town green with life on the sunnier ones. On a beautiful day, hiking in Seattle and its outskirts is incomparable to anywhere else in the country.

6. Vibrant culture that leads to an open mind

From the nude-biking Summer Solstice Festival in Fremont to the rainbow crosswalks in Capitol Hill, you’ll always see something fun and vibrant downtown. There’s always something to do and Seattle welcomes those who are true to themselves. There’s a lot that’s legal here... except jaywalking. Don’t do that.

Heard of Nirvana? Pearl Jam? Jimmy Hendrix? Sir Mix-a-Lot? Macklemore? Some of music’s greatest, all from Sea-Town. You can check them out and more at the Experience Music Project, a museum dedicated to music, downtown at Seattle Center

8. There really is a troll living under the bridge

Not just a folk tale.

9. Seattle Center literally has events all the time, and they’re so fun

From charity events, to cultural festivals, to sporting events, Seattle Center always has something going on, and you can tend to find some good local food trucks while you’re there. It’s a huge, beautiful park, with a giant fountain for the few months a year the sun pays our city a visit.

10. People will always ask if you’ve been to Seattle Grace Hospital

It’s not a real thing at all, but Harborview is the go-to hospital. Hopefully, you’re not spending too much time there, but if you’re a “Grey’s Anatomy” fan, you can always see what hospital the show is really based off of.

11. Frizzy hair is a yes, umbrellas are a hard no

If you’re local, you can easily spot tourists based off of the fact that they’re using an umbrella. It rains so often, yet so little here that nearly every local just embraces the fresh air and rain. Though skies are grey from about September-June, the summer is so worth it.

12. Some of the biggest corporations are based here, i.e. there are some great jobs available

When I first moved here, the question I always got was “does your dad work for Microsoft? Boeing? Amazon?” There are some huge companies here that contribute well to the economy.

Ice cream and ice cream sandwiches, locally made, and insanely delicious. The line usually goes out the door, but it is oh-so worth the wait.

Such a unique park with one of the best views of the again, very unique, Seattle skyline, sitting right atop the water.

15. We really are dedicated sports fans

Century Link Field, lovingly called the “Clink” by 12s (Seahawks fans), has a world record for being the loudest stadium. We also have an incredible soccer team (go Sounders) and will forever ask our city to #BringBackOurSonics. Oh, and the Mariners aren’t too bad either I suppose.

16. The Space Needle makes for a heck of a skyline

There’s nothing else like it. Chances are though, we probably won’t be taking you for a trip to the top of the Space Needle, but nevertheless, it’s a gorgeous sight to see.

17. What is there to love about Pike Place? Just about everything

Fresh fish, piping hot donuts, the original Starbucks, fresh-cut flowers and local vendors make for the best market you’ll ever go to, and it’s right there on the water.

You can go whale-watching in Seattle. Where there are orcas. Can’t do that in your backyard.

19. Pretty much everything is local/organic/fresh/farm-to-table/etc.

Glass-blowing is a huge art in Seattle, and it creates beautiful sights just about everywhere you go. We even have a glass garden where you can see some of the most incredible work locals have done.

21. We put cream-cheese on our hot dogs

Don’t judge us, just try it and thank us.

It really doesn’t snow. It’s really not that cold at all. One snowflake falls, and the world ends. Schools are closed. People forget how to drive.

23. Micro-breweries are kind of our thing

You know how we like doing everything locally? That applies to our alcohol too.

24. We built our city on top of our old city

You can tour the Seattle Underground, which is now just a ton of passageways below the streets of Seattle. Originally, it was downtown Seattle, at ground level, but some things happened and the Seattlites gave up and built a city right smack on top of it.

25. No matter where you look, the view is great

There’s not much more to add than that.