22 Bands That Made Emo Cool
Odyssey

22 Bands That Made Emo Cool

The bands that captured our aughty angst 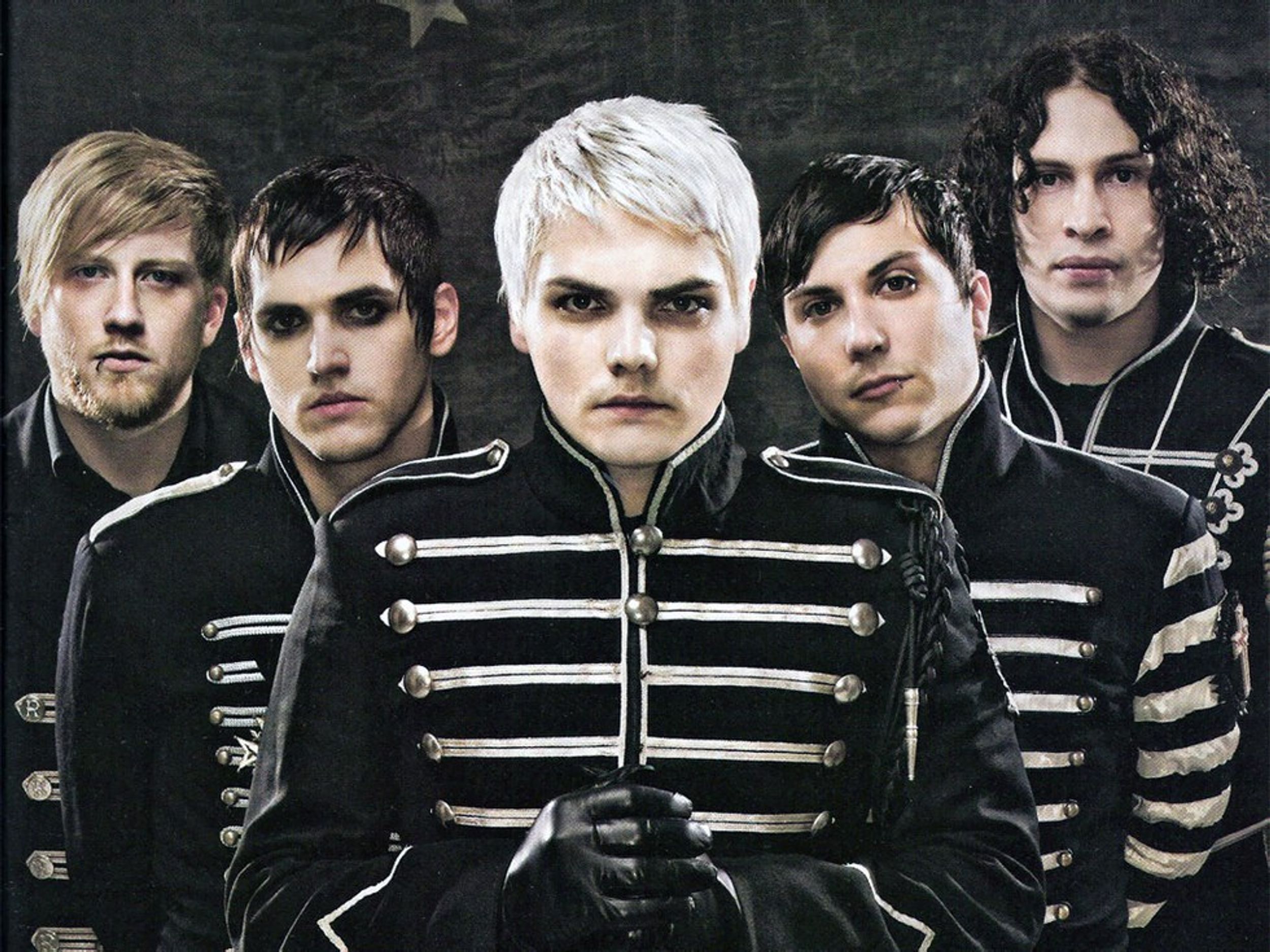 Teenage angst, millennial uncertainties, constant confusion for being one of the goth kids—the life and times of being an emo kid in the first decade of the 2000s were pretty tough at times, and they needed music to express their angst at anything and everything wrapped up in a song name as complicated as listeners' complex feelings. Those were some dark days, but many of us harbor a nostalgia for the angsty aughts. A social media post from My Chemical Romance, featuring their most famous opening piano notes, stoked the fire of the inner emo kid in many of us, enough so to remember some of the great musical acts we got from the era who understood the tumult that came with being a teenager at the turn of the millennium. Not all of these artists are "emo bands" by the technical definitions, but they sure made it cool to wear emotions like you wear everything else - in various shades of black.

Lead singer Chris Carrabba and this emo-alt outfit stole our hearts and angsty teenage minds from their first album "The Swiss Army Romance" and continues to tour to this day. Song of note: "Screaming Infidelities"

Along with Dashboard, Jimmy Eat World helped usher the emo genre to the mainstream at the turn of the millennium with catchy hooks that had more depth than you'd think was there. Song of note: "The Middle"

Though more typically classified alt, metal or nu metal, Papa Roach still gave many of us a jolt of angst and emotion next to some edgy guitar riffs, stinging vocals and driving lyrics. Songs of note: "Scars"

Fun fact: while many songs talk about the problems that come with teenage angst, this French-Canadian group used their fame from said songs to take action as anti-bullying activists. Song of note: "Perfect"

While this American rock band has been churning out radio rock since its return from hiatus in 2013, they got their start with some of the earliest alternative emo megahits. Song of note: "Sugar, We're Goin Down"

Throughout the different iterations of lineups behind lead singer Brendon Urie, Panic! shared much of the spotlight with FOB during the emo heyday in the mid-2000s. Song of note: "I Write Sins Not Tragedies"

This Long Island quartet burst onto the scene with an album one reviewer labeled as "bitter about ex-girlfriends" and was "excessive post-breakup angst"—enough said. Song of note: "Seventy Times 7"

Yet another outfit that doesn't quite fit the technical emo mold, instead veering closer to post-grunge and nu metal, the outfit still gave us a fair share of angsty music. Song of note: "I Hate Everything About You"

Continuing of the trend of very emo nu metal bands, we have this American gothic rock outfit that woke us up inside from the nothing we felt we became (yes, those were song lyrics). Song of note: "Bring Me to Life"

Another one for you post-grunge fans, the Pennsylvanian rock outfit gave fans a cavalcade of emotional and deeply angsty songs during their initial run and after their comeback. Song of note: "The Diary of Jane"

This band has gone through many iterations since its inception in 1991, but its breakthrough with their sixth studio album in 2003 marked their spot as popular emo mainstays. Song of note: "Miss Murder"

Based in Jacksonville, Florida, RJA has been doing music since dropping their first LP about a decade ago, giving at least one generation of emo kids access to great alt emo tracks. Song of note: "Face Down"

13. Bullet for My Valentine

Owners of one of the most hardcore band names on this list, the Welsh rockers may be more thrash or metalcore at heart, but the emoness of many of their tracks puts them here. Song of note: "Tears Don't Fall"

While it's name sounds like a sermon series you'd hear at church, the Long Islanders have taken more than their share of emo hearts and minds with their six studio albums. Song of note: "MakeDamnSure"

Formerly A Day in the Life, the Ohio quartet broke through with their 2004 album "The Silence in Black and White," their first since changing names, launching them to emo stardom. Song of note: "Ohio is for Lovers"

Despite more typical associations with pop-punk, the group (actually from Maryland) put out some well-known emo tracks for popular listening. Song of note: "Dance Floor Anthem (I Don't Want to Be in Love)"

With a name straight out of a John Cusak movie, Say Anything blended pop-punk sound with the emo flare on their twice-released debut album and keep churning out the hits. Song of note: "A Walk Through Hell"

Yet another band who took some time off in the middle of their careers, the Grammy-nominated Underoath reformed 2015 after a 16-year stint mixing emo and Christian metal. Song of note: "Reinventing Your Exit"

With a name like The Used, it would be hard to think of a genre of music in which the name would be more fitting—and their screamo and post-hardcore hits verified this assumption. Song of note: "I Caught Fire"

Probably one of the lighter-sounding entries on this list, the Washington-based indie outfit made for some very emo slow/acoustic entries in their 20-plus years of existence. Song of note: "Crooked Teeth"

Yet another band known more for their nu metal sound, Linkin Park's first two albums were packed with tracks that crawled into your skin and gave you somewhere you belonged. Song of note: "Numb"

Coming full circle, this piece ends on one of the standard bearers for the emo music scene, putting out two of the hallmark albums of the genre that stick with us to this day. Song of note: "I'm Not Okay (I Promise)"

This list is by no means comprehensive. There are numerous other bands and a smattering of songs that could easily go on this list or any other, for that matter. So attached is a Spotify playlist of songs mentioned above and others that aren't, 100 songs to make your emo heart happy—or as happy as it can be behind the eyeliner and angst—best listened to on shuffle. It's ever-changing, though, so hit me up if you see something you want on the playlist. Until then, so long and good night.

Caitlyn Morral
St Bonaventure University
281
Wordpress
Odyssey recognizes that mental well-being is a huge component of physical wellness. Our mission this month is to bring about awareness & normality to conversations around mental health from our community. Let's recognize the common symptoms and encourage the help needed without judgement or prejudice. Life's a tough journey, we are here for you and want to hear from you.