There was a time before "Blurryface." And it was great. 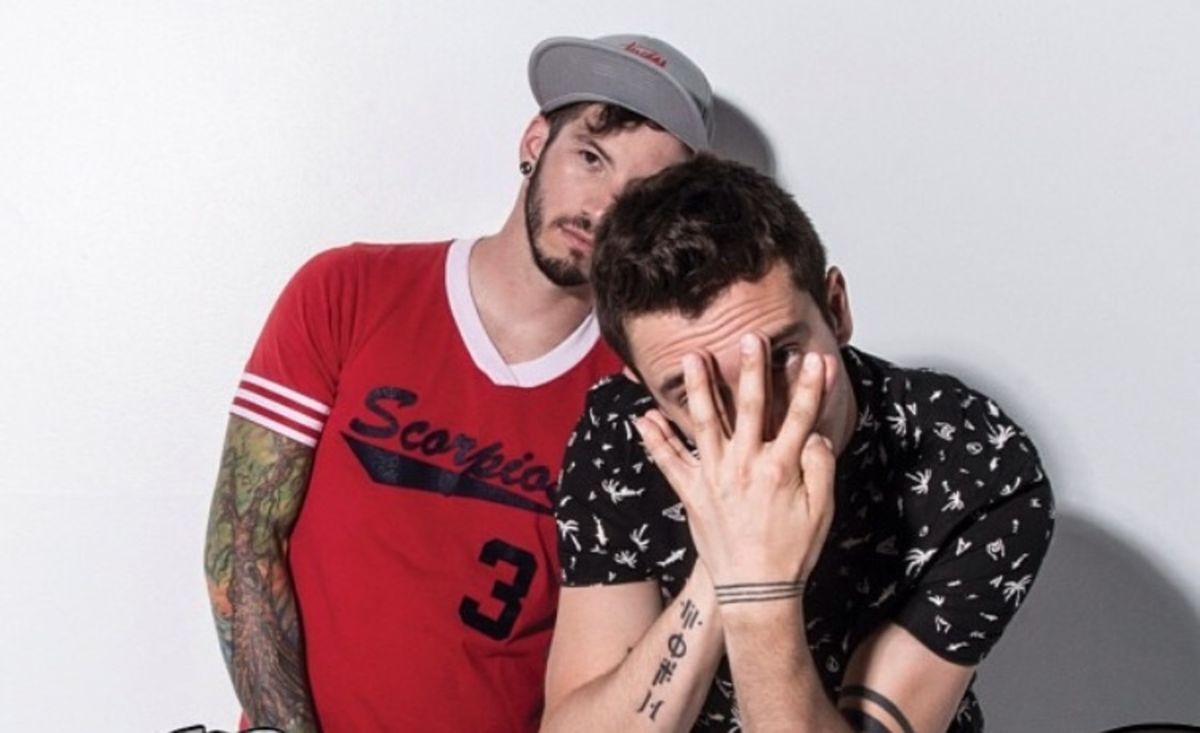 Before there were "Vessel" and "BlurryFace" and even "Three Songs," Twenty One Pilots and Tyler Joseph himself created some very beautiful work. While old songs like Kitchen Sink and Addict With A Pen are more popular among newer Twenty One Pilots' fans, you have to be a true fan to know these songs.

A Car, A Torch, A Death - Twenty One Pilots

This song is one of those ones where you start to realize what the song is about at the very end and then want to listen to it again.

Just when you think that maybe this song is going to be kind of slow and not like the duo's typical style, they throw in an intense rap at the end. Just how we like it.

This song is interesting because if you listened to it right when it came out, it was tough to decipher who the second voice in the song is. This song is truly beautiful.

Before You Start Your Day - Twenty One Pilots

Another slow song that isn't what you'd typically peg a for a TOP song. However, the soft and slow melody that goes into the beautiful build up at the end makes the different sound totally worth it.

This is the first example on this list of some re-purposed lyrics. The first verse of this song is the rap verse in Anathema. Although No Phun Intended was Tyler Joseph's album and never gained a ton of popularity, he realized such well-written lyrics needed to be put into a different song.

I think this song has, bar Kitchen Sink, one of the most powerful bridges in all of their music. When he starts yell-singing, "I will tell you what I can" the song hits a high and it is unbelievable.

Drown's lyrics are re-purposed on a song that is not on this list, Fall Away. Fall away is one of their more well-known songs from Regional At Best. If you love the, "every time I feel selfish ambition is taking my vision" verse in "Fall Away," check out "Drown." The verse is expanded upon amazingly.

Forest is one of my all time favorite TOP songs. Fun fact: there is a video of Tyler speaking the lyrics to this song on a street on YouTube that makes the song all the more wonderful.

This one is a very upbeat, fun song... But you always know those types of songs have an even deeper meaning. Definitely a fun one that makes you dance around and then think.

Hole In The Ground - No Phun Intended

Unfortunately, no lyrics were taken from this song and put into newer material... Here's hoping for their next album?

While the lyrics to this song are both thought-provoking and beautiful, one of the best parts of it is the piano lead up into the powerful instrumental. The part before the lyrics start might be the best part of the song. (But "rain down and destroy me" might be a close second.)

All of their songs are up to personal interpretation, but I think this is one of their more clearly religious songs. No matter how you interpret it, the final verse is incredibly powerful.

The "stay alive" theme of Twenty One Pilots is prevalent in so much of their music, and it definitely makes an appearance in this song. Such an upbeat and amazing song.

The Pantaloon - Twenty One Pilots

Just like Lovely is a beginning of the "stay alive" theme, The Pantaloon hits off the "lose your mind" theme. This is another one you'll sing 20 times and then finally say, "oh, that's what this is about!"

"Ruby" is a beautiful song that has a very ambiguous meaning. I've heard it is about a young girl with some sort of disease that went to his church, and others have heard other things. Regardless of the meaning, it is some beautiful lyrical work with one of the best "screams" in their music.

Save - No Phun Intended

It is no secret that Tyler's pre-TOP music is some amazing work, and this one is no exception.

What does "Slowtown" have in common with "Lane Boy," "Kitchen Sink," "Stressed Out" and probably others? It makes a reference to his brother Zack. This is one of the first times he's referenced, and it is always really cool when he brings his family into the music.

"Street Poetry" is one of my favorite TOP-related things. It is a really hauntingly beautiful video of Tyler reciting poetry while walking down the street. in what looks like Uptown Westerville in Ohio. The cool thing for the people who knew about this video was that "HeavyDirtySoul" uses the words from "Street Poetry" as lyrics.

Taken By Sleep - No Phun Intended

This song is probably one of the saddest of Tyler's solo music, and the band's as well. This song seems to be about a friend who has committed suicide and is incredibly, incredibly deep.

To top off this list is one of my very favorites, "Tonight." This song is one of the easier ones to interpret but still not enough so that you can't draw your own conclusions. Tyler has been a genius since the beginning.

If you're a new Twenty One Pilots fan who only knows their new stuff, I urge you to check out their old music. And if you've been following them forever and have loved these songs for years, be happy you've experienced such amazing music for that long.