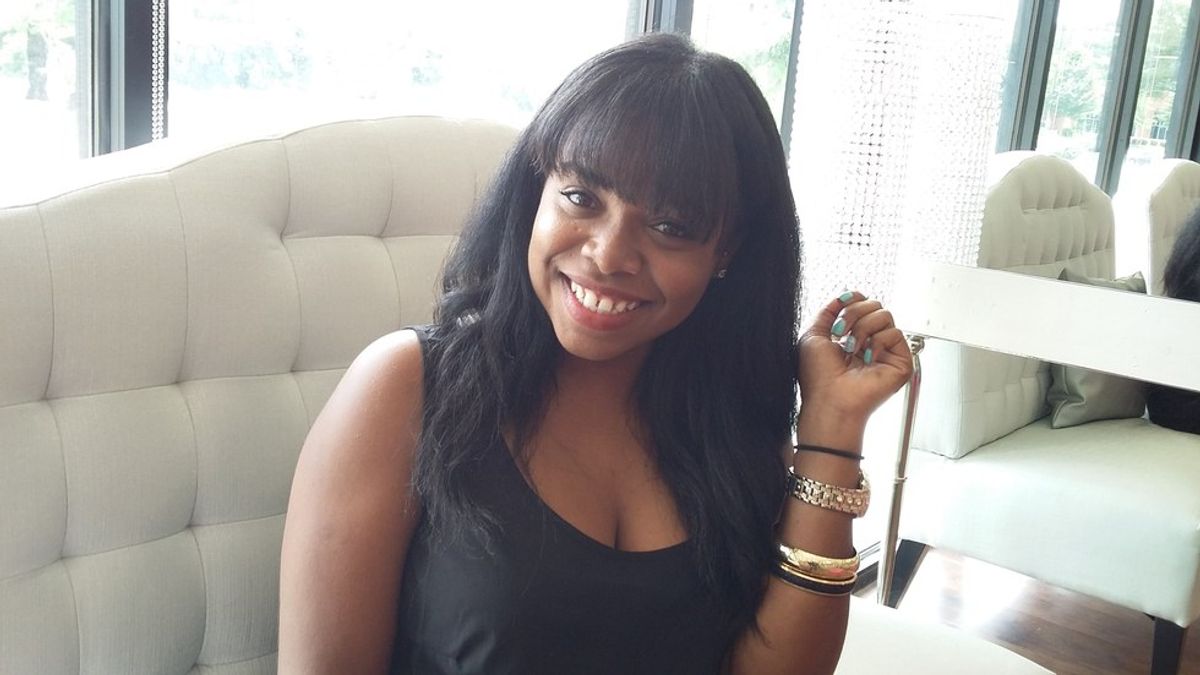 I've consistently said that the year 2016 was one of the best of my life. And now, at the onset of yet another year (and a chance to conquer the world), I’m reminded of where I was this time a year ago: young, fabulous & broke.

Many people have mixed emotions about the celebrations of New Years and New Years’ traditions. Often times others find humor in ridiculing those of us who do believe in the idea of starting a new. Yes, the truth of the matter is that every day you wake up is an opportunity to do that, but also, this time of year brings about a sense of hope in some people, that otherwise wouldn’t have. At the end of the day, if that’s what it takes to motivate someone, then why knock that?

It’s not that there’s anything particularly special about New Year’s Day versus any other day of the year, but it’s more or less the symbolism of it. For some people, the day is recognized as a time for new beginnings and/or reflections. As we embark on this New Year, I’d like to share what 2016 taught me.

I used to get what some people refer to as “the blues” around this time of year, & I mean like clock-work. I’m not proud to admit, but I experienced with self-medicating before I finally sought professional help a few years back (but that’s a whole other post). While I now realize that there are many triggers for depression, one of mine was a common setback that most people can relate to. It was the pressure of all the “newness” and me knowing inside that nothing would really change for me in the upcoming year. As much hope as the holiday brings, I knew deep inside that at some point, my courageous commencement would quickly wane, along with the possibilities of my life taking a drastic turn for the better. Like previous years and resolutions past, I'd start out strong with the magical hope that only exists in fairy tales, but before long, my motivation would be lost in the realities of making a living and trying to make ends meet. What I can truly say I learned in 2016 is that nothing is going to just happen. And it doesn’t matter how cute or how talented you are (and yes, I am declaring that I’m both), if you don’t put in the work, then opportunities, wealth and success aren’t just going to fall out of the sky. You can’t merely wait on your dreams, you have to create them. If I learned nothing else this year, I learned to depend on me and trust in my vision. Most of all, I've learned that consistency is key. And this is just one area that I'll continue to develop in 2017 and years to come.

For the longest time, I’d declared to people that I wanted to be a writer. The funniest thing though is that during that time, I wouldn’t really write. I’d ponder upon these great things that I wanted to say, save them to a file on my desktop (only to be forgotten about) and then think to myself, “I can’t wait to publish this when……when I get more followers…..when I publish my blog……when I get a job working for a publication….when I’m ready to commit to writing”. Yeah, I’d given myself every reason in the world NOT to write. Meanwhile, everyday I’m reading blogs and Instagram posts with envy, and mad at myself like, “Why didn’t I write that?”

I really don’t like clichés, but if I’m honest, then I must say that this year has taught me so much about myself and what I want. I even discovered things that I never knew I wanted. It’s always been easy for me to identify what I didn’t want in life. But to specify what it was that I actually did want came with a responsibility of ensuring that I get it. You see, I’d mastered the art of “un-declared desires,” meaning, as long as I didn’t commit to a decision about what I wanted, then I was pretty much okay with going through life, working a job and living the status quo. And if by some stroke of luck completely unbeknownst to me, came a once in a lifetime opportunity to live out my dream, then that would be nice, too. Although, quite frankly, it almost seemed more plausible for that to happen, rather than me actually pursuing my dream. Like other things in my life that almost seemed to just properly align, I just assumed that if I wanted to be a writer, then I could just casually apply and they’d offer me a job, much like when I wanted to be a flight attendant. I decided to apply and they seemingly gave me the job. When I first began in state government and wanted that job so badly, I got it after having only one interview. When I quit that job after 10 years and decided to pursue work in media production, it happened less than a month after I had quit. I'm not saying all that to brag, but merely to illustrate how blessed I've been to have these opportunities come to me almost effortlessly. The contrast is that by now, I'd envisioned myself already working in my desired field, which I do, although I’m not in the full capacity that I want to be in. But the difference now is that I understand the role of hard work, discipline and sacrifice that goes into getting there and I'm committed to making it happen. And I can finally see the light at the end of the tunnel. I can see myself at the magazine publication of my choice and living the life that I’ve always dreamed of. The life that I’m creating.