In over 5,000 miles walked, now on his third walking trip to Seattle, Seth Cunnigan tells me what he has learned 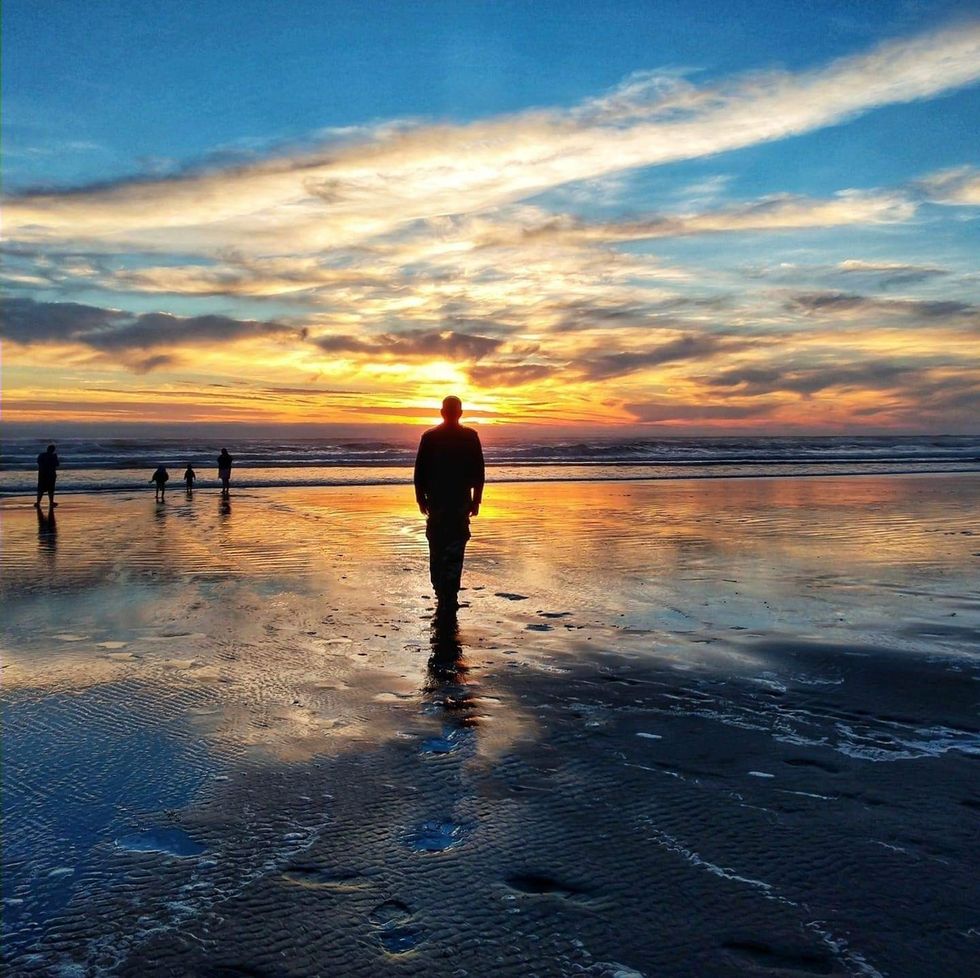 I'm not certain what most people do when they're diagnosed with fibromyalgia, but I have never heard of anyone "taking up their bed and walking" up the entire western coast of the United States! That is, until I heard of Seth Cunnigan and his journey of over 5,000 miles so far. You see, Seth didn't just walk from San Diego to Seattle once, he's on his third hike north to Hempfest in Seattle (the weekend of August 16-18).

Seth describes himself as "close to homeless," saying that there are things more important than a home. In February 2010, Seth was diagnosed with fibromyalgia after a fairly short duration of a very intense "flare" beginning in November 2009.

The only relief Seth found for the pain was cannabis. Smoking a bowl of the pungent herb calms the pain just enough for him to walk. But that doesn't mean the pain is ever gone. Seth has days that he still can't get out of bed. He attempts to time those days where he will have an opportunity to escape into his tent or perhaps into an "angel-provided" accommodation, but there have been times he's had to deal with journey-stopping pain in his body in a bedroll at the side of a road. Even so, Seth says he'd rather "walk through the pain" than be confined in bed at home by this disease.

One of the most frustrating symptoms (besides the body-wide continuous pain) is what Seth calls "fibro fog" which causes him to "leave shit all the time." By his own account, Seth has left behind his wallet two or three times and a nice camera.

Born in Ohio, Seth is a self-described "white boy from the Midwest" who got rid of 90% of his earthly belongings and learned to sleep outside following his diagnosis. The East Bay Ridge Trail near Oakland California re-sparked Seth's love of hiking, and he was on his way.

I will be visiting with Seth several times on his hike this year to Hempfest, as well as a planned interview at the event itself, but I first wanted Seth to share what he has learned in his first 5,000 miles.

1.The Only Store for Outdoor Gear...

REI is Seth's choice for all outdoor gear. Want to know why? Watch this clip from his "Episode 14" above and he will tell you himself!

Their customer service level is the best and almost tops their premium quality gear. (note: no compensation has been received in return for this review)

2. The Most Comfortable Backpack is...

When you walk over 5,000 miles, it's important to have a comfortable backpack. The Gregory Baltoro 75 and 85 are Seth's favorites for comfort.

According to Seth, the Salomon Mid-Ultra X2 is the ONLY shoe to wear if you are walking more than 300 miles. In comparison to all other shoes that last him 300-600 miles, these hiking boots last from 900 to an astounding 1,200 miles!

4. The Best Roller Coaster on The West Coast

According to Seth, who is an avid enjoyer of carnival rides, the BEST roller coaster on the west coast beaches is the Santa Cruz Beach Roller Coaster which was made famous by the movie, "The Lost Boys."

5. The Boardwalk Everyone Should Visit Once In Their Lives

Seth has enjoyed himself quite a bit here and believes that everyone on earth should visit the Venice Beach Boardwalk at least once in their lives!

6. The Best Place to Camp Inside of a Tree

Have you ever camped INSIDE of a tree? Beside the Avenue of the Giants in Humboldt County in California, Seth found a tree to camp inside of!

7. Where Can You Get Down on the Beach with Sea Lions?

There's a place on the west coast in La Jolla, California, where you can get down on the beach and interact with the sea lions! Seth has had many interactions with wildlife, in the sea and on the land!

Point Dume is the best place to see dolphins, according to Seth, who walks from that area in the above video. He also caught a film crew in action as the area is a popular one not just for tourists!

The World's Smallest Harbor according to Seth, holds the best places to view grey whales on the Pacific coast.

Sea Otters are ADORABLE! And just one more of the sea-going wildlife that Seth has been able to locate a great place to view! Moss Landing, California is the place to see these creatures doing their things!

11. The Sound of a Black Bear Running Down the Highway is Creepy

But bears are more afraid of you than you are of them. It is easier to hear them when they are grunting and running on the ground with loud thumps than when they are running down a highway. Seth has run into a couple of black bears on his travels, but the creepiest sound is their nails clicking on the road when a bear runs down the highway.

12. Large Mountain Lions are NOT Afraid of You

These cats that are members of the feline family are also very interested when you are riding a bike or a skateboard, as those are "wheeled toys" that seem fun to chase. According to Seth, if you are boring and don't seem like a fun toy to chase, a large mountain lion will just walk away from you (after causing you to soil your drawers, I'm thinking!)

Many of the places that Seth camps are close to the beautiful cliffs that edge the Pacific Ocean. During his travels he has found places he previously camped have completely disappeared due to mudslides and landslides following California wildfires. He is grateful he has not been caught in those changes in geography.

14. Never Turn Your Back on the Tide

...and don't ignore Google Maps when it tries to warn you "low tide access only!"

Seth found out the hard way that Google Maps isn't kidding when it gives you a warning about "low tide access only" on a map! Getting caught when the tide is coming in between caverns and beaches isn't fun when you don't know how to swim and you have a tremendously heavy backpack on your back!

15. Keep a Daily Journal When Adventuring

Seth does his best to journal each and every day. He suggests that everyone who is adventuring does so. Journal by writing, photos or like the video above to help you remember each moment that when the pain gets really bad, gives you something to go back to and reminisce. Sometimes those entries can provide the momentum to get through another day of pain.

16. He's Always EXACTLY Where He's Supposed to Be

Seth speaking at Seattle Hempfest in 2017

Whether it is waking up in the middle of a field full of butterflies or on a beach in time to watch seal pups kiss, or speaking on the stage at Seattle Hempfest, Seth is always exactly where he is supposed to be!

17. He is a VERY Determined Person

After falling down a 30 foot cliff, Seth's bloody eye needed attention before he could continue

Seth has fallen down cliffs, rolled out of the way of a semi and endured heel spurs and plantar fasciitis (inflamed tendons on the bottom of his feet), he has even hiked two weeks on crutches. One very important thing Seth has learned about himself is that he is no quitter.

18. Everywhere He Goes, There is Love

Seth finds "angels" everywhere he goes. When he isn't looking, they are looking for him. Twenty dollars here or there, a meal, a hotel room, a declined ride...it is these simple gifts that keep Seth alive and faithful in the love of humanity.

19. Seth's Story is Not Unique

I have found "lighthouses" indicating my angels across the country

Seth's story is not a unique one. Anyone can experience the love and magic that is out in the world. Although this was a "bullet point" provided by Seth, I have my own personal testimony of this fact. Although the press would have us believe that we are a country of bullies; more often than not, strangers are full of love for one another.

Love. Love wins always. Seth believes that humans can rise as one. If we all get together and look past those things that are blocking us, whatever they are, we can rise.

Seth is meeting up with people along his walk before and at Hempfest in Seattle, Washington. He will be at Hippie Hill in Golden Gate Park on April 20 with Hugging America, and Weedstock on May 17-19 in Ford, Washington before continuing to Seattle. He asks that anyone interested come by and say "high."