20 Things Everyone Who Leaves Japan Misses

There's no place like the Land of the Rising Sun. 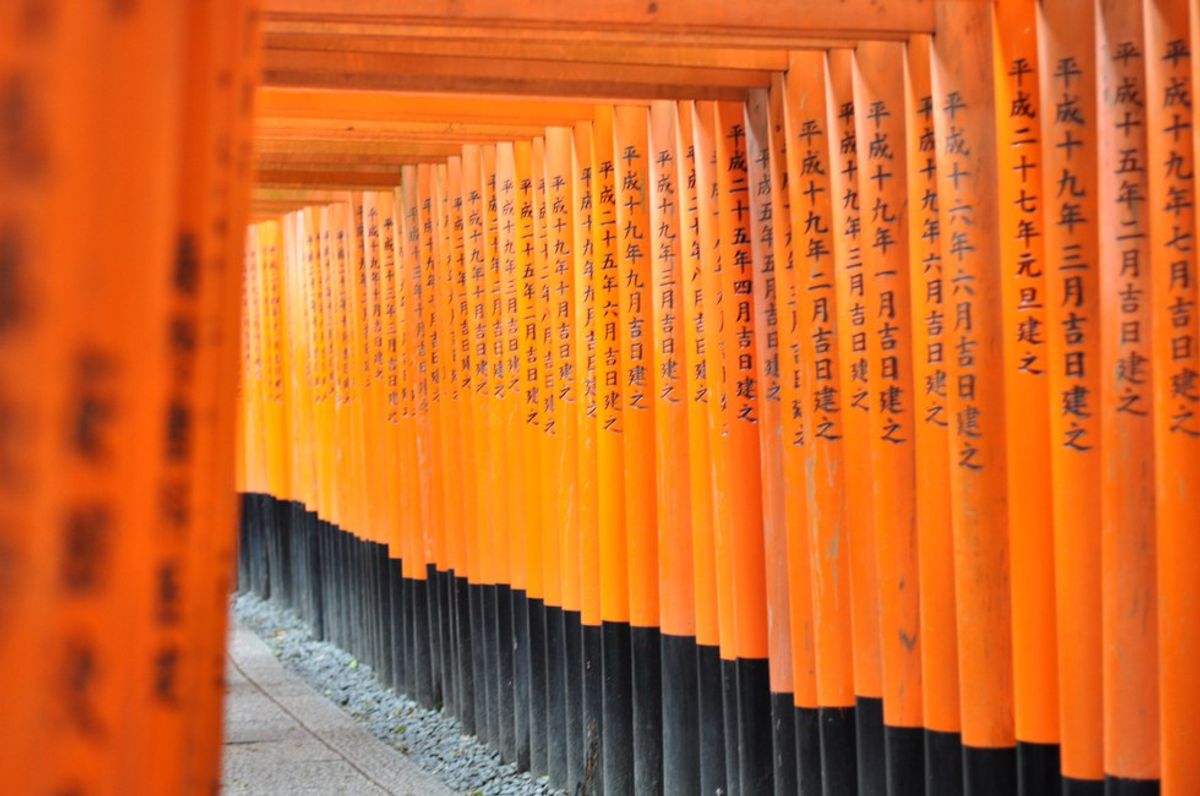 Living in Japan is one the craziest, fun, and interesting experiences ever. Leaving Japan, on the other hand, is a whole different story. Once you've been surrounded by the constant bustle of Tokyo, the quaint countryside, and the always friendly natives, it's hard to leave. It's only until after leaving, that most people start to realize some of the best things about this beautiful country that they so dearly miss, and here are a few of them.

Getting around Japan, especially the greater Tokyo area, is a piece of cake with the punctual public transit. The easy-to-use, accessible trains are definitely one of the things everyone misses after leaving Japan.

Japanese convenient stores have a wide selection of fresh snacks, meals, and drinks to be enjoyed by all, even sumo wrestlers. In fact, it's usually one of the first things you miss once you leave. "Really, the only thing the gas stations in America have are slurpies?"

4. Outstanding customer service, even without tipping.

Japanese hospitality is ridiculously courteous, and the politeness spreads into every aspect of society, especially customer service. Staff are always respectful and helpful, which is definitely something most miss when they leave Japan.

Japanese food is diverse and delicious. Beef bowls, friend rice, sushi, curry, and "karage" (fried chicken) are a few of the yummy meals people crave when they're gone.

6. Cool toilets that make noises, heat up, and do just about everything else.

There's nothing worse than having to sit on a cold toilet seat in the middle of winter. The feeling of a warm seat or the possibility of a nice bidet spray is something that everyone misses after moving out of Japan.

For having little to no public trash cans, Japan is extremely clean. It's fabulous to be on the public transit and not have to worry about getting sick from just sitting on the germy seat.

8. Low crime rates and a greater sense of personal safety.

Japan has one of the lowest crimes rates in the world -- so safe that children can ride the train alone to school by age six, and sometimes even younger. You miss the sense of security you get from being in Japan that you don't quite feel in other places.

9. Drivers being super polite, despite the crazy traffic.

If you've ever driven or ridden in a car in Japan then you know how crazy the small roads can get -- congested with bicycles, pedestrians and mopeds. Despite all the chaos, the drivers are surprisingly calm and polite, even pausing to let gas station attendants lead cars back onto the road. Horns and flashers are often used as signs of gratitude rather than anger, and people even bow to say thanks while driving. Once you leave you may begin to wish that people everywhere drove so nicely (but you probably won't miss the traffic).

10. Not having to worry about daylight savings.

Once you get over the sun rising so early, it's nice to not have to worry about being late to work by one hour. "Do you fall forward or fall back?" Chances are once you've left Japan, you'll wish you were back, not having to ask yourself such questions.

11. Being able to use a Pasmo card at most places you go.

A "Pasmo" is a card that you fill with money to pay for public transit. Unlike some other similar cards that only work in one city, Pasmo is special in that it works throughout Japan -- and on more than just trains and buses. Most people who leave Japan find themselves wishing they could just tap a card on the vending machine, rather than having to get out cash to pay for a little snack or drink.

Whether it be the old Shinto and Buddhist temples of Kyoto or the modern skyscrapers of Yokohama, Japan has some of the world's most beautiful, diverse and innovative architecture. It is sure to leave you missing it when you're gone.

13. The appreciation and celebration of nature.

The Japanese love their seasons (and it's no surprise why once you experience it for yourself). Festivals and themed goods help commemorate all the best things that the four seasons have to offer. Although spring is definitely the most famous (cherry blossoms, duh), all of the seasons are loved by the Japanese people. From ice cream shops to clothing stores to public areas, the excitement of the changing seasons is something to be missed.

You don't ever have to worry about being short-changed in Japan. Most stores have machines built into the cash register where the cashier inserts your money and your exact change is automatically dispensed.

It's true that Japan's eccentric pop culture is world famous, but it's amazing to see how these new ideas have been integrated into ancient practices. This juxtaposition of ancient and recent makes for a unique experience -- one you're sure to miss once you've left the "Land of the Rising Sun."

Who doesn't love cute things? So many aspects of modern Japanese culture are built around the love of cute things, from hobbies to clothing to advertisements. After being without if for a while, you start to realize how much you miss the overwhelming adorableness of Japan.

17. Plastic food replicas on display outside of restaurants.

Deciding what to order is a lot easier in Japan, where most restaurants feature real-life replicas of their food in display cases outside. Walking by, you can easily see what you would like to eat (it also helps if you are unable to read the menu).

Japan is home to many yummy snacks, a special one being "onigiri," a rice ball or triangle often filled with fish and covered with seaweed. These little rice triangles can have a number of things inside of them like tuna and mayo, pickled plums, salmon raw or cooked, or fried rice. They are sure to be missed when they're no longer on every corner, in every convenient store.

A fun and delicious dining experience, sushi-go-rounds are restaurants with revolving conveyor belts that carry sushi to all of the tables. If something goes by that you like, you grab it, and prices are calculated by the number of total plates at the end. Once you've eaten here, eating sushi anywhere else feels incomplete.

20. Having vending machines with everything, everywhere.

Whether you're in the mood for hot tea, cold fruit-flavored water, crispy french fries or farm fresh eggs, there is a vending machine in Japan to satisfy your cravings. Around every corner, on the subway platforms, in the malls, and in the middle of nowhere, you get used to seeing vending machines of all kinds being conveniently nearby. You definitely start to miss them when you're out of Japan.