There's the main chick, and then there's the dreaded side chick... 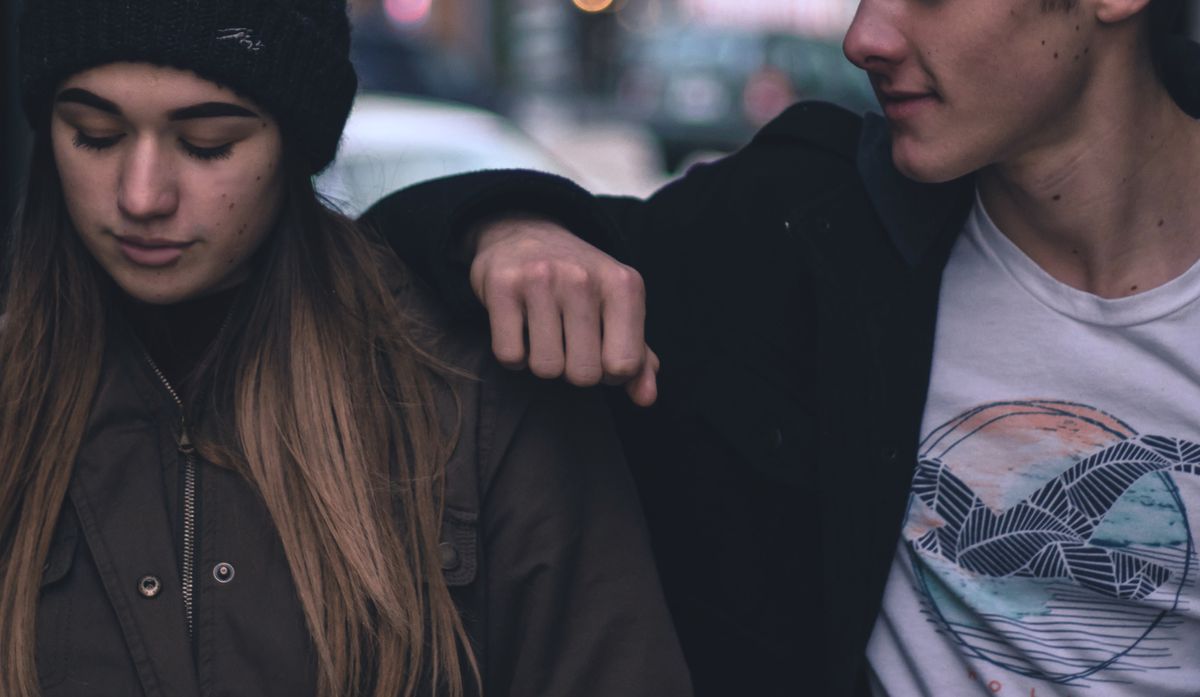 If we devote ourselves to ONE person who is essentially expected to do the same, they need to devote themselves fully or leave. It's as simple as this: LADIES, WE ARE WORTHY OF SO MUCH MORE THAN WE THINK. DON'T SETTLE.

So if these 20 some things apply to the guy in your life, do yourself a favor and leave:

1. You only talk on Snapchat

What better way to hide all evidence of communication?

3. Little to no reciprocation

When almost all conversations or times together are focused on pleasing him, there's a problem. If he's not willing to give things/plans up to support you, as you do for him, he's not the one.

When his girlfriend is asleep and he needs extra attention, he's willing to disturb your sleep for his own benefit. Don't you find it odd that he won't talk ANY other time

Although you planned grabbing some coffee together, he forgot that he already had made other commitments for that day and time. Often, he'll even forget to cancel or call you to let you know he won't be able to meet up.

6. You don't know his family

If he's already met your family, yet doesn't want you to meet his family- that's odd. It has nothing to do with you. He may be embarrassed of his family, hasn't told them about you yet, or bringing girlfriend number two home may not blow over so well.

7. He never takes you on dates

Sick of staying in all the time? Feel like he doesn't want to show you off? Seem as if you two only do what he agrees upon?

9. Your name isn't saved in his phone

10. He won't take pictures with you

The "I don't like how my hair looks" line only works so many times.

11. You're not allowed to post things about him/you two on social media

"People don't need to know about our personal lives, we know and that's what counts."
"Let's keep us low key, it's better that way."
A picture is too personal?

12. He suggests to "Netflix and chill"

13. He only gives surface-level compliments

We all love to be called beautiful and gorgeous, but we are so much more than our looks, ladies!! Tell us how intelligent, hardworking, dedicated, sincere, etc. we are!

14. He always vents to you about how annoying other girls are

We get it... You have pretty boy problems, boo hoo. Maybe he's trying to make you jealous or pull compliments out of you, but believe me, he'll probably complain about you to his girlfriend.

15. He depends on you for distraction

If he insists on not talking about things outside you both, and to just forget everything else- always- then you are his distraction. Whether he's avoiding responsibilities, a girlfriend back home that requires attention, or adulthood.

If he doesn't think he has an issue, even when it's addressed, he't not going to change. Girl, you don't need a troublesome boy adding issues to your life.

17. It's all about HIS convenience

Yes, you're probably noticing a pattern here. In case you didn't know, the world revolves around him in his eyes.

If he's talking to you while he's dating someone else, what makes you think he won't do the same to you?

19. He promises he's done with her, but you're always second

If he was truly done with her, he wouldn't be with her. Move on. Someone who truly wants to build a relationship with you will focus on only you. You are worthy of being a priority.

20. You awkwardly find out he has a girlfriend