20 Things I Figured Out At 20
Odyssey

16. Fear is an opportunity. Fear is a liar. Fear is a construct. In this, you have 3 mutually existing realities that offer you 3 powerful responses. 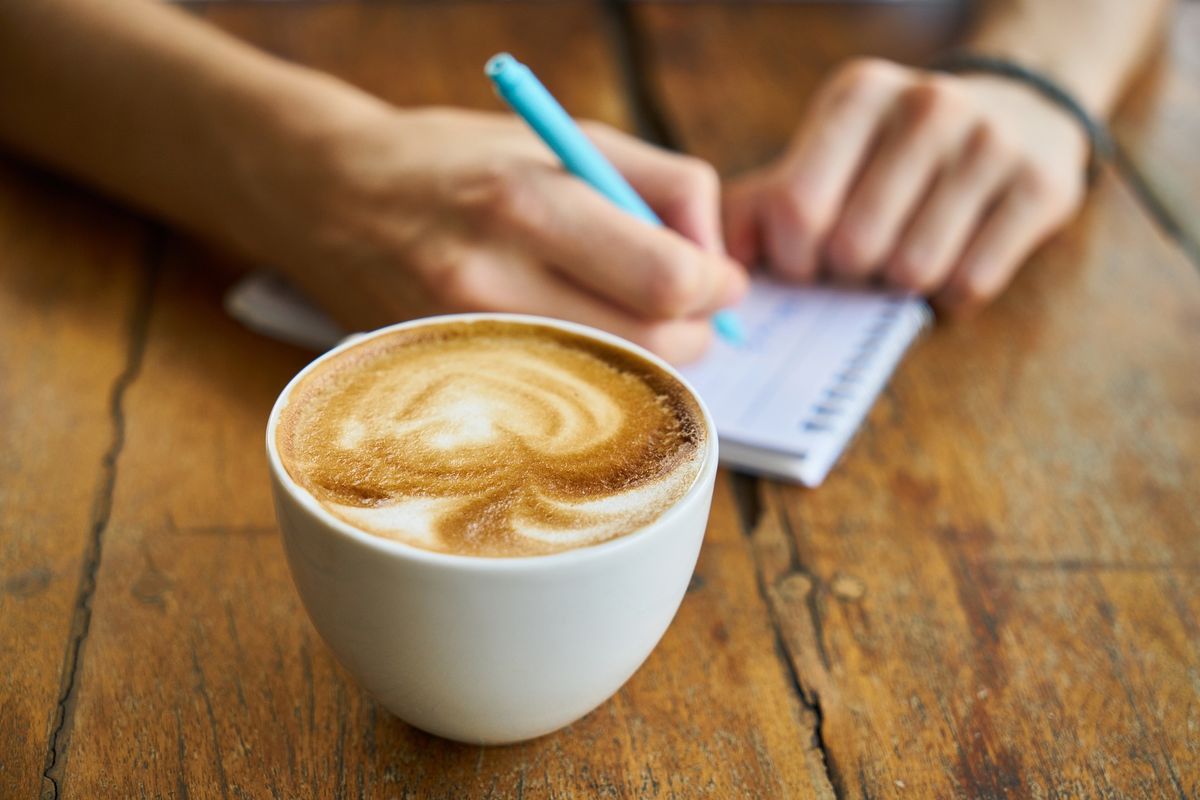 So you wake up, and it's your 21st birthday. You've been a 20-something for a year, something you imagined your entire life, and yet again you a struck with quiet disappointment: your age changes, and the year to come might change you, but you don't wake up automatically enlightened. You still learn the old fashion way: from bumps and bruises and time. Lots and lots of time.

With that said, two decades is enough time to figure some things out. There's plenty I know now that would've saved me a lot of heartache and heartbreak at 13, or 15, or even a year ago. Somewhere along the way, I've had some time, and some bumps, and some bruises - and I've figured a few things out.

So, to my younger friends, and my younger brothers, and my little cousins, and most of all, my younger self: here's 20 things I figured out at 20.

1. There is no shame in therapy. Celebrate that you love yourself and put time and energy into bettering your mind. If you're sick, you'd call a doctor. If something's up with your mind, or your life -- addressing it is just as responsible, positive, healthy, smart, and good. Be good to you. Take care of you. Talk to someone.

2. There's neither taste nor glory in cruelty, and having an understandable reason doesn't change that. A "good" reason isn't an undo button. You know the cliches about what goes around comes around? There's something to the notion of karmic retribution. The golden rule is LIFE. Put into the world what you hope to get out of it. Heed the law of attraction. They're cliches because they're true. Believe them, trust them, live by them.

3. There's no honor in easy conquests. The more you put into something, the more you get out of it. Even if you you mess up, if you went all-in with your heart and soul, you'll be different by the end - and better in the long run. ("If you're going to fail, do it spectacularly.")

4. Self-respect includes self-care, integrity, and authenticity --- and it should always come first. Something I learned from Jared Padalecki: always keep fighting. Know you are enough. Love yourself first.

5. Compassion is a celebration of life and kindness is empowering. Ignore Regina George and everyone like her. They're miserable. Trust me.

6. Something I learned from acting: The moment you get angry, and indignant, and lose yourself: you become the least powerful person in the room. You give all the power to whoever made you feel that way.

6. Something I learned from pain: It doesn't last. Nothing about the human condition is about permanence. Everything is transient and fleeting. Cherish the good. Endure the bad. Neither exhalation nor suffering are eternal states.

7. Being alive is not a long-term commitment. Remember that, especially when you're scared, or filled with dread, or can't take it anymore, or feel like you have to look out at an entire daunting future ahead of you. You only have to think about today. One day, one step, one moment at a time. And while you think about your one day, and you take your one step, you build a life. It's only when you look back, or you lose someone, that you'll realize this: life is short, you exist for a blink, and the only weight you have in this world is the same as any other speck who's entirety exists in a blink. You are marvelously insignificant. Your failures don't even register. Your triumphs in the way you have impacted others is the legacy with power. Craft your life around that impact. Only take it on in small bites. One. Day. At. A. Time.

8. Don't hesitate. There's too little time for a moment to be squandered. The only thing shorter than life is youth. The only thing you lose faster than youth is time. What's lost is not an excuse to keep losing.

9. Self-care is not squandering. It preserves you and increases the quality and prolificness of anything that follows it.

10. Fear's paralysis is definitely squandering. "I'm scared" goes under the pro list - not the cons.

11. The unknown, all all its uncertainty, is a thrilling, precious gift that's fretfully misconstrued by anxiety. Don't let freaking out hold you back. You will never remember the freak out. You will always remember the "could have been".

12. Something I learned from burnout: if you want to go far, enjoy the walk, because that's 99% of the experience.

13. Something I learned from insecurity: Success is an iceberg. Don't compare yourself to people that are older, further along, and have more training and effort and work and time put in. Don't envy who stands at the top. Figure out where you are and what you need then start climbing. Hold on. Time itself often becomes a credit to your name, in a strange way. Even patience gives you seniority eventually.

14. Complaining about your lots won't get you new ones. I'm sad to say people don't often care that you think something sucks, and dwelling on it only makes you dry company -- for yourself and others. Make it fun. Love what you've got, even if you're fighting for something better.

15. Life feels unfair when you look at someone you once felt equal to and see that they have more. If you stopped and got comfortable while they kept pressing on and working... that's why. If you didn't, you'll have it too. Don't get jealous, get inspired -- it's never too late to get back on track, and we all need relatable heroes.

16. Fear is an opportunity. Fear is a liar. Fear is a construct. In this, you have 3 mutually existing realities that offer you 3 powerful responses.

17. Excuses are parasites. They don't go away if you keep feeding them. If you don't hold yourself accountable, they'll just keep coming, and you'll feel like trash - creating a cycle of shame and insecurity and anxiety that feeds the excuses in the first place -- which only gets worse because other people will start to call you on it. Catch them and stop them before they accumulate and get attached to anxiety and fear. Otherwise it will be a lot harder to dig yourself out from under them.

18. Thank the people who doubted you. They gave you something to prove and someone to prove wrong --- that is far more valuable than pools of flattery. All the good and all the bad get thrown out, and every hater is a necessity. When we have reasons to achieve great things, we're motivated to finish what we start.

19. Never forget who was there for you, and reward them - now and later. Never forget who dismissed you or pushed you down or wasn't there for you, and ignore them - now and later. Know the difference between "saying" they're there and empty offers and actually being there. There's never been sincerely in facades, and they're unstable things that don't last. Don't forget that toxic people are best addressed by deleting them from recognized existence.

20. Something I learned from dysfunctional family and equally dysfunctional small hometowns: Never forget where you come from, but down let it hold you down or back, and don't let it drag you under. Roots are something that keep you grounded and on your feet while providing nourishment for you grow. Shackles are very different than roots. The foundation is only what you want it to be - wisdom, identity, the things you select - and you don't have to take anything you don't want. Your history is a buffet: keep what you love, let go of what you don't. It's as simple as that.