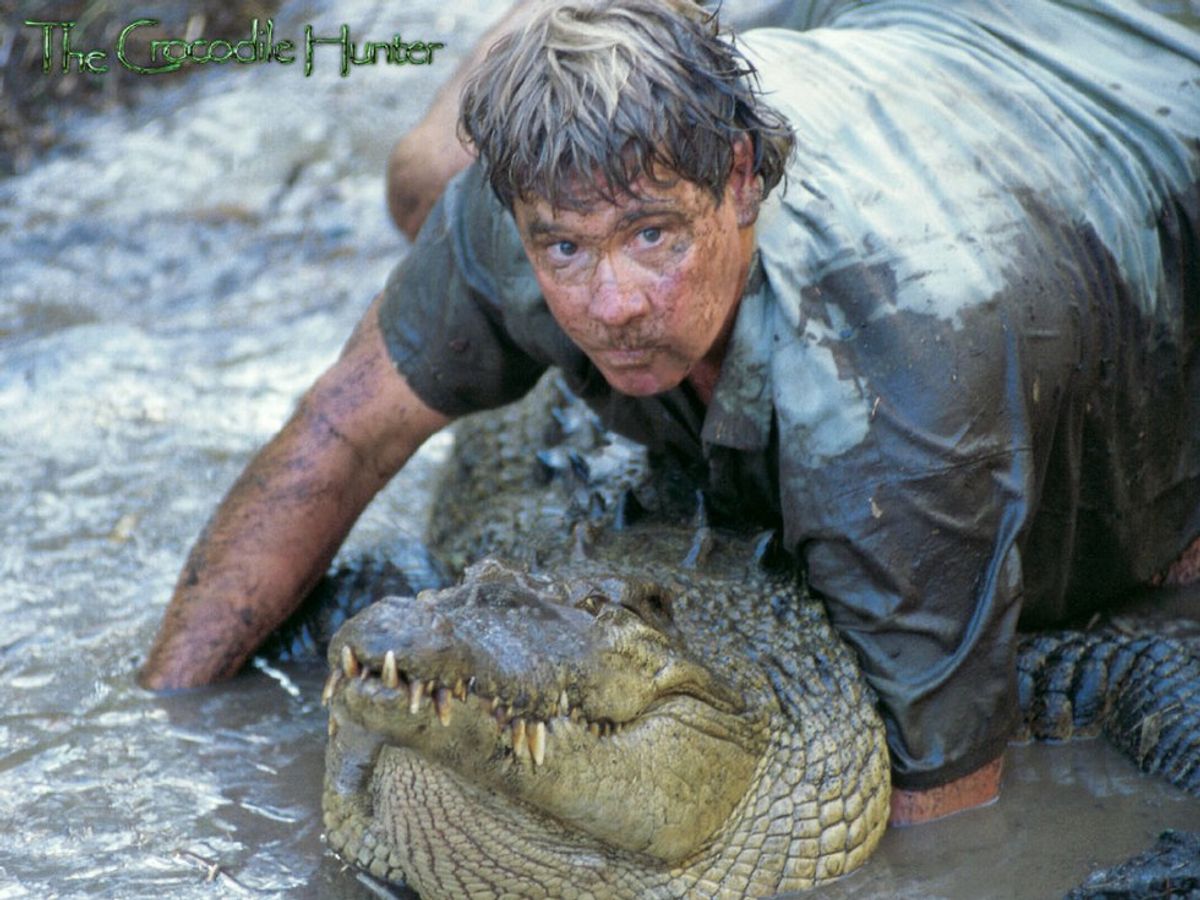 Ten years ago, we lost someone very important, Steve Irwin. You may remember him as the crocodile hunter, or just some freak who loved to play with the wildlife, either way, he was a hero to many. Steve Irwin died in a tragic accident against a sting-ray and was taken way too young. He left behind a beautiful wife, a daughter, and a dog who followed them everywhere. Let me remind you of some great times he shared with us

1. He hung out with an Inland Taipon, the most venomous snake in the world

2. His baby son, Bob, helped him feed an alligator at the zoo

3. He was bitten by a snake on tv, and didn't even flinch

4. He was bitten on the nose by a bearded dragon

5. He tickled a wombat

7. He chased and CAUGHT an emu

8. He got freaked out by a spider, on televison

9. He fell over a fence as he was running

10. He fell out of a boat, twice. consecutively.

12. He cried over the death of a crocodile

13. He brought a python on Jay Leno

14. Steve and his mate brought snakes on the Today Show

15. He brought baby snakes on the Late show with Conan O'Brien

16. Steve and Terri spent their honeymoon trapping crocodiles together

17. Bindi, his daughter, was just as cool as him