Just a few of the many reasons we should all love this hidden gem of NY. 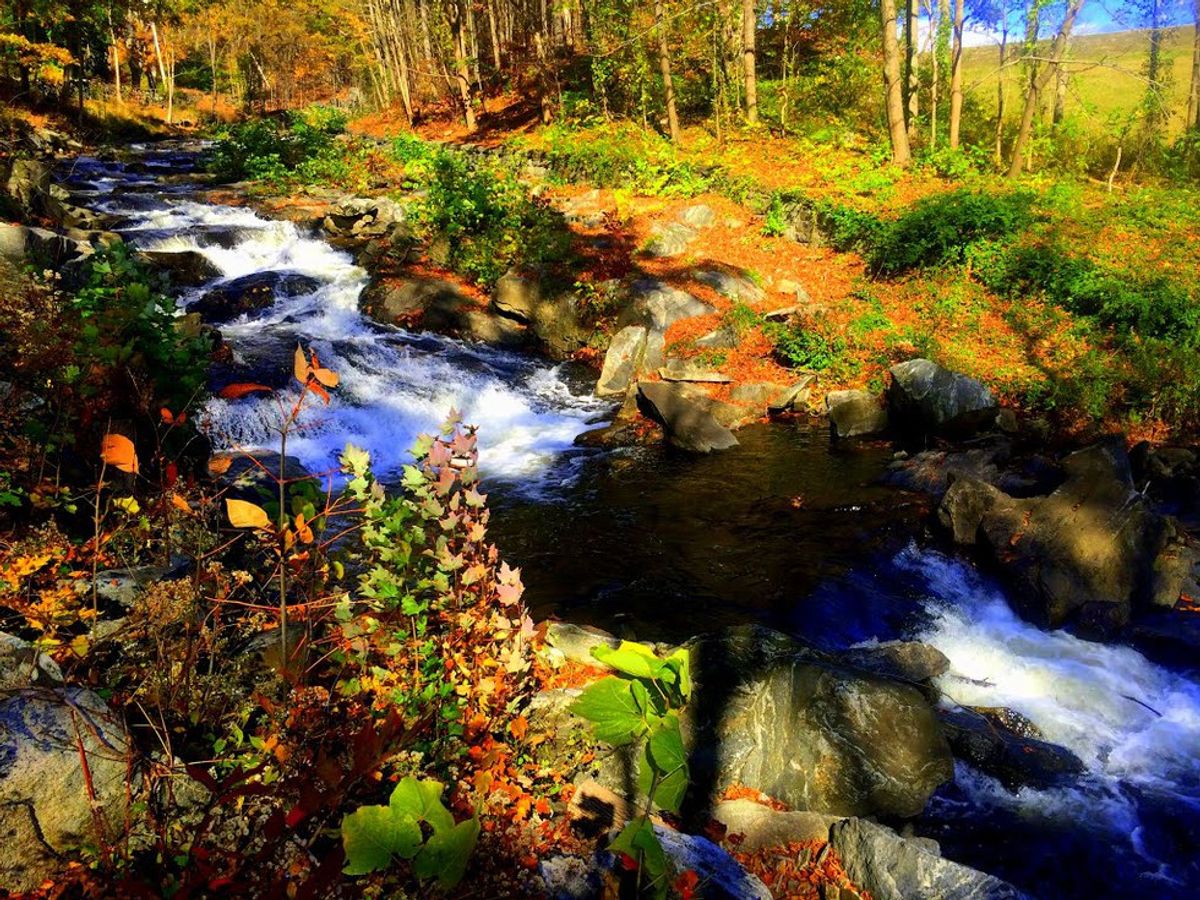 If you have never heard of Putnam County, New York, it isn't that surprising. However, that should really change. This small New York county is the hidden gem in a diverse and infamous state. Most people picture New York City, Niagara Falls, or even Long Island when they think of New York, but this state has so much more to offer. Putnam County is not just beautiful, it's historically and culturally important as well. Here are some facts that will put Putnam County on your radar.

Israel Putnam was an American army general officer who fought in both the French and Indian War as well as the Revolutionary War. He is known for his courage and infamous celebrations of victories. Fun fact: he is also an important character in Assassin's Creed III.

2. There are 7 major reservoirs throughout the county.

Putnam is known for its beautiful landscape and windy roads that revolve around the reservoirs that make up the NYC watershed system. These reservoirs also have various cliff jumping spots and rope swings.

Notorious traitor Benedict Arnold was staying in Putnam County when his treachery was revealed and plans were beginning to take place to capture him.

4. Sybil Ludington was a Revolutionary War heroine and Putnam native.

Sybil was a 16-year-old who rode 40 miles across Putnam to rally militia together to stop British troops from crossing the New York-Connecticut border. This was a much longer distance than what Paul Revere rode, not to mention she was also a teenage girl. Pretty impressive. Carmel, the county seat, memorializes this underrated heroine in a magnificent statue in the center of town.

5. The Great Swamp in Patterson.

While this may not sound appealing, the Great Swamp actually plays an important role in this county. Not only is it a staple elementary school field trip that teaches students about wildlife and how to row a canoe, it is one of the largest wetlands in NY. It is also an important bird sanctuary.

6. The majority of Putnam residents are of Italian and Irish decent.

31 percent of residents are of Italian ancestry while 21 percent are of Irish ancestry. These are the two overwhelming majorities with the next most common ancestry being German at 9 percent.

7. Putnam is home to many NYC firefights and police officers.

Carmel is the furthest place north of the city that their firefighters and police officers can legally live. It is becoming increasingly common for people who work in the city to live and raise their families in Putnam County.

8. Putnam is not Upstate New York.

Putnam is technically considered southeastern NY or is also referred to as the Hudson Valley. Anyone who lives in the city or Long Island will probably continue to call Putnam upstate but it is actually closer to Washington DC than it is to the Canadian border. Yeah, NY state is quite large.

Great attention was brought to this region when rumors arose that Angelina Jolie and Brad Pitt were looking to purchase this home. That deal fell short since this house was Frank Lloyd Wright's design but it was constructed after his death.

10. Putnam has the largest Buddha statute in the Western Hemisphere.

Chuang Yen Monastery in Carmel holds the largest Buddha statue in all of the Western Hemisphere. This monastery is a local landmark and brings in many tourists and pilgrims from around the world.

This is what high school revolves around in Putnam County. The Carmel - Mahopac rivalry is actually dangerous. Brewster just kind of sits in the background and hopes their games can be half as intense as their neighbors.

12. Putnam is home to the only library in the US that specializing in Buddhist history.

The Chuang Yen Monastery not only holds this important history, it gives out books of Buddhist history and ideology for free for all visitors.

13. Putnam is the stone chamber capital of the US.

14. There is not a single city in Putnam.

Not a single place in this county qualifies as a city. I guess this plays into the small town upstate reputation Putnam is often given.

Well this is pretty biased, but there are some facts to back it up. 90 percent of all Putnam high school graduates go to college. Putnam is also the 15th wealthiest county in America and has the fourth highest average household income in New York state. Putnam residents appreciate our natural landscape and our county's important role in history.

Hopefully you now love Putnam County as much as I do!