Because a Hurricane isn't always a bad thing.. 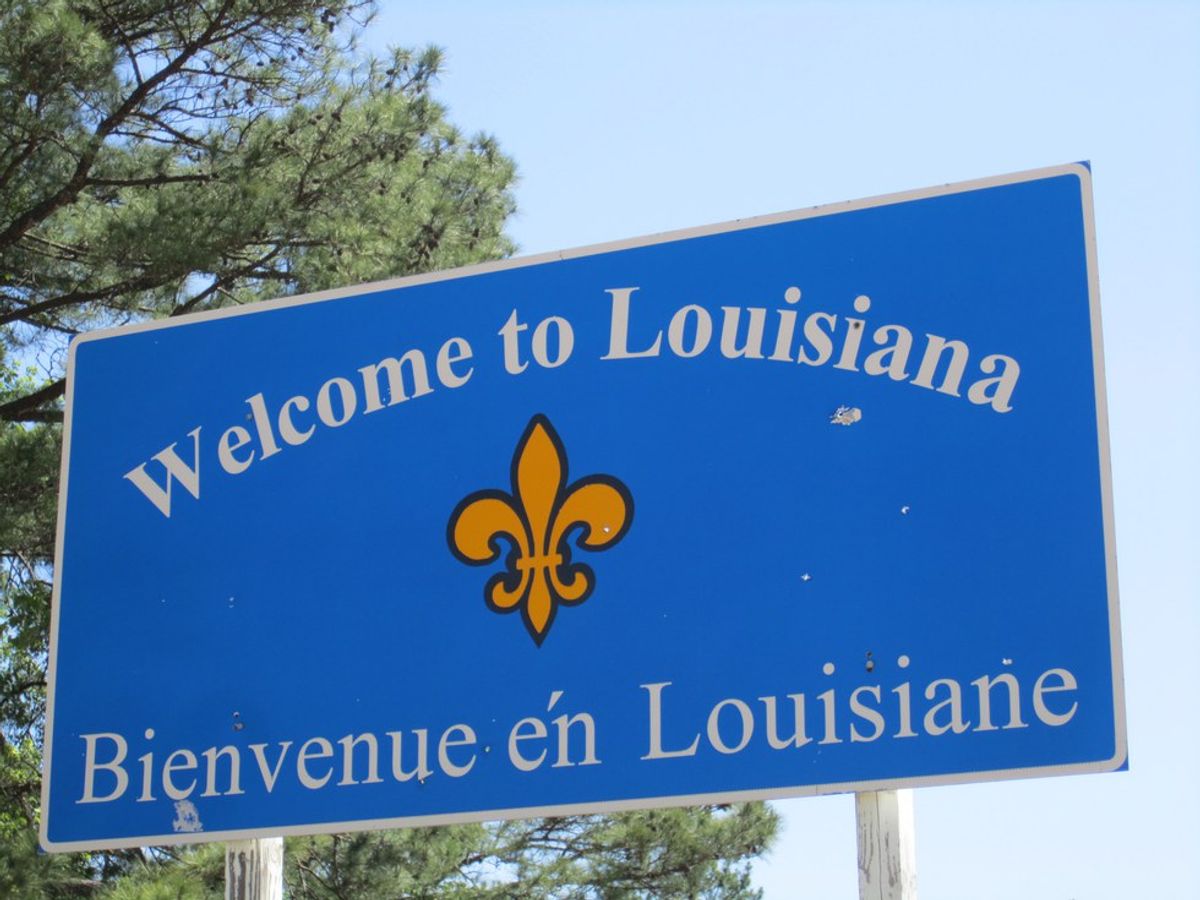 From Mardi Gras to crawfish boils, Louisiana is a never-ending party. We are a state all our own, a little bit of French, Spanish, and a dash of everywhere else, poured into a massive pot and made into the Gumbo that is our culture.

phrase describing the proper way to eat boiled crawfish. It’s not half as bad as at it sounds. “No, sha, you gotta suck the head and pinch the tail!”

(v.) a sort of conga-line (parade like) type of dancing that involves jazz, handkerchiefs and umbrellas. Most often seen at weddings, funerals and during Mardi Gras. “People second line when there’s people dyin’…”

(n.) everywhere else in the united states calls these counties. Parishes dictate where you go to school, where you go to church, and just how Cajun you really are. “Terrebonne? That’s at the bottom of the boot.”

phrases to describe traveling anywhere north of New Orleans or south of Shreveport . Most often used by the people from Cajun country, the Northshore, and Baton Rouge. “You goin’ up to Laffy this weekend?”

(n.) a blend of Cajun spices sold at every store in south Louisiana. It’s used on everything, in everything, and without it, food just doesn't taste right. “It’s good, but put some Tony’s in it!”

(n.) sporting events during the fall season that might as well be a religion. People will plan their weddings around football season. Purple and Gold naturally go together. “Geaux Tigers!”

(n.) a song that might as well be our own anthem. It describes a stereotypical Saturday night down south, complete with a thick Cajun accent and zydeco sounds. “Dance in the kitchen ’til the morning light, Louisiana Saturday Night!”

(n.) a massive event involving all members of your family, newspaper as place mats, and boiled alien-like shrimp-ish creatures (mudbugs). Often done on Good Friday, crawfish boils bring everyone together to do our favorite thing: eating. “You guys having a Crawfish Boil this year? If not, you can come to ours.”

(n.) not a natural disaster in this sense, but a drink consisting of fruit juices, syrup and rum. Cajuns are successful in making everything an excuse to party, including the storms that try to wash us away. “We went all the way to this one bar on Bourbon just for the Hurricanes.”

(n.) the region of Louisiana known for the best fishing, hunting and outdoor activities in the country. People travel from all over the place just to take part in the fun, sometimes stressful adventures in the swamps and marshes. “Come to my camp in Grand Isle and we can fish this weekend.”

a Cajun French suffix used far too often in South Louisiana. There’s no “o” in a word that can’t be replaced with our lovely battered French sounds. “Geaux.” “Sneaux.”

phrase meaning “come here”, or used when you want someone to look at something. I personally use this one way too much, especially when online shopping. “Hey Ashley, come see these stickers I want for my laptop.”

(n.) the ultimate Louisiana holiday, Mardi Gras is traditionally the last Tuesday before Lent. Used by Louisiana school kids as a week-long (or two days, thanks LSU) break to spend in Disney World or at parades. “Are y'all going anywhere for Mardi Gras this year?”

No one can stop a Cajun Party, and no storm can wash us away. We are Louisiana, and we will always be proud of that.