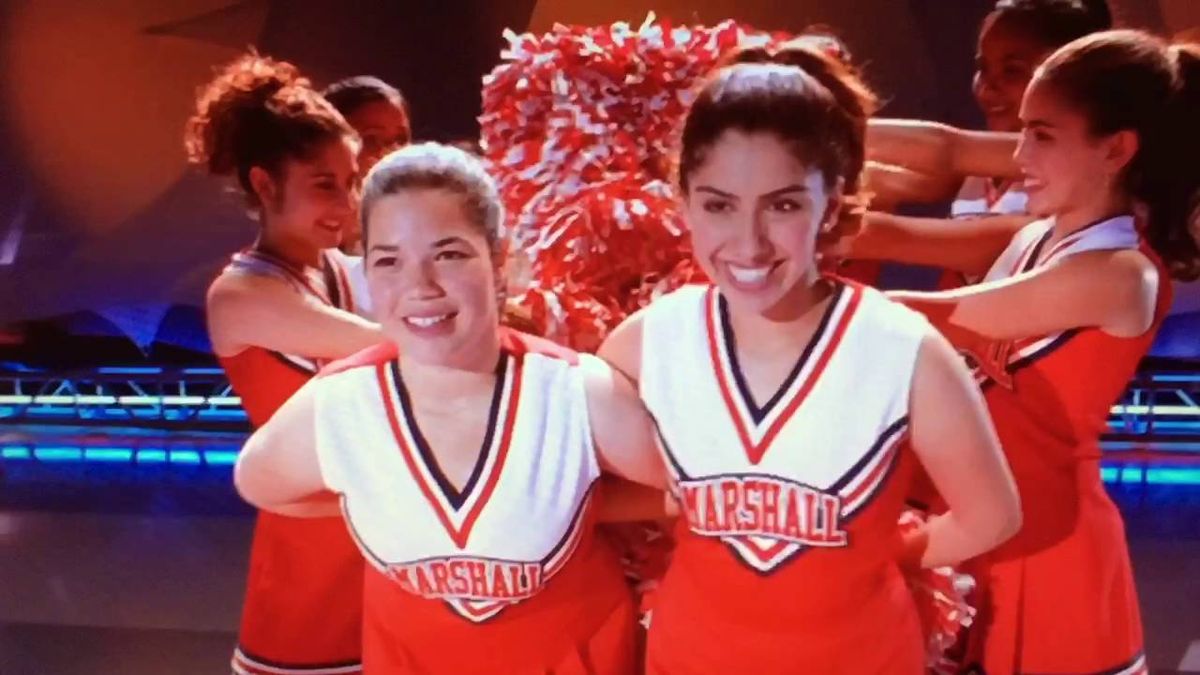 If you're a 90s baby you may have forgotten what your actual favorite movie is, so I am here to remind you of the magic that was Disney Channel Original Movies (DCOMs) from the late 90s and early 2000s. You're welcome.

And so our love of mermaids (or mermen) continued beyond the days of The Little Mermaid.

The Halloweentown trilogy (yes trilogy, because we refuse to acknowledge that character change in the fourth installment) is legendary and will forever live on as a childhood favorite.

Another trilogy that you probably grew up on, Zenon's spark and quirkiness led us all to wish we could live in a colony on the moon.

4. Luck of the Irish

I swear they only played this one on St. Patrick's Day, but I bet you looked forward to it all year.

This one may not have been a Halloween themed movie, but it still scared me as a kid. But in a good way. The dangers of technology, folks.

A classic twin pretending to be their twin movie - but with a twist and hint of feminist inspiration! What more could you want?

If you weren't sitting on the edge of your seat praying for the success of these fictional cheerleaders I don't know what you were doing, but you weren't doing it right.

Another "I can do anything boys can, but better" film to empower us from a young age. Looking back, some of these DCOMs really pushed gender norms for their time. I was so there for it and I still am so here for it.

You may have forgotten about this classic, it wasn't played often, but still a strong contender. The great thing about so many of these movies is that they were so relatable, even though there were heavy embellishments. You may have been at a loss to do when you had a younger sibling come around but, hey, at least you didn't have five at once!

One of the original classics, this older movie was another one that wasn't played often but when it was you best believe no one was interrupting your program. A little romance, a little family value, a dystopian society. It could probably be remade into a coming of age teen novel these days.

Another Halloween classic, you waited all year for this one. "The 13 Nights of Halloween" specials were lit and this was always on your must-watch list when the scheduling came out.

12. The Color of Friendship

A lot of the DCOMs put life lessons in funny and light ways, but this one took a more serious tone to provide life lessons you need just as much today as you did back then.

Hilary Duff was more than just Lizzie McGuire in the eyes of a real Disney connoisseur. In a world of beige and rules, she still found a way to stand out and be herself. A lesson we all could use at any age.

Again, relatable even with exaggerations. Everyone wants to fit in while still feeling unique and special. This movie showed how possible that is! It also showed what great things can happen when females stop competing with each other and putting each other down and instead work together and value each other's differences.

These movies will always stay forever in our hearts, even if they don't play on TV anymore.