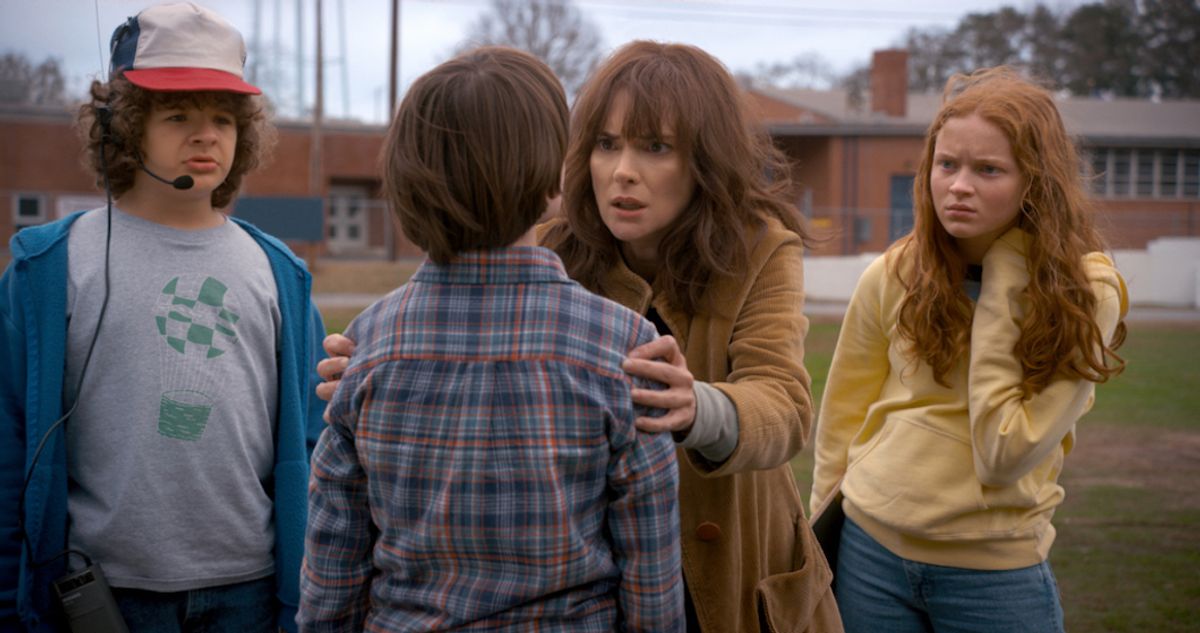 
If you are like me and you have aggressively binge-watched the second installment of Netflix's original series Stranger Things, then I'm sure you're also like me and you have a lot of questions about what season three may hold. After re-binging and watching interviews regarding the show, I have created the ultimate list with all of the questions that we NEED answered in season 3.

After living a life of captivity and medical testing, will she ever be able to attempt to go to school or wear regular clothes? We saw her in season 2 find her strength in her abilities but what about finding herself?

2. Are the Byers family cursed with upside down back luck now and forever?

It seems like this whole family can't catch a break. RIP Bob.

I can't figure out how he would be but it seems like its possible. With the lab under lockdown now, how much power could he possibly have to get Eleven back into his custody?

4. Since Mike and Eleven are a thing and Hopper is now Eleven's dad... are Mike and Hopper going to have some beef?

I sense a "don't hurt my daughter or else" speech brewing, and then Mike being like "I found her first". This could be messy.

5. Is the Shadow Monster returning or will there be another new villain to give us nightmares?

As we have seen in final moments of the season, this sentient being is still alive and floating. I can't imagine the shadow monster shrugged his "arms" and decided to not try to destroy our dimension.

6. Will Eleven and Max be friends or enemies?

As we know, Eleven saw Max and Mike together, getting very jealous and throwing her off her skateboard. (Let's take a moment to remember how bad ass Eleven is) Since this jealousy is part of the rage that helped her move trains and close really important gates, it's safe to say Max and Eleven won't be the best of friends right away. Mike doesn't even like Max, so will Eleven catch on to the trend or does she have to have some hopefully not violent conversations first? The party may have some dividing sides again on this topic.

7. What happened to the other patients?

Where's number 9? 10? 12? How many were there? Were they all kids? Do they all have different powers or did some of them not gain any abilities? I mean, how well did this human experiment work? I can't imagine there was a 100% success rate. Or was there?

8. Does Steve go to college?

I'm assuming he was too busy being a dad/babysitter to finish those college essays he was once worried about.

9. Will Nancy decide who to date or will this be a Twilight type love triangle?

Nancy, make up your mind already. It also seems like Nancy doesn't have any friends to help her with this situation so maybe she can talk to her mom. Or her brother.

10. Will Mike and Eleven FINALLY get to be happy without the distractions of ... death?

I have a strange feeling this answer will be no.

11. Does a girl FINALLY see Dustin for the adorable human being he is?

Lookin' at you MEAN girls who wouldn't dance with him at the Snow Ball. I am looking at YOU.

12. Billy didn't really just roll over because his sister swung a bat at him... did he?

13. Is it really that easy for Joyce and Hopper to get together?

Eleven/Elle has a nice ring to it. Dontcha think?

Caitlin Marie Grimes
University of South Florida
7116
Beyond The States