"If you would have told me a year ago she would be living with three boys and I would be okay with it i would have said 'No way!' But they're good boys." - My dad Mike 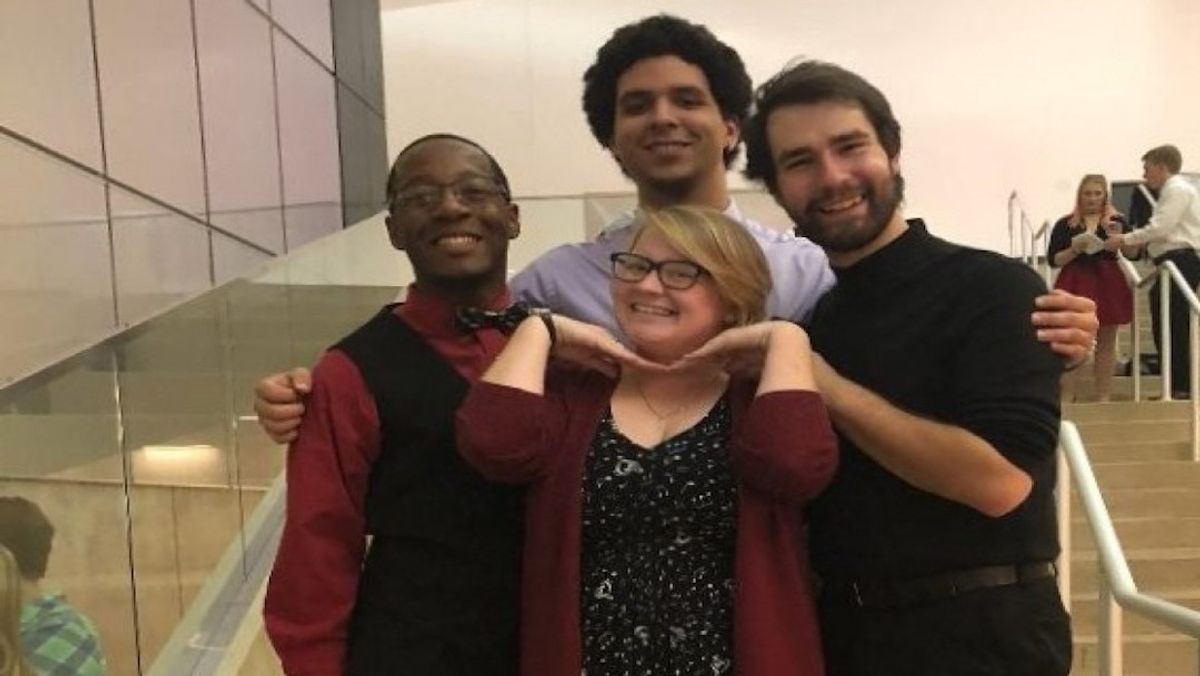 The most amazing and horrible thing about being in college is the prospect of roommates. There will be the nightmares that treat your room like a brothel, blow dry their hair while you're sleeping, or use the entire floor as a dumpster. Then there will be the roommates that teach you things and support you in ways you didn't know you needed.

This past year, I have lived with three boys, Joe, Jamel and Michael. At times it was a struggle, like when it came to who's turn it was to DD or buy toilet paper. Don't even get me started on dishes. Through it all though, I have honestly never been so happy with where I live and who I'm with.

Without further ado, here are 13 things I've learned from living with my three boys.

1. Don't buy paper towels when you can just grab a bunch of extra napkins anytime you get fast food.

It's a waste of money to get Bounty when Wendy's has napkins for free! Just stand in front of your friend while they reach their arm as far into the napkin holders as they can and fill the paper bag. These will serve as your paper towels, tissues, cleaning rags, and, in a bind, your toilet paper. Don't worry about running out because someone is always in the mood for Burger King. This "stocking up" mentality also works for Taco Bell sauces.

2. When you say you're going to do something, they will hold you to it.

If you say you're going to work out every Monday, Wednesday, Friday to lose weight for the summer they will help you, in the most annoying ways possible. They will ask you why you didn't go to the gym if they ever see you home doing nothing. If you have anything in your mug that isn't water, one of them may dump it out while saying "We drink water in this house." When you buy a scale and they lose weight they'll tell you how "it's easy." However, when you do start to lose the weight they will tell you that you look good and to keep up the good work.

3. It's a dumb question if you already know the answer.

If you see someone going downstairs with a full laundry hamper, don't ask if they are about to do laundry. If you see that there is a burger on the stove top, don't ask what they are making. What I thought to be harmless conversation starters made me look dumb for the first couple months in the apartment.

4. Boys will not tell you where they are going, but you better tell them where you're headed.

I was out on a date for the day and near the end of it, Jamel calls. Thinking it's an emergency I apologized and answered. I was then yelled at by all three of them for not saying when I left, where I had gone, and what time I was getting home. When they found out I was with a boy the shouts only got louder. "You could have been killed and we wouldn't have known!" When I got home they were all on the couch with their arms crossed. However, if they are walking out the door and you ask where they're going they will tell you it's none of your business.

5. The stroganoff Hamburger Helper is the best of all the Helpers.

As someone who's not a fan of marinara sauce, it's the perfect quick and easy pasta dish for a busy college student. They will not understand why you lock the door all the time.

6. They will not understand why you always lock the door.

I am a 5'4'' girl who is not as strong as any man that can walk through my door. My instinct when I get home and find myself alone is to lock the door. I also lock the door when everyone is home. This has resulted in my being blamed for our front door being broken. I think that, instead of just slamming against the door, the boys should just always assume it is locked.

7. Everyone needs a good girl's day.

The boys have participated in face masks that cleanse and clear your pores, let me paint their fingernails with nail strengthener while putting color on their toes, and have shared more than enough chips and dip to last a lifetime. Everyone needs a little self-care and relaxation.

8. If someone wrongs you, they will not forget it.

A previous boyfriend that I was having trouble pushing out of my life was deemed to never enter the apartment. Another boy that assaulted me, causing me to cry on the kitchen floor caused Michael to want to look him up and talk to him personally. If you have trouble deciding who you shouldn't keep in your life or what actions are unforgivable, the boys will let you know.

9. It never hurts to have a plunger in every bathroom.

I don't think this needs to be explained and, honestly, I'd rather not go into detail.

10. Your feelings are not wrong, they are valid.

Michael got the brunt of my boy problems. When he would find me upset I would say that I can't feel this way or that I felt stupid and sad. He would always respond, "That's just how you feel. There's no cant. That's how you feel and that's not wrong or dumb."

11. Everybody should give anime a chance.

The first week of living together Joe and Michael explained Naruto for 2 hours to me. The next day we started watching it. I was surprised how great the plot was a how fast I connected with some of the characters (Gara). Michael even watched a show with me that left us in tears (Angel Beats). I have now found shows that I enjoy, such as Erased and Death Parade. My next adventure is Full Metal Alchemist Brotherhood. Also, if you haven't seen Death Parade, do it. It's awesome.

12. They are not afraid to be brutally honest.

I once bought on sale soap that smelled like pomegranates. I didn't even make it a third of the way through the bottle before Jamel and Michael staged an intervention. Apparently, my soap smelled bad. Their only description was bad. I bought new soap two days after that so I wouldn't have to hear them complain anymore.

13. When they pick on you they want the best for you.

The way the boys motivated me is through being annoying. They would give play-by-play commentary on all my choices, make fun of people I starting hanging out with, and made sure I knew when they saw me being lazy. The comments will get under your skin and make you think more often than not about what you are doing. They want to push you to be better. They just push you through pushing your buttons

Now all of the things I've learned might not apply to everyone who lives with a group of boys. Honestly, to live with boys you need some tough skin and it's best if you don't easily bruise. If you meet those qualifications, I do promise that you will have some good memories and find that they are some of the best friends you could ever ask for.

Michael also wanted me to add that a twin size mattress can be used as a weapon. That's a story for another time though.