We may seem cryptic... but that's probably because we're trying to be. 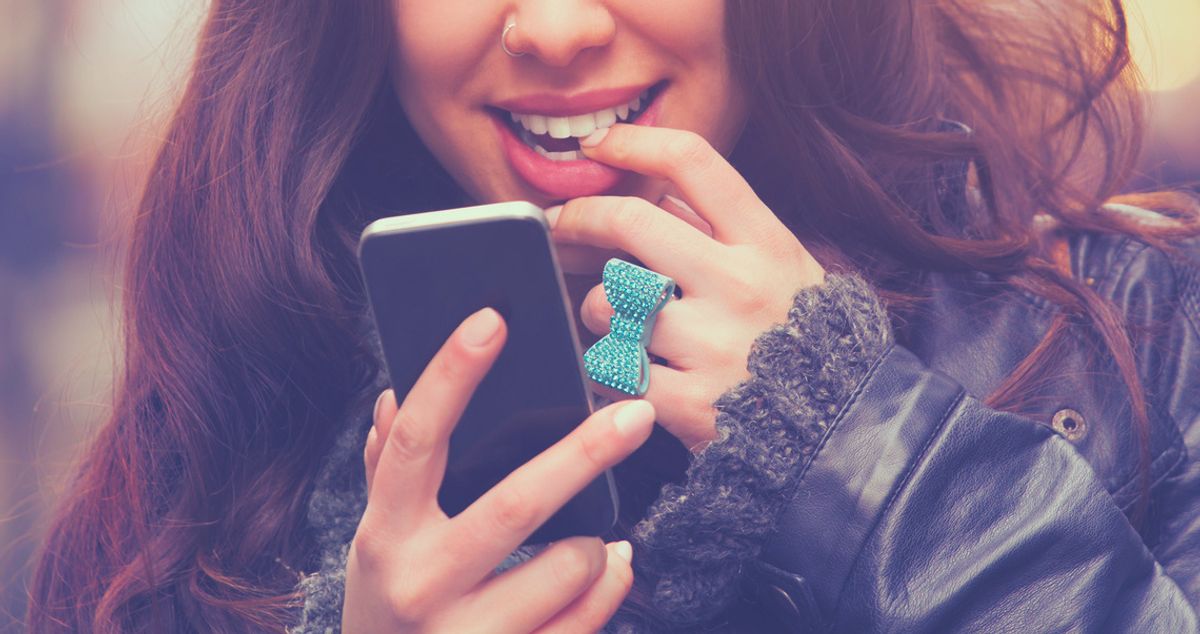 As a girl, I thought I could give a little insight into that, at least from our side. We may seem cryptic... but that's probably because we're trying to be.

Meaning: It took me approximately twenty minutes to pluck up the courage to send this message. I'm still scared waiting for you to answer, but I'm super proud of myself for getting this far. (Please answer soon.)

Meaning: I want to talk to you, so I'm going to show my interest with an extra "y."

Meaning: I really want to talk to you, but I may have overdone it. There also might be alcohol involved.

Meaning: Depending on the context, I mostly likely definitely know, I just don't want to tell you.

Meaning: A friendly substitute for "okay," a confirmation of what was just asked or said.

Meaning: Still a confirmation but nothing to be suspicious about. I'm probably in a hurry or can't talk at the moment; I probably don't mean anything by it.

Meaning: Definitely not a confirmation; beware of this text. You're in deep doo-doo.

Meaning: Once again, depending on the context, I'm most likely not fine and I want you to figure out what's wrong without badgering me or ignoring the fact that something's wrong (even though I just told you I'm fine).

Meaning: Don't stop, keep telling me these nice things because I don't think of myself the same way.

Meaning: I'm upset/worried that you stopped answering, so I'm going to text you a second (or even third) time because I'm convinced: A) you haven't seen my first text, B) you accidentally opened my text and forgot to answer, or C) you aren't answering on purpose so I'm going to try one last time to get your attention before giving up.

Meaning: I've been waiting for your text for a while, so I was super excited, glad, and relieved to see your name pop up in my notifications. At the same time, I'm afraid that if I don't answer fast enough, I'll have to wait for your reply for another X amount of minutes.

Meaning: You took a while to text me, so I am going to take at least the same amount of time to answer you. I don't want to seem too eager and scare you away, so I'm going to take my sweet time and play hard-to-get. But please be aware that it sucks having so many pauses in between our conversation; I just want to talk to you.

Nine times out of ten, girls are a little backward and may mean (or not mean) the exact opposite of what we say. However, my advice to know what a girl means when she's texting you is to ask her. Duh.

Kassie Hsu
Baylor University
4523
Panda Whale
Here are 100 things I'd rather to than study. I know the semester just started, but
Featured