Why '13 Reasons Why' Is A Must-See
Odyssey

The prevalence of suicide raises the necessity of media like this 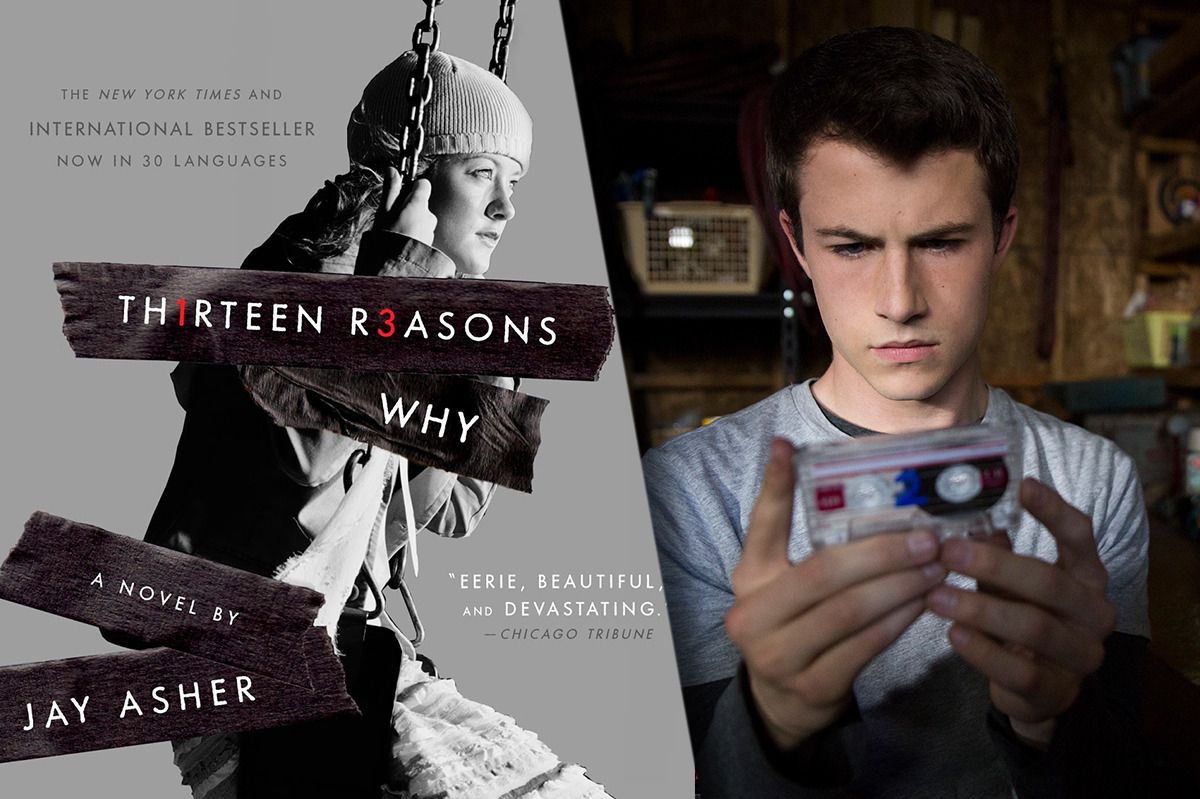 "Hey it’s Hannah. Hannah Baker. That’s right. Don’t adjust your whatever device you’re hearing this on. It’s me, live and in stereo. No return engagements. No encore. And this time absolutely no requests. Get a snack, settle in. Because I’m about to tell you the story of my life.”1 These funny, witty, and haunting words from Thirteen Reasons Why are perfectly done as the introduction to the first episode of the Netflix series based on the novel of the same name. Anyone who read Jay Asher’s novel knows the next line that is the most haunting of all: seeing as it talks about how this is the story of Hannah's life, “More specifically, why it ended.”2

Warning there are spoilers for both the novel and the show ahead. I can’t really talk about either without spoiling them. Go out read the book, then watch the show before you finish this article. Unless you don’t care about spoilers happening, then read on.

The novel Thirteen Reasons Why explores the effect of suicide on one of the people that ‘caused’ it. The novel exclusively focuses on Clay Jensen, who is cleverly depicted in the title sequence of the show on his main mode of transportation, his bike. The show, however, focuses on all the characters directly affected by the recordings, even if Clay knows it not at the beginning. This is seen with the doodles in the title sequence which represent various people that are seen throughout the show.

This is a story about death. And the tragedies in high school that led to this well-thought-out dedication to a taped suicide note and the commitment to kill oneself. It is also the story of those directly affected by suicide and what hearing a dead person's voice does to you. Especially when you are one of the reasons why. There are 13 episodes to this series. One episode per person and reason, named after the tape sides.

There are several differences between the novel and the show. The show is more dynamic in terms of characters over the book. The book only really explores Clay and Hannah and their relationship. I feel that Clay's awkwardness with Hannah is better portrayed in the show than in the book. This is primarily because body language is much easier to see than to read. The characters in the show are well-rounded ones. You sympathize and dislike them in equal measure, even Clay. The book characters in the recordings are only really learned via Hannah Baker's tapes and Clay's memories of those people. Therefore they are flat characters. The back stories of those 13 people and their families are fascinating to learn throughout the show. I love it. The reveal in episode 4 was so much better than in the book. The essentiality of Tony's character to Clay’s sanity in the show’s plot is remarkable. Another I love it moment for me as a viewer.

The acting in the show is amazing. Dylan Minette (Clay Jenson) is phenomenal with his portrayal of the desperation and confusion that his character goes through while listening to Hannah. Also, mad props to Katherine Langford who is not only acting in every episode but is the primary voice of the entire show. Hannah Baker has a unique narration style that Langford captured beautifully. Well done. All the acting is well done. I don’t want to list everyone who is in the show, but IMDB has a great list for you to peruse. See end of this article.

In the wake of the Project Semicolon’s3 Amy Bleuel’s suicide or the suicide of Jai Bornstein, this is not more prevalent than today. There are many signs that people show when they are about to take their own life. Both mediums list some of the signs. A friend of mine texted all their close friends about it. They were in another state from me at the time and luckily someone called campus security to check on them in the dorm. I was at work panicking for about an hour because I was so worried and so far away. If someone you know, or you have thoughts of suicide there are several ways that can be reached for help. The Crisis Text Line at 741-741 with the word “START,” the Suicide Prevention Lifeline at 1-800-273-8255, or the Trevor Project 1-866-488-7386. Also, http://www.13reasonswhy.info is another tool for those that need help.

There are some triggering moments in both the book and the show. The show warns you about the biggest ones, but there are several parts of molestation (grabbing or body parts without consent) that happen before the particular episodes with the warning. The book mentions it as well.

I definitely recommend the book to read beforehand, but it is not needed. The series is staying fairly close to the source material but the timeline is extended over the book. The show gives a nod to the book when it is remarked in one episode the “Everyone else listened to them in one night.” 13 Reasons Why by Jay Asher is available where ever books are sold and the season one of the show is currently available on Netflix to stream. Also, the show is rated for mature audiences only, and I definitely do not recommend it for those under the age of 17.

If you want to read more on how the show differs from the book, click here. Warning lots of spoilers for the show and the book in this article. Some are incorrect by the way.

The show's IMDB page can be found here.

If you want to read more about what we can take from Project Semicolon’s Founder’s death, click here.

If you want to learn about Jai’s Library, click here or here.

3 Project Semicolon is a nonprofit organization dedicated to inspiring those to continue living. The semicolon represents the ending of a sentence that is not actually over. “Your story is not over.” https://www.facebook.com/projectsemicolon/ http://www.projectsemicolon.com

Caitlin Marie Grimes
University of South Florida
11568
Beyond The States