This show is not easy to watch, but it is so important. 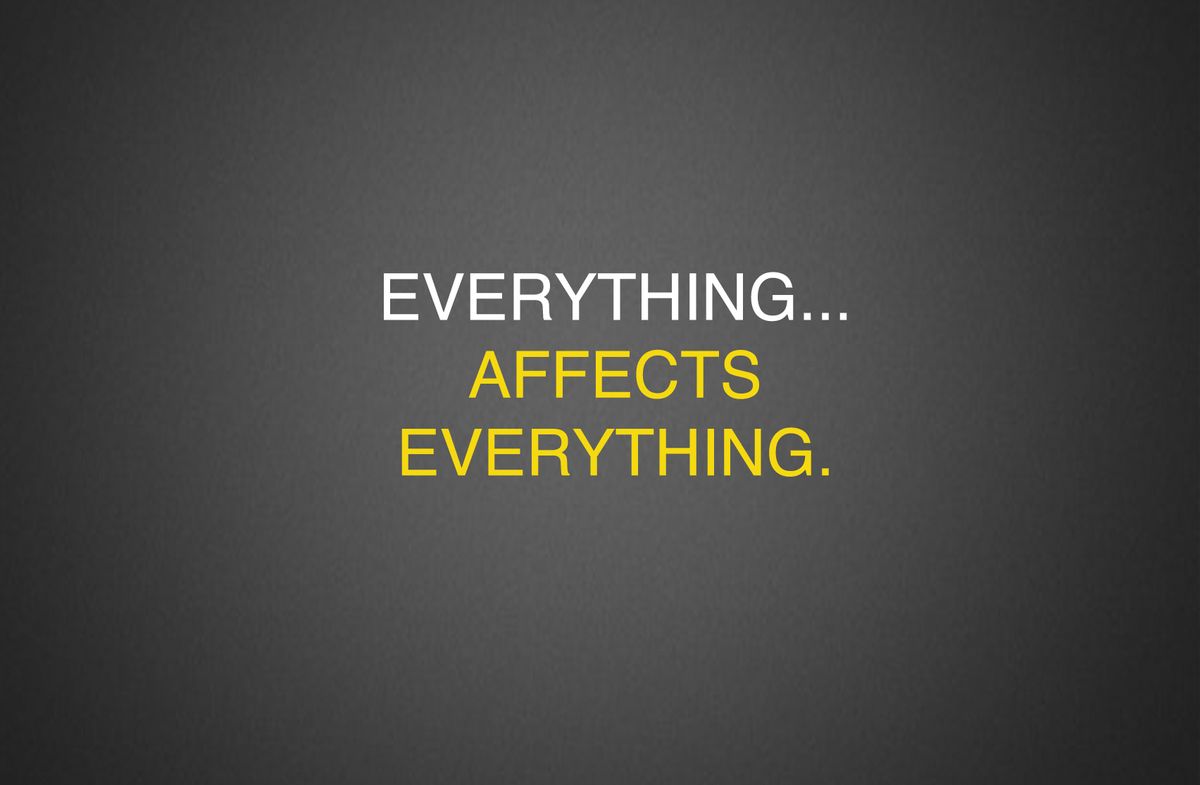 There has been a lot of controversy over the new Netflix original "13 Reasons Why". Many people have found the show to be too much of a trigger to suicidal and depressed kids and think that the show will encourage students to kill themselves. Many people have said that the show is glorifying suicide and encourages the stereotypes of suicide like "it is for the weak" and "suicide is selfish". While I see these point of views and see their value and concern, I don't think that those are reasons to not watch "13 Reasons Why". This show has a lot to offer parents, friends, teachers, and kids who may be feeling like they are alone in their thoughts. Here are 13 reasons why I find this show to be extremely important and why it was important to me and my life experiences. (SPOILERS AHEAD!!!!)

1. It shows that you truly don't know what is going on in people's lives.

We can all get caught in our little worlds. Things happen to us and we stop thinking about other people's feelings. Sometimes we are mad cause we failed a test and so when our best friend ask what's wrong, we flip out on them. It happens. This show reiterates and reenforces the thought that we never know what is going on in someone's life. When I was little, I was bullied and made fun of. Little did they know, my mom was very sick. At school, I felt alone and at home I was sad. If I had been older and did not have the incredible parents that I have, I could have been Hannah.

2. It shows that everyone goes through things...

3. ... but not everyone has the same pain threshold.

Just because we all go through things does not mean we all have the same threshold for pain. The argument of "well, Hannah was just being dramatic. Nothing happened to her that didn't happen to other girls" is invalid. It's just like physical pain. Some people can withstand an incredible amount of physical pain, others cannot. This is why it is so important to watch what you say to people. you will never know someone's threshold, sometimes even they don't.

In high school, I was incredibly lonely. I had friends, but not close friends until my senior year. I was often home with my family, I was never invited to parties, and sometimes I struggled to find people to sit with at lunch. I would tell my mom that I felt lonely, but its hard to understand what loneliness feels like unless you have been there. This show illustrates loneliness in a powerful way and it's helpful to know that loneliness is common, especially among teens.

I hated high school. I feel like there is no in between, you either love it or hate it. I hated it. As I have said, I had very few friends in high school, I was teased a lot, I had friendships end over trivial things, and in trying to fit in, I lost who I was. I was super involved, but that cloaked how I was truly feeling. High school sucks if it sucks and it's great if it's great. But many people, like Hannah's mom, do not understand how hard it is if they had a good experience.

6. It addresses real problems without beating around the bush.

Sure, there are some pretty aggressive scenes and the show is very hard to watch. But it's supposed to be. This is not a show to love because it is entertaining. It's a show to love because it has finally addressed issues that have needed to be addressed for a long time in a very public and mainstream way. Bullying, rape, and suicide are often swept under the rug. Finally these issues are being addressed. Finally the victims get some justice.

Though no one helps Hannah in the series, those who have bullied her feel remorse for their actions. For me, this was very helpful in confronting the man who raped me. The reason is, sometimes people don't know the damage they are causing unless they are told directly. Sure, they may see you cry, but that is not enough. Getting the gratification of an "I'm sorry" is so rewarding and this show has helped me to conquer my fears and hopefully countless other people.

8. It shows how clueless parents can be.

Not clueless as in stupid. Clueless as in you just don't know what is going on and why would you if your kid isn't telling you things? When I was depressed, I told my parents because I knew I needed help. But many people are afraid to ask for help because they think it makes them crazy. This series shows parents that it is not their fault. Sometimes you can't see the signs because your kid doesn't want you to.

9. It shows the warning signs, both subtle and strong, of depression and suicide.

This show does an excellent job of showing the warning signs of depression. Hannah's signs were small because she didn't want people to know she was suffering, but they are there. She cut her hair, which could be normal, but often people who are sad try to change something about them to see if it changes their life. She was often withdrawn. She wrote a poem and a note to her class that showed signs of suicide. These signs will help people recognize the signs of suicide.

10. It shows that little things add up.

Hannah's first tape is of Justin who sent a dirty picture of her to the whole school and the story progressed slowly, until it didn't. The first 7 or 8 episodes are all things that most high school students deal with. Sketchy boys, betrayals by your friends, that all seems normal. But Hannah had everything happen to her... and then some. Those little things all piled up and by the time Jess's party came around, she had had enough.

11. It shows that suicide is a last resort.

Many people think that people who commit suicide are just "giving up" and that they aren't trying hard enough to get better. But to most people, suicide is a last resort. Hannah shows this because she tried to get help on the day she kills herself. She gave life one last try because she didn't want to die. However, she did not get the help she needed and he said probably the worst possible thing to a girl who was just raped and she saw no other option. Suicide happens when someone feels that they have no other option.

12. It shows people that they are not alone.

The most obvious example of this is there are 13 people that are going to be listening to the tapes and then Tony. Clay was trying to lean on someone, but the other students wanted to hide from their guilt. Another example of this is that both Jess and Hannah were raped by Bryce. If Hannah were alive and Jess had known she was raped, they would have been there for each other. Everyone goes through things and everyone feels alone, but if you open up to someone, they will help you.

13. It shows that not only people with depression suffer from suicide.

This may be the most important lesson in the whole series. People often believe that only people with depression or mental conditions such as schizophrenia commit suicide. The series shows that this is not necessarily true. Suicide is not as simple as the show made it seem, but there are many reasons why people commit suicide.