14 Things You Learn When You Work At An Amusement Park 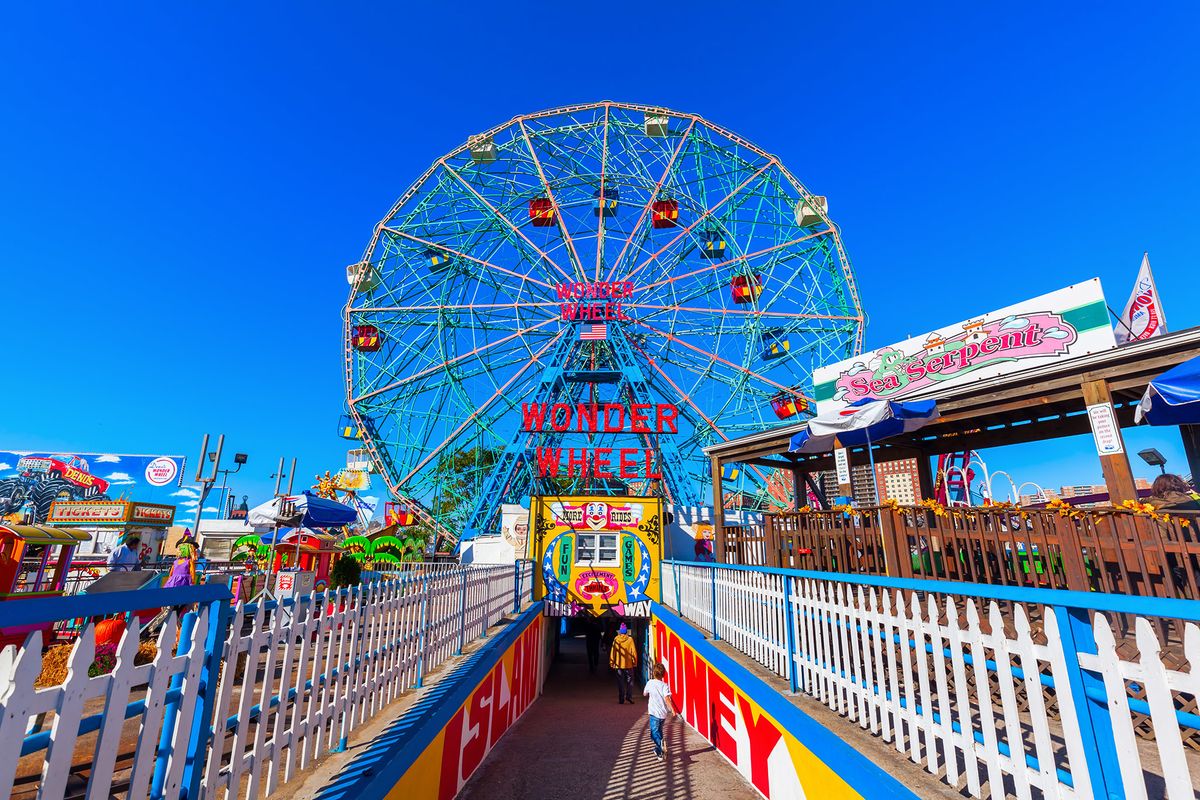 The summers between your college years are probably when you will work the most interesting jobs you'll ever have. With tuition constantly draining all your savings away, it's crucial to spend your summers working. From cashiering at a thrift store, to working at the movies, to operating rides at an amusement park, college kids will do almost anything for a little extra cash. That's not to say there aren't good things that come out of these jobs. You'll learn things and end up with great stories after any summer job you work.

Here are some things you learn when you work at an amusement park:

1. Just how many people it takes to keep an amusement park running smoothly.

This is probably the first thing you learn, when you show up at Orientation 5 minutes early but have to search for one of the last remaining seats.

2. How to know how tall a kid is just by looking at them.

As a rides operator, your primary job is to keep people safe. And that means constantly checking high lines. After a few weeks, you'll be able to judge a kids exact height within a few inches.

Amusement parks are happy places. Everyone else is smiling, so you're expected to, too. Especially when your work place's slogan is "more smiles per hour." So yes, at the end of an all-day shift your cheeks will hurt from smiling so much.

Amusement parks are happy places until someone starts feeling sick. And then if they actually get sick on the ride, the amusement park becomes an embarrassing place. So the staff call it "Ralph" out of discretion.

5. The only good thing about a Ralph.

OK, how could there be anything good about someone getting sick on the ride you're operating? Well, it's not a rides operator's job to clean it up. You just have to call for maintenance, and most of the maintenance guys are pretty cute. The gross part is cleaned up really quickly, and after that it would be rude not to make conversation, right?

6. That older rides have quirks.

An amusement park would never run a ride that was unsafe. But as rides get older, they develop some quirks. Working at an amusement park, you learn all about those quirks, and how to fix them.

7. Just how small the world actually is.

I'm from a small city, so it's pretty unusual for us to have our own amusement park. But it's a great job, especially for high school and college kids since they're only open during the summer, which is the time you can work the most anyway. Meaning you'll run into anyone and everyone there. Some possible co-workers may include:

-Your own childhood best friend's younger brother whom you haven't seen since he was 9.

8. You remember why you moved out of that small city where you grew up.

This generally occurs after the third time you feel sick to your stomach after catching a glimpse of someone who looks like your ex who won the break-up.

But maybe don't do this on the day of the eclipse. Otherwise, you're gonna have to, because even when the sun is setting right in front of you, you need to watch your ride to make sure no one tries anything crazy.

10. How to rock baseball hats and rain jackets like a dad.

When you work outside all day, these are your armor against the elements.

11. How creepy theme park rides are when the lights are turned off.

This summer I learned that theme parks after dark are one of the things that remind me I'm afraid of the dark.

12. That sometimes Denny's can be delicious.

When you've worked straight through dinner, and nothing else is open when you get off shift, Denny's is actually the best.

OK, this is something that goes into any job. As a rides operator it means, loading your ride while keeping your ride balanced, while managing a line, while checking kids' heights, while apologizing to parents because their 2-year-old is too short for the roller coaster, while smiling. Never stop smiling.

14. All the ridiculous questions someone could ever ask you.

"Does someone check the rides before you start operating them again after the winter?" No, we just turn them on and hope for the best. People. Of course we check the rides.

Like any job, there are some minor annoyances that come along with working at an amusement park. But it's honestly one of the most fun summer jobs out there. 10/10 would recommend. Plus now you know some of what to expect.