Skip the Hallmark movies this year. 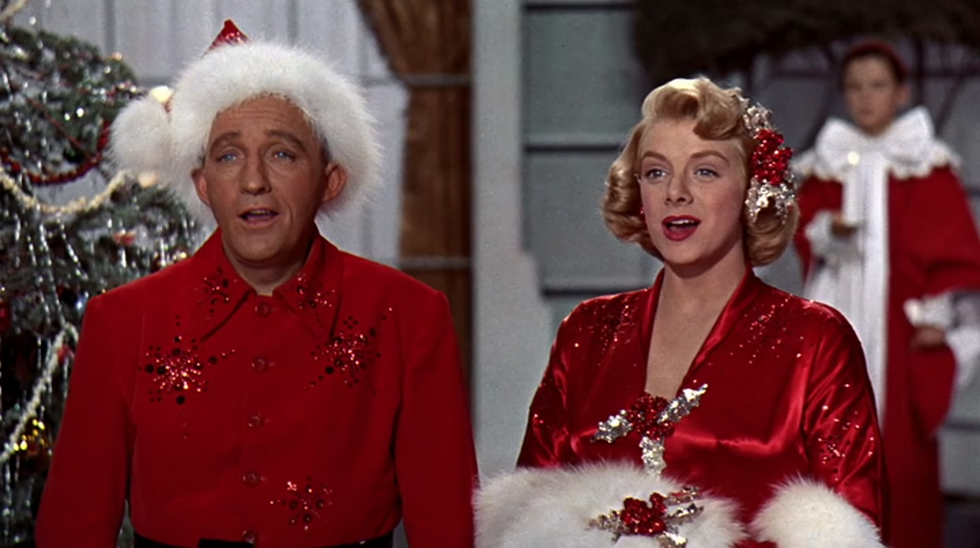 Half of these movies TECHNICALLY aren't about Christmas, but then again, neither is "It's a Wonderful Life," right?

Only 25 minutes of "Meet Me in St. Louis" focuses on Christmas (as the movie shifts from season-to-season to tell a new tale in the life of the Smith family), but Judy Garland's rendition of "Have Yourself a Merry Little Christmas" is beautifully touching, especially in the context of the story. Even though the film doesn't focus solely on Christmas, it's themes about the importance of family make it worthy to join the genre of holiday films.

And here's a fun fact: "Have Yourself a Merry Little Christmas" was written FOR "Meet Me In St. Louis"—and Garland was the first to sing it!

Remember "You've Got Mail," the 1998 rom-com that starred Tom Hanks and Meg Ryan? (I hope you do.) Before "You've Got Mail", there was the 1949 musical-comedy "In the Good 'Ol Summertime" (starring Judy Garland and Van Johnson.) And before that, there was "The Shop Around the Corner," another Christmas movie starring James Stewart ("It's a Wonderful Life") and Margaret Sullavan as his rival coworker.

And now it suddenly clicks in your head why the book shop in "You've Got Mail' was so aptly named "The Shop Arounnd the Corner," doesn't it? 🤯

If you haven't seen this one, not have you been missing out, but you need to watch it before you tune in for any of the Christmas offerings on Lifetime, Freeform, or Netflix!

Where to watch it: Included with DirecTV on Demand; also available to rent on various video-on-demand platforms.

What if Martha Stewart didn't know how to cook—and her entire brand as a homemaker was built on a lie? That's what's at play in this Christmas comedy, as Elizabeth Lane (played by Barbara Stanwyck), a columnist for a housekeeping magazine, is caught in her lie when the publishing magnate ropes her into hosting an injured soldier for Christmas at her "perfect" Connecticut home with her "perfect" family—both of which don't exist.

Where to watch it: Included with DirecTV on Demand; also available to rent on various video-on-demand platforms.

A fun Christmas musical (starring the King of Christmas songs, Bing Crosby) but around 54 minutes into the film, you might just wanna let the movie keep playing while you get a snack, scroll through all the new posts on your Instagram feed, or wrap a present, and THEN return to the movie five minutes later. (Trust me—I did the same thing...)

Where to watch it: You can watch it on Netflix; also available to rent on various video-on-demand platforms.

In this holiday romantic-comedy, prosecutor Jack Sargeant (Fred MacMurray) makes the decision to postpone the trial of a shoplifter, Lee Leander, (Barbara Stanwyck) until after Christmas to avoid having a jury whose judgment is "clouded" by holiday spirit—but then he feels guilty about sending her to spend Christmas in jail. With no family to call her own, Sargeant extends an invitation for Leander to spend Christmas with his family—which allows her to blossom and reform (à la Grinch) when she lets love and selflessness into her heart.

It was also written by my favorite "Old Hollywood" director, Preston Sturges, and features my favorite star, Barbara Stanwyck—a combination of which makes for a delightful film!

Where to watch it: Only available to watch on DVD.

Just like "Meet Me in St. Louis," both versions of "Little Women" in 1933 (starring Katharine Hepburn and Joan Bennett) and 1949 (starring June Allyson and Elizabeth Taylor) only features Christmas, as celebrated in a time long gone, in two of its scenes. But what makes it "Christmassy" is the story about sisters who give selflessly in different ways (such as sacrificing their Christmas breakfast to feed a poor family), and celebrate their bond as family and the closest of friends year-round.

Where to watch it: Both versions are available to rent on various video-on-demand platforms.

If you love savage humor AND Christmas movies, look no further! (Also Monty Woolley reminds me of a certain iconic animated character and now I can't unhear it...😂)

Where to watch it: Only available to watch on DVD.

In this heartwarming tale about giving and receiving, a department store clerk (Robert Mitchum) gives two gifts: he gives a war widow a second chance at love and gives her son the model train set of his dreams. In the spirit of the holidays, mother and son then act on their own ideas of how to repay the favor.

Two homeless men (Victor Moore and Don DeFore) make a lifestyle out of "house-hopping" through American mansions while the homeowners are away—that is, until the homeowners "drop in" and surprise them on Christmas! Antics then ensue, but the film is just as heartwarming as it is funny—making it a wonderful Christmas movie.

How does a Bishop (David Nivens) get to such a high place in his career to be able to build the cathedral of his dreams? By neglecting the love of the parishioners who once adored him, as well as his own wife (Loretta Young) and family. But à la "It's a Wonderful Life," Dudley, an angel earning his wings (Cary Grant), is sent to help guide the Bishop back on the right path in his life—and spread a little Christmas magic onto his family and friends along the way.

Two Westerns with the same story (the latter of which starred John Wayne and was directed by John Ford.) No snow. No presents. Not a single Christmas tree. But both movies have a rich story that truly suit Christmas well.

Skeptical? I'll tell you this: if you like adventure movies, and you enjoyed "Ice Age", you might enjoy one of the versions of this tale...

Okay, if "DIE HARD" is a Christmas film, then "The Thin Man" also qualifies as a perfect film for the holidays! And "The Thin Man" is better than "Die Hard" IMO—it's fueled by nonstop humor and wit and banter between a married couple played by Myrna Loy and William Powell (my favorite on-screen pairing) that's not only amusing, but also makes it stand out from other detective films of its time.

Which of these are you going to try watching this holiday season? Tweet me your favorite at @missjulia1207!
Report this Content
This article has not been reviewed by Odyssey HQ and solely reflects the ideas and opinions of the creator.