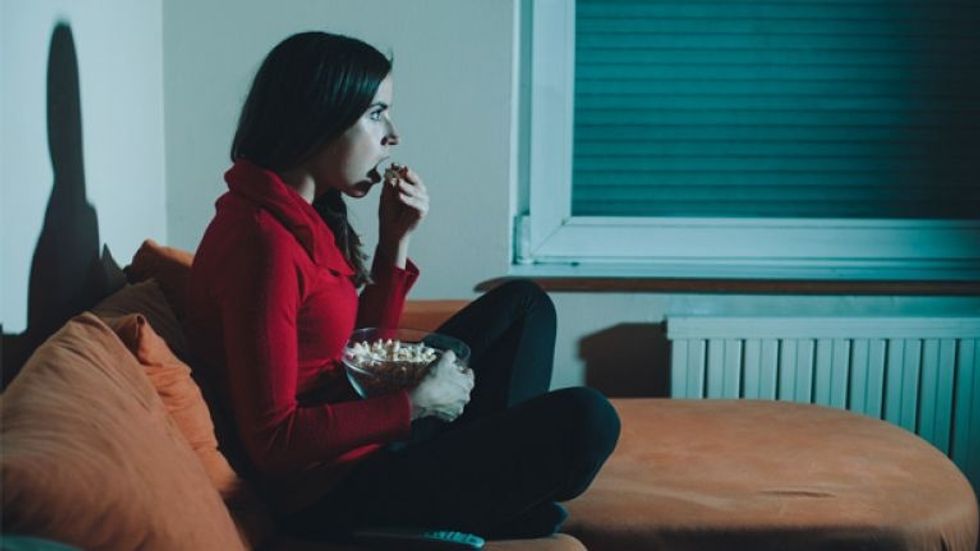 If you're like me and waited until the very last minute to get yourself into the "spooky" season mood or if you're a committed horror film buff looking for your next fix, here are 13 of the best horror/thriller movies to watch on Halloween for Netflix users.

Based on true events, this spine-chiller tells the story of a New England family who begins having an encounter with spirits in their farmhouse. (Netflix)

Creepy phone stalker. Lunatic killer with a ghost face. Everyone's a suspect. But you've never seen horror like this. (Netflix)

An outcast teen with telekinetic ability lashes out with her deadly power when the high school "in crowd" torments her with a sick joke at the prom. (Netflix)

Hoping to leave their haunted home behind, a suburban family moves to a new place, only to learn the home wasn't haunted… but their eldest son is. (Netflix)

In need of cash to help her sick brother, a young woman agrees to take part in a lethal winner-takes-all parlor game hosted by a sadistic millionaire. (Netflix)

A deaf writer who retreated into the woods to live a solitary life must fight for her life in silence when a masked killer appears in her window. (Netflix)

Four friends with a long-standing – but strained – connection take a hiking trip into the Swedish wilderness, from which they may never return. (Netflix)

A bold band of adventurers descends into a nightmare beneath the city streets. They may never see daylight again. (Netflix)

Grad-student Helen Lyle unintentionally summons the Candyman, a hook-handed creature made flesh by other people's belief in her. (Netflix)

When a 9-year old boy inexplicably starts seeing dead people, he lands in the care of a child psychologist who's determined to uncover the truth. (Netflix)

With chiseled good looks that belie his insanity, a businessman takes pathological pride in yuppie pursuits and indulges in sudden homicidal urges. (Netflix)

A woman and her daughter are caught in a game of cat-and-mouse with burglars in their New York City home and are forced to retreat inside a vault. (Netflix)