12 Things You Need To Know Before Getting A Corgi
Odyssey
CurrentlySwoonLifestyleHealth & WellnessStudent LifeContent InspirationEntertainmentPolitics and ActivismSportsAdulting
About usAdvertiseTermsPrivacyDMCAContact us
® 2023 ODYSSEY
Welcome back
Sign in to comment to your favorite stories, participate in your community and interact with your friends
or
LOG IN WITH FACEBOOK
No account? Create one
Start writing a post
Lifestyle

12 Things You Need To Know Before Getting A Corgi

They are NOT fat dogs. 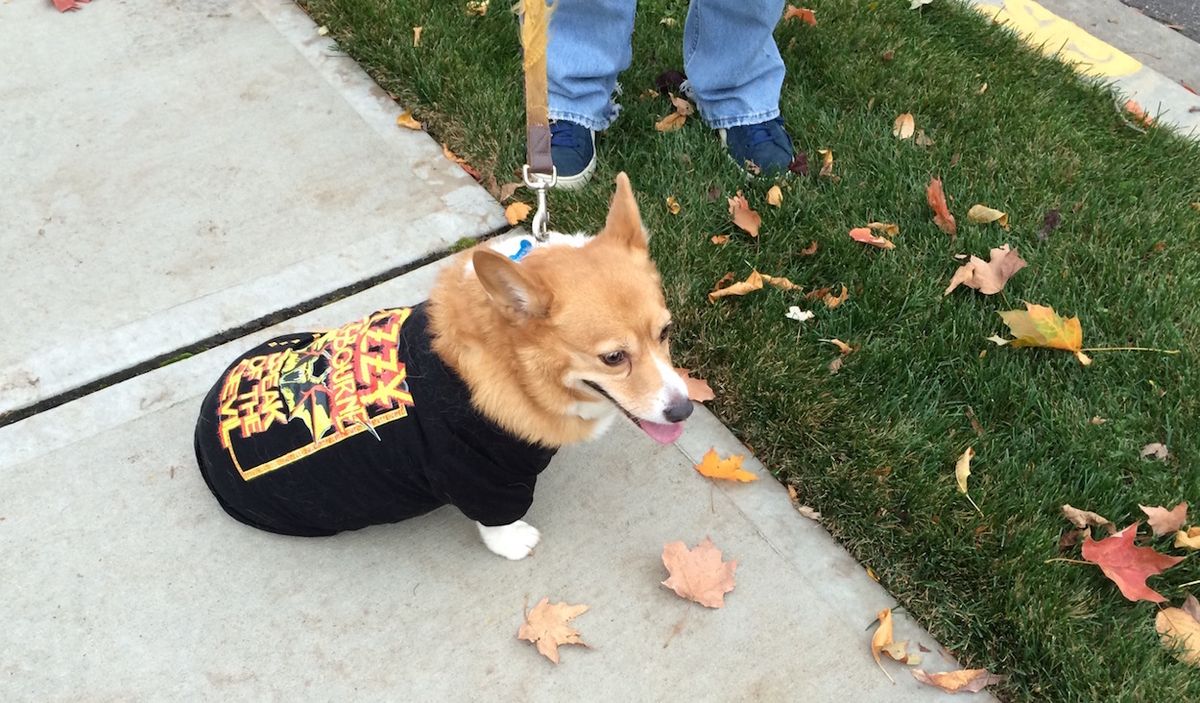 When I was 12 years old, my dream of owning a dog finally came true. After begging my parents for two years, we finally started the hunt for the dog I wanted so desperately- a Pembroke Welsh Corgi.

After searching half a dozen places across two weekends, we finally found what would become my corgi, Ozzie, a big-eared puppy smiling and nipping at my hands from a baby crib. Keep in mind that this was before the world became obsessed with corgis, so finding one was a pleasant surprise.

Since getting my dear pup, many people have asked what it's like to own a dog from this adorable breed. Here are some important things to remember when dealing with a corgi.

As I type this, I have one hand on my computer keyboard and one hand on my dog. There is nothing corgis love more than being pet, and I can assure you you'll get tired of it before they do. They'll turn to mush when you start scratching them, but if you stop, they'll either take it as a sign you're done and walk away, or they will nudge your hand for more. Seriously, I always have to explain to friends when they come over that when he sticks his nose under their hand/arm and nudges it to try to pick it up, he's trying to get them to scratch him more. If you could, you'd be scratching him all day, and he would never move.

While, like all other dogs, they will take some time to train, it's a relatively painless process. Yes, there were some accidents, but he did pick up on where he was supposed to do his business pretty quickly. He has also learned tricks like shake, sit, high-five, and spin, each of which took only a few hours of teaching and some treats (or lots of them). He knows when he's done something bad, knows what words like "out' and "walk" mean, and if you tell him to go see one of our family members (such as saying "go see Laura"), he will walk into our rooms and sit next to our beds.

3. They can be VERY food-motivated.

If there is one thing they may love more than being scratched, it is any kind of treat/food. When my dog even thinks you have a treat in your hand, he'll sit and stare expectantly until you actually bring your hand down to him, where he'll stiff wildly for a few seconds before realizing there's nothing there. His ears perk up whenever you say "treat," and he actually licks his lips when you ask him if he wants "nummies," a word we use instead of food, which was a tip we learned when we first got him, so that he wouldn't go wild whenever we use the word "food." While he's not the type to beg at the table, he will sit under the table quietly waiting for food that may fall on the floor.

When I got my dog, I wanted him to be my little lapdog. I always wanted to hold him, and unlike many dog owners, I wanted him to sleep in my bed. Shortly after getting him, I realized that this would be my only wish that would not come true. My dog hates being held, and if you pick him up he'll squirm until he's out of your grasp or you just give up and put him down. He also doesn't sleep in my bed-or anyone's bed- ever. Since he's a herding dog, he likes to sleep where he can "stay on guard" and watch over us. He'll sleep out in the hallway, on the couch or next to our beds depending on what mood he's in.

You can't blame him with those short little legs. He doesn't like stairs or being on elevated surfaces (such as beds). The highest he goes is onto the couch, and he won't go down or up the stairs if there are more than four or five steps.

If you are a clean-freak or hate dogs that shed, then you should probably shy away from getting a corgi. Since this breed has a double-layered coat, they have to shed off some of that heavy coat in the summer and grow it back in the winter. When we got our dog, we were told he only sheds twice a year, but no matter what time of the year it is, you will always have hair on your clothes. Don't even bother trying to pet them when you're wearing all black, because you'll end up wearing all of the fur they shed off.

7. They thrive in cooler weather.

I'm not saying that you can't own a corgi unless you live in England (the breed is from Wales), but if you live in an area with hot summers, make sure you have a cool place for them in your home, and don't leave them out for a while because they do get really hot with that double coat. I've noticed that on cooler, rainier days my dog will want to stay outside for hours, but if it's a hot summer day he will run outside, do his business, and run right back in.

8. They have the cutest butts.

Not to sound weird, but have you ever seen a corgi in full excitement mode? Not only does their little stump of a tail wag, but their whole butt shakes. No tail + short legs + big ears = the perfect cuteness cocktail (no pun intended).

9. They do grow into their ears.

When corgis are puppies, their ears are noticeably ginormous in comparison to their bodies. But, as the puppies grow, they do grow into their ears (Although, they still stay big throughout their entire life.).

Yes, they do bark, and it can get kind of loud. Whenever my dog hears the doorbell, fireworks, the word "walk" or when he just wants you to play with him, he'll bark. If you're the kind of person that can't stand barking, once again, corgis may not be for you. Although they are smaller dogs, they do not have the yappy bark of a small dog.

I can't stress this one enough, and this is a personal pet peeve of mine. My dog is not fat. There have been so many strangers that try to backseat-raise my dog by telling myself or my parents that we need to feed him less or take him on more walks (this once coming from a woman while my mom was at the dog park). I mean, hello, when did dog shaming become a thing? Corgis are not naturally fat dogs. They are known to be a stocky breed because they were used to herd cattle, hence why they have very short legs, no tail and are fast runners-to be able to work in an environment with animals that are more than ten times their size.

Corgis are such lovable, caring, friendly dogs. They make great companions, and although they may not like to cuddle, they'll always be there waiting by the door for you to come home to love you and show you endless affection.