12 Struggles Only Portuguese Girls Can Relate To

12 Struggles Only Portuguese Girls Can Relate To

It's like "My Big Fat Greek Wedding" but Portuguese edition. 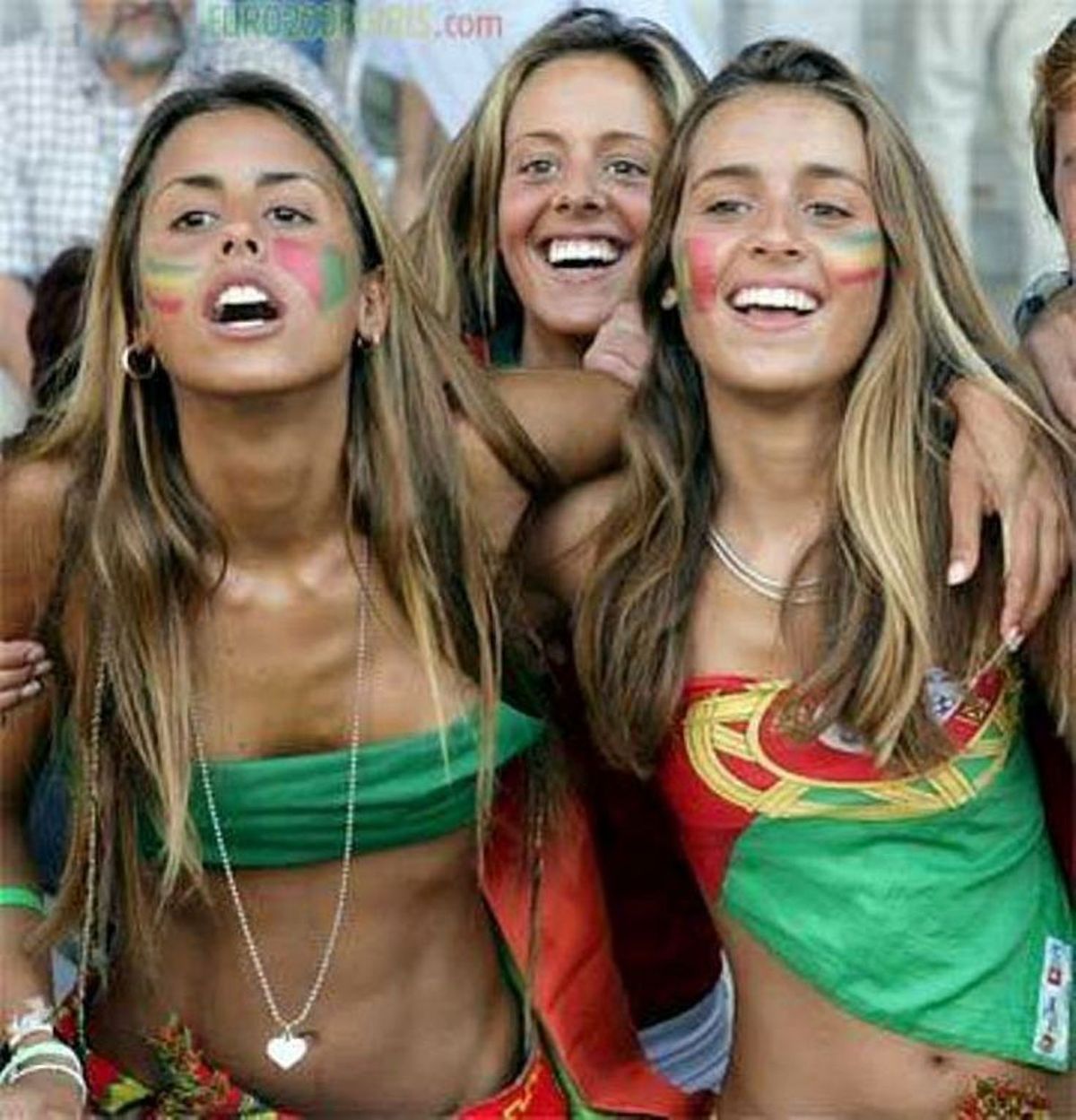 As mentioned before in my "8 Ways You Know You're Portuguese" article, I'm 100% European Portuguese. Which means that if you're reading this, you're probably somehow related to me (see #5). You know these 12 things to be true if you grew up in a Portuguese household:

1. You're pressured to marry a Pork Chop.

A Pork Chop is a Portuguese person. The older generation feels that this term is derogatory, but Portuguese Americans self identify as 'Pork Chops.' Some families will probably disown you if you don't marry a Portuguese guy, but I lucked out and my family is pretty open minded. Let me put it this way, if you're not married by the time you're 28, your grandma and your mother are going to take you to the Portuguese club to find a nice Pork Chop to settle down with. You may not be forced into a Portuguese marriage, but it's highly preferred that you marry within the culture.

2. You're always too fat, even if you're skinny.

Portuguese people are a feminist's worst nightmare. They will body shame the hell out of you and feel no remorse. You could lose 20 pounds and look/feel amazing and a Portuguese person will still say "well, you could stand to lose a few more pounds."

3. You must remember your Portuguese classes that you took when you were five years old.

It is a crime against humanity to a Portuguese person if you don't at least understand the language. If you can speak it, read it, and understand it, you've automatically earned yourself the "golden child" title. Every time I move to a different state, my Grandma's only warning is "don't forget your Portuguese," because someone's got to carry on the culture.

4. Am I white? Mixed? Hispanic? Unclear.

I grew up thinking I was some kind of Latina just because the Portuguese language is so similar to Spanish. You probably feel comfortable in Hispanic communities because of your Portuguese background. I eventually realized that I'm white, but I still get told that I look racially ambiguous. Whenever someone asks what nationality I am, I give them three guesses. It's rare that people ever guess Portuguese, but upon finding out that I am, I suddenly become "exotic."

This is not an exaggeration. My dad actually has 50 first cousins. I have 13, but I have way more cousins in Portugal that I've either never met, or I've met them, but wouldn't be able to pick them out of a line up. If you go to Portugal and visit all of your relatives, the faces and names start to blur together and it's safe to call every man "Joao" and every woman "Maria" or "Ana Maria" and they'll be delighted that you remembered their names.

6. You have to make sure you don't marry your own cousin.

Portugal is such a small country that if you meet a fellow Pork Chop in America, chances are, you're somehow related or your families are friends. I suggest drawing an extensive family tree before shacking up with a Pork Chop.

7. Somebody is always praying for you.

Portuguese people are devoutly Catholic, so it doesn't matter if you're temporarily down on your luck or a self made millionaire, you have a tia (an aunt) that you probably only see when someone in the family passes away, who prays on the rosary every night for you.

8. You must have a name that can be pronounced in Portuguese.

There are two criteria for naming a Portuguese baby: is it the name of a saint, and can it be pronounced in Portuguese? If your uncle twice removed that you see every six years when you go to Portugal can't say your baby's name, you need to pick a new one. Names like "Riley" and "Jackson" won't get Grandma's approval.

9. You're considered adventurous if you move out of your parents house before you're married.

It's rare that Portuguese women don't live with their mothers until they find a spouse, and even once they do get married, it's not uncommon for their mother to move in with her daughter and her (hopefully Portuguese) husband.

10. You've been given something with Our Lady of Fatima on it.

Fatima is Portugal's claim to fame. It's the city in Portugal where three kids claimed they saw the Virgin Mary in 1917 and it's now a popular, religious tourist destination. Your grandma has probably given you something with the Blessed Mary on it to put in your car or in your bedroom so that you stay '#blessed' all the time.

11. You're not allowed to be a vegetarian.

Portuguese people are fishermen and their specialty is codfish, so it's nearly impossible to maintain a vegetarian diet in a Portuguese household. You can be pescatarian though!

12. You have to warn people before you introduce them to your family.

Have you ever seen "My Big Fat Greek Wedding?" That's what it's like to bring a non-Portuguese boyfriend to a Portuguese family gathering. Good luck.