12 Things You Know to Be True While Living in Norman, OK

12 Things You Know to Be True while Living in Norman, OK

Berry road is berried in traffic, and Flood avenue is flooded with it 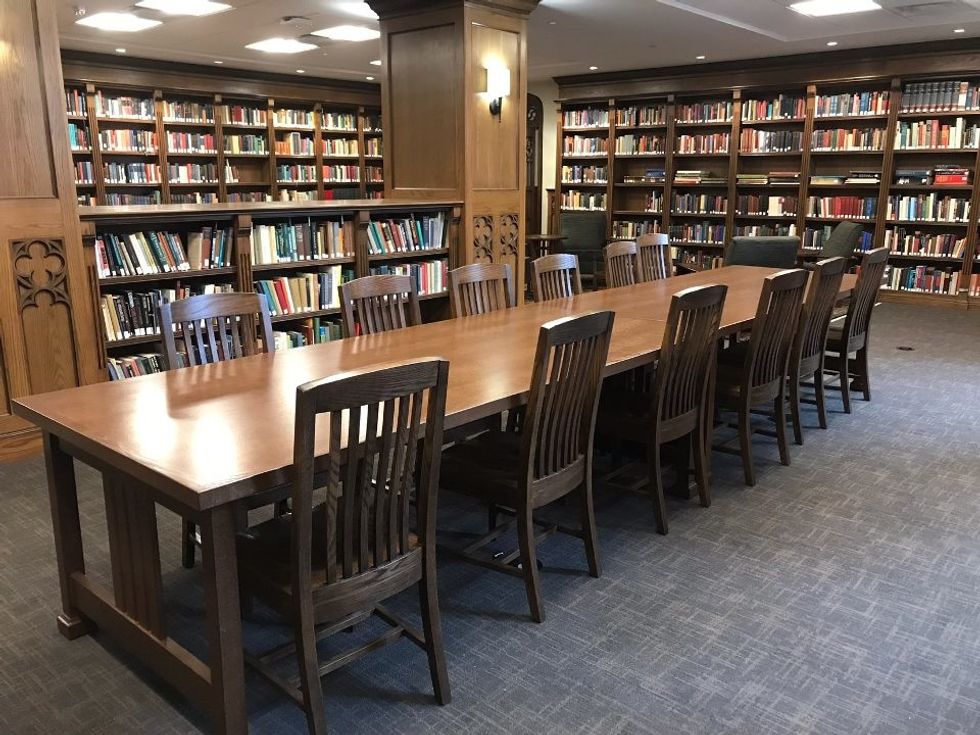 I live in an apartment in Norman. I just renewed my lease to be living here until 2020, and I have lived here since I began college in 2011. I do not consider myself to be a Normanite because I did not attend any day or week or month of high school in this town. However, I think I have found 10 important things that everyone in Norman either knows or should know.

1. OU is a public campus, which makes it a public park.

Not just students and faculty walk around the campus of the University of Oklahoma. People come to campus to walk their dogs, walk their tiny children that like to scream, rollerblade, skateboard, and occasionally hammock in the trees. People treat the OU campus like a public park. It is there as a community building place for everyone.

Nothing compares to the Norman musical Festival that is held every year. Bands come from all over to perform. People acquire the band schedules beforehand and plan exactly which bands they want to hit. I have never been to this festival, but I hear that it is an epic experience. People have been shot, plastered, and lives have changed from the Norman Music Festival. Norman holds a lot of musical talent, and they even have a group that is solely dedicated to performing their own written music.

3. Berry road is getting buried in traffic, and Flood Avenue is flooded with it

Although every town has those backroads that help people avoid traffic stops, Berry road, and Flood avenue usually do not do the trick. University Avenue is even worse. People wait more than 15 minutes to move approximately 300 feet and turn either left or right on Boyd from University Avenue, which is right next to campus. Porter/Classen Boulevard does help with traffic.

5. Norman is not big enough for OU Football games

Traffic is stopped for hours in this small town. It is not meant to house the thousands of people that come flooding in for the football game. They get drunk, tail-gate, and yell at me by saying I would look cuter in cowboy boots instead of whatever shoes I am wearing. Okay, only one person did that last one. OU Football is an experience that is meant for die-hard fans of football.

6. Norman is a place of change

From the startling and extremely traumatic experience of the fraternity, SAE, being put on national television for having racist values to a college woman being in trouble for dressing up as Pocahontas when everyone specifically told her not to because it was also wrong, Norman is a place where people who exhibit any racist/unethical values are put on a platform to be reprimanded and used as an example for everyone of how to handle when values of cultural diversity are attacked. Anyone who attempts to cover up racist or unethical values and then exposes them in a public way is immediately put on public display, and mostly for public shame. This is the town where racist and unethical values are called out and shamed.

7. Norman weather is a high-maintenance diva that has us all on a leash

We wake up one day with it raining, and then suddenly the sun is shining and within a few hours the wind speeds up to 25 mph then it all dies down for a peaceful tornado warning and potential hailstorm. We can have all four seasons in one day. There is no wonder why we also house the National Weather Center that is considered as the best in the nation. This is the place where the weather can be studied because we have it all. All we can do is accommodate to the weather and learn to roll with the punches of hail.

8. All the coffee shops are public forums

We only have 2 Starbucks, Stella Nova, Crimson and Whipped Cream, Michelangelos, Gray Owl, and Second Wind. You can meet everyone and anyone at a coffee shop of their choosing because these are the places where people like to socialize or study. People love having networks in Norman, and those networks are strengthened in coffee shops.

9. It's a college town, which makes it competitive

People are more competitive here than they are in other towns because it is a melting pot of different students and intellectuals socializing with one another. There is bound to be competition because some of the best of the best are all living here at the same time. Many conversations may feature people talking about their resumes.

10. You either need friends who drive or your own car

If you don't live within walking distance of either where you study or where you work, you need either a car or people who will drive you. The public transportation is not Top Tier, so the use of Uber, Lyft, or extra friends is vital. However, for those who do live within an acceptable distance, there are electric scooters and bicycles everywhere.

11. Not everyone follows the rules

Most of the community knows each other. Most of the community is comprised of similar families and other relationships that make a strong network within the population of Norman. Therefore, not everyone follows the rules. People disobey parking laws and traffic laws all the time because they know that they can. It's a small enough community for those types of actions to sometimes be swept under the rug unless some people are willing to call it out. Even people representing authority have abused their power because Norman is small enough for it to be easier to not be called out.

Some assume that ancient Roman culture is dead, but it is alive and thriving on Campus Corner on Thirsty Thursday. More than 3 bars are open, and people migrate from one to another for hours and hours. Some do not remember what they did the night before. Some do.