...and it's not just because he sometimes buys you food. 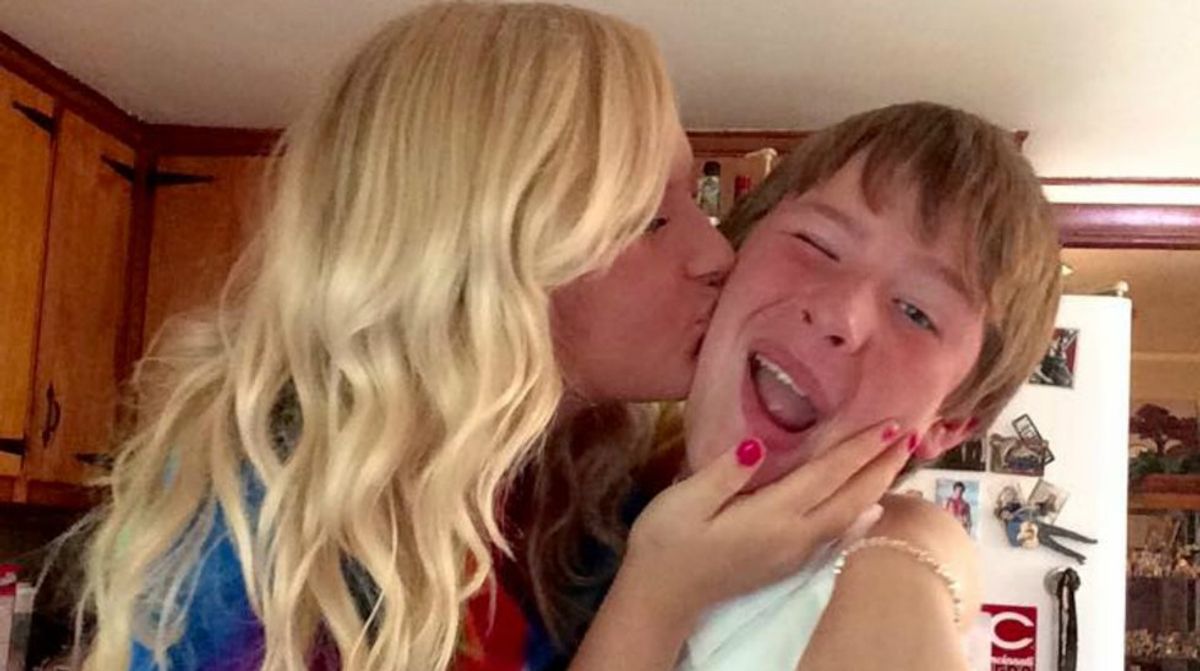 When I found out my mom was having a boy, four-year-old me was a little disappointed about not having a baby sister to give all of my girly toys and clothes to. However, nearly sixteen years later, having a baby brother has proved to be nothing short of an absolute blessing, and I wouldn't change it for the world.

1. While he may be younger than you, he never thinks twice about protecting you. Whether it's emotionally or physically, you always feel a lot safer with your baby brother around.

2. He instantly knows when something is wrong, even when you try to hide and deny it. Instead of trying to dig it out of you, he knows exactly how to cheer you up and make you feel better until you're ready to talk about it.

3. When you go even just a few days without seeing him, you miss him an insane amount. Sending funny texts / Snapchats is his way of saying, "I miss you too".

4. He's like your own personal comedian, and he somehow can always make you laugh harder than anyone else can.

5. You can tell him literally anything and feel safe that he'll always keep it a secret... even if he blackmails or teases you about it from time to time (and that's when you bring up all of the embarrassing photos you have of him dressing up as a girl when he was little).

6. He always has your back, whether it's when your parents are getting on you or someone hurts your feelings... your brother is always there to stick up for you and let you know you're not alone.

7. He'll do any random ridiculous challenge with you (for example, seeing who can go the longest without taking a drink after eating the world's hottest pepper), and you're both so competitive to not let the other win that you finally agree on forfeiting at the same time.

8. He may complain about it at first, but he's always your go-to photographer when you need someone to take pictures of you / with you.

9. He's always down to go on random adventures with you, even if that only entails driving around and rocking out to the "cool" music your parents refuse to listen to when driving him around.

10. He's your number one fan with anything you do, and is genuinely proud of all of your accomplishments and lets it be known.

11. He's more brutally honest with you than anyone else, and he'll let you know when you look ridiculous or beautiful as soon as he sees you.

12. Not only is he your younger brother, he's your absolute best friend in the whole entire world... and you know that's one thing that will never, ever change.

Kassie Hsu
Baylor University
2870
Panda Whale
Here are 100 things I'd rather to than study. I know the semester just started, but
Featured