The 12 Best Christmas Songs That Should Be On Your Playlist
Odyssey
CurrentlySwoonLifestyleHealth & WellnessStudent LifeContent InspirationEntertainmentPolitics and ActivismSportsAdulting
About usAdvertiseTermsPrivacyDMCAContact us
® 2023 ODYSSEY
Welcome back
Sign in to comment to your favorite stories, participate in your community and interact with your friends
or
LOG IN WITH FACEBOOK
No account? Create one
Start writing a post
Entertainment

The 12 Best Christmas Songs That Should Be On Your Playlist

A list of the 12 best Christmas songs for all your holiday fun! 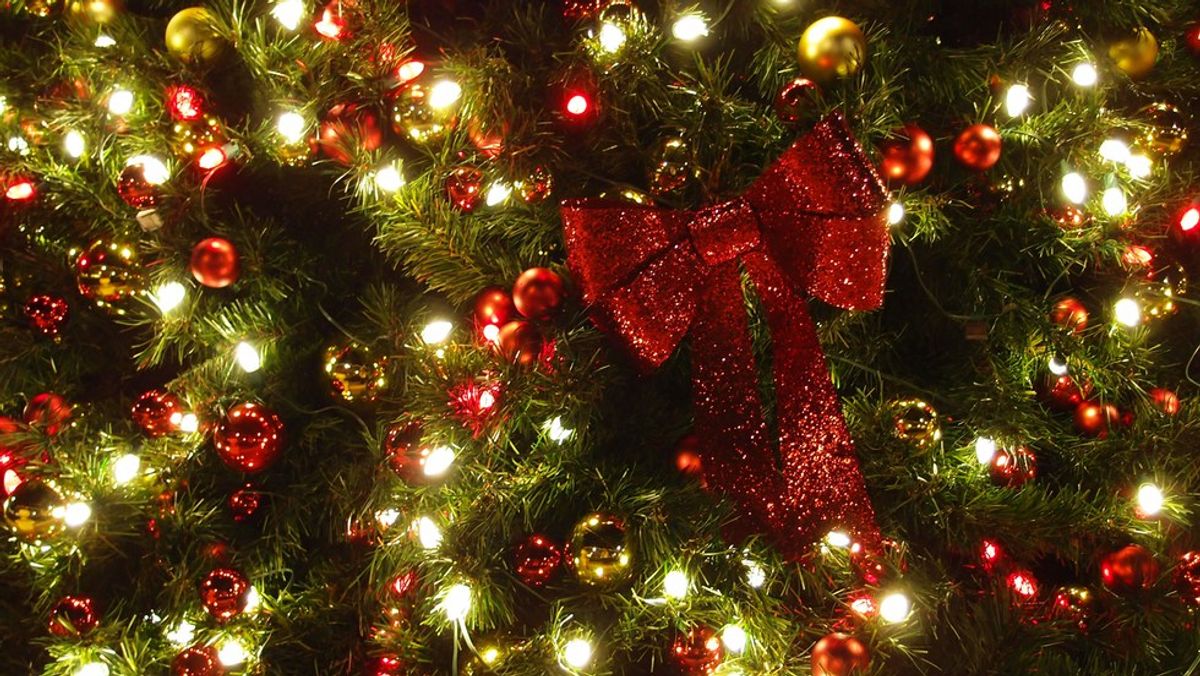 With the holiday season well underway, and quickly coming to an end once again, it's inevitable you've heard Christmas music on the radio since Black Friday. And it's likely you might be sick of it by now. But if you're anything like me, you just can't get enough! Stores try to mix it up and play new, remixed versions of classic holiday songs, but they just don't measure up quite like these definitive Christmas classics do. Here is a list of the 12 best, must-listen Christmas songs you need on your playlist!

Remember when you were 13 and that boy you got an awesome Secret Santa gift for said he had a crush on your best friend? Or when you were 21 and you found out your shitty ex was cheating on you with his lab partner, only to tell you 'we've been over for awhile'? Or maybe you just like feeling a little sad while jamming to some fabulous 80s tunes during the holidays. Whatever the reason, this song is perfect for any or all of that! Not only is Wham! the epitome of 80s pop music, but "Last Christmas" is an amalgamation of all things emotional, Christmas-y, and glam - with just a tinge of sadness.

You're free to say that this song hasn't been on your Christmas favorites list since you were a kid, and I'm free to call you a liar. Even before being mega-popularized (again) by Cady, Regina, Karen, and Gretchen in Mean Girls - although a different rendition - this 1957 Christmas jam is a reminder of all of the best Christmases you've ever had and those yet to come. Its upbeat tempo and easy-to-follow lyrics warm even the grinchiest of hearts.

There seems to be a theme with the 1950s and Christmas music classics! At only 13 years old, Ms. Brenda Lee recorded the iconic "Jingle Bell Rock," which has held its reign as the fifth best-selling Christmas song of all time. Her mature vocals and snazzy saxophone solo make this song the ultimate Christmas anthem! Don't you feel like bobbing your head side-to-side while stringing lights on your freshly cut Christmas tree? I know I do!

Famed crooner Bing Crosby could melt the polar ice caps with his silken voice (not that global warming isn't doing that already, let's be honest). "White Christmas" encompasses the innermost desires of many people during the holiday season. No matter how badly you hate winter or think the sight of snow is terrifying, there's that little kid voice inside of all of us that wishes for a white Christmas every single year. What's more magical than a bed of sparkling sky glitter blanketing the ground beneath you? Nothing.

If you were looking for a better song to represent how I feel about this time of year, you wouldn't be able to find it. In fact, I'm officially dubbing this the quintessential Christmas song. Williams never outright says that Christmas itself is what makes the holidays the best time of the year, but it is implied heavily. The fact that we are surrounded by friends, family, warmth, and cheer is what makes this season truly superior.

This song. I could go on about this song forever. As one of the younger additions to the list, I'd say its impact has reached far and wide, bringing a new generation of Christmas music lovers to rise. There's been a point in pretty much all of our lives where we've wanted someone we couldn't (or didn't yet) have. Instead of sadly drowning our sorrows in too much-spiked eggnog, we belted this song at the top of our lungs in hopes that our future sweeties would hear and ask us to be theirs.

With all of the warm, glowing happiness surrounding the holiday season, it almost seems unfair to include this melodramatic song of yearning in the list. Even in its air of sadness, "Blue Christmas" is one of the prettiest holiday songs, throwing a bit of country "rock" in a sea of upbeat pop music. Though the original version was recorded by Doye O'Dell in 1948, Elvis' unmistakably smooth voice makes words roll off his tongue like they were written just for him. And with every syllable sung by his signature vibrato-filled warble, suddenly we feel blue at Christmastime, too.

If there were a perfect song for bridging the gap between English and Spanish-speaking Christmas music lovers, I haven't seen it! The exact translation of "Feliz Navidad" means "Merry Christmas," which is the most direct way to get your Christmas wish out there! And even though you might not know a lick of Spanish other than these two words, you definitely can agree that Christmas is a million times better when spreading cheer to others in more languages than one.

Have you ever heard a song whose harmonies literally send shivers down your spine? Well, this is one of those songs. Admittedly, I fell in love with this arrangement the first time I heard it. The upbeat, but mellow vocal harmony throughout the song along with an impeccably executed segue from first song to second - and back again - makes this likely one of the best Christmas songs ever. Religious or not, you'll want to jam along with Phillips, Craig, & Dean while trying to simultaneously sing multiple voice parts.

It's likely you've never heard this song, but you are sorely missing out until you do! Who doesn't love a song about food - let alone cookies?! This contemporary country Christmas jam really puts you in the mood for baking and cuddling with your S.O. It's cheeky, cute, and gives off that "simple Christmas at home" vibe. The lyrics are catchy and easy to consume...just like those Christmas cookies you're pretending not to eat.

This is the oldest song on the list, yet still one of the most memorable. Originally written in 1934 by Felix Bernard and Richard B. Smith, Johnny Mathis' peaceful, familiar rendition takes us on a journey through the most beautiful winter scene we could ever dream of. Though the song never explicitly mentions Christmas, most places experience Christmas during the wintertime (some places in the world are always warm, duh). The lyrics are laden with winter imagery, like snow, a warm fireplace, and togetherness. And what could be better than a winter wonderland surrounded by your loved ones?

Like a fair amount of other Christmas songs on this list, this song wasn't originally recorded by Burl Ives. But, like the others, it's the most well-known version for a reason. Beginning with its upbeat, acoustic guitar solo, the song dives in with a cheery voice directly wishing listeners a "holly, jolly Christmas," reiterating the same concept of Christmas being "the best time of the year". Ives' joyous voice is reminiscent of your friendliest uncle, ready to greet you with a tall tale and a taller glass of 'nog.