11 Reasons You Might As Well Binge-Watch Jersey Shore, If You're Resigned To Watching It At All
Odyssey

11 Reasons You Might As Well Binge-Watch Jersey Shore, If You're Resigned To Watching It At All

You get to see fist pumping and hear "RAHN STAHP." 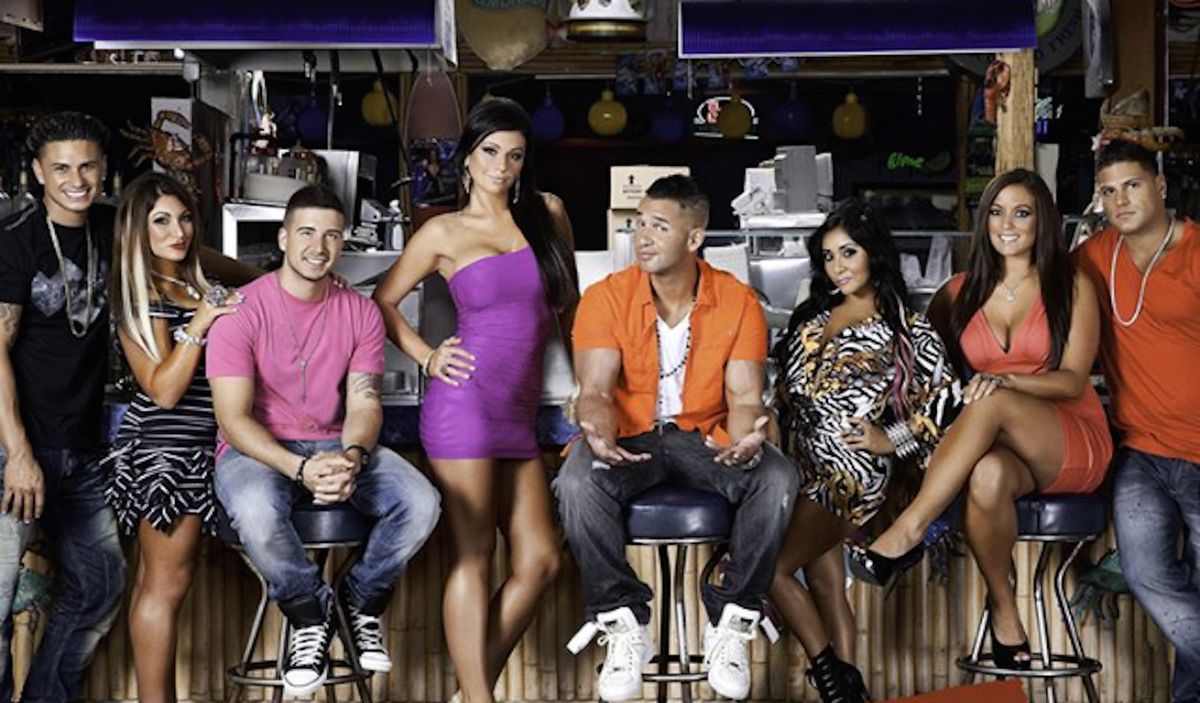 In December of 2009, MTV gave us one of the best reality television shows to date, "Jersey Shore." From New Jersey, Miami, to even Italy, we got to witness our favorite (not you Angelina) housemates party, cry, and fist pump. So, if you’re looking for a new Hulu show to watch for hours on hours, "Jersey Shore" is the one for you.

Three words. Gym, tan, laundry. The "Jersey Shore" cast lived at the gym, in a tanning bed, and hit up the laundry mat, all in that exact order.

You’ve probably never seen a man so obsessed with himself until you meet Mike, “The Situation,” who also causes a lot of situations throughout all the seasons.

A relationship that was set up for failure from the start. You will hear Ronnie call Sammi every name in the book, and then Sammi say, "RON, STAHHHP," to only see her get right back with him. This usually happens once every episode.

With every episode, Snooki’s hair bump rises a little bit. A trend that only she could pull off.

JWOWW and Snooki go undercover to let Sammi know about all of Ron’s wrongdoings.

Pauly D and Vinny have an inseparable bromance, and JWOWW and Snooki are BFFs still to this day.

Gorilla: A man with large muscles, what all the chicks want on the show.

Guido: A male that is tan, uses a ton of hair gel, and is fit.

Guidette: A female that is tan, gets nails done often, and wears almost no clothing.

Grenade: A term used to describe an ugly female (SO NICE!).

A day where usually all drama is set aside, and the "Jersey Shore" family bond and eat. It’s mandatory for every cast member to be present.

Invented by the great Ronnie, which he pre-games with just about every time. A nice concoction of vodka, watermelon, and cranberry.

Punches are thrown, and hair is pulled by many. What is not to love about that?

Where the "Jersey Shore" cast thrives and look forward to all day long.

MTV has recently remade a similar reality television show, "Floribama Shore," but it doesn’t even compare to how amazing "Jersey Shore" was. The "Jersey Shore" cast plans on reuniting in 2018 at some point, which will be the best day ever. Now stop watching “The Office,” for a little bit, turn on season 1 of "Jersey Shore," and take on Seaside Heights, New Jersey with them.

Emma Hyatt
98
The Truth About My Parents' Divorce