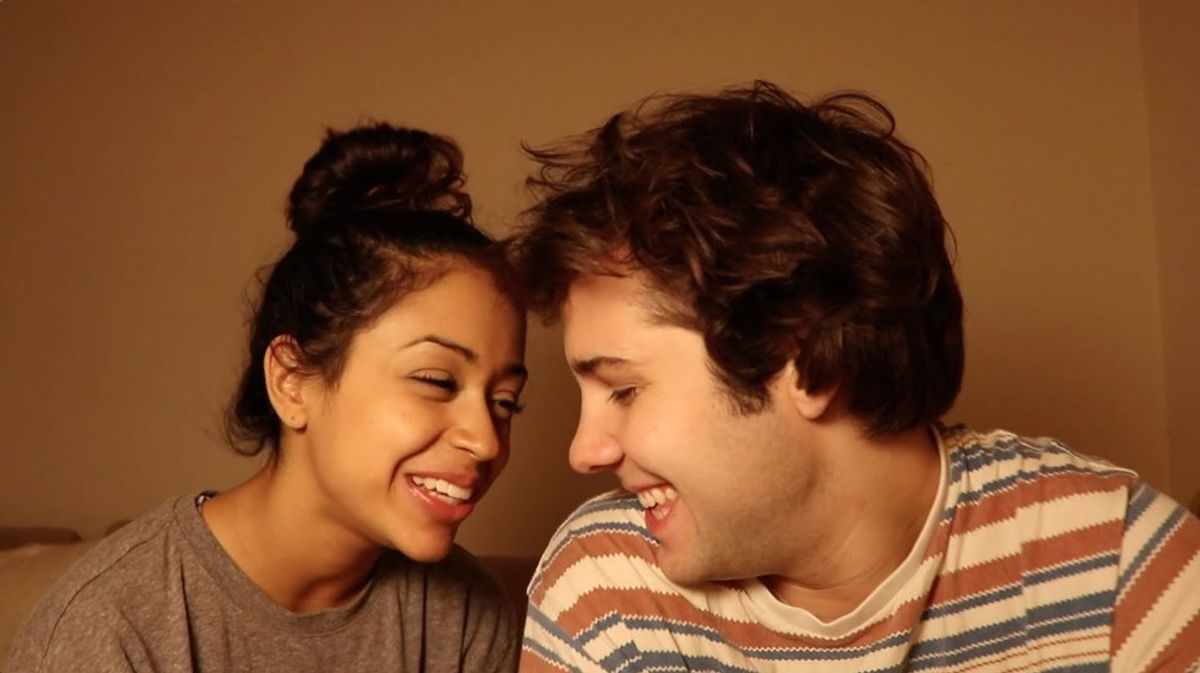 Since November 28, 2016 social media stars Liza Koshy and David Dobrik have officially been dating for one year! The two both gained fame as Vine stars, before transitioning to YouTube.

David said it took him 4 months to finally build up the courage to ask Liza out, and when they finally began dating, they chose to keep it private - that is, for the first few months.

Once they announced their relationship status to the public, fans went crazy because two of their favorite stars were together. As social media personalities, they share so many cute pictures, videos, and tweets online! We rounded up some of the cutest moments between Liza and David that will prove they are ultimate relationship goals!

1. When they announced they were dating

Liza and David didn’t announce their relationship status like any other couple. They bought a ton of calendars, circled “November 28” on them, and then shared it to Instagram. November 28 is the day they started dating. How cute!

2. When David comforted Liza during the “Try Not To Cry Challenge”

When Liza started crying watching a sad video, David said he wanted to cry just watching Liza get upset. He gave Liza a kiss to comfort her and said it was cute how she was getting emotional watching the video.

3. When Vine was shutting down and David and Liza posted these adorable tweets

David and Liza met because of Vine, and that is why David tweeted “But really I owe you a lot vine. Thank you for being my favorite dating app.” Then Liza tweeted Vine, “we'll send over our first born.”

The two have been close to kissing numerous times, but have never actually kissed on screen until this past summer when David hit 1 million subscribers. Now that he’s reached 2 million, do you think we’ll get another kiss?

5. When David and Liza said the exact same thing at the same time and they both said "AWWW"

Even they ship each other! They are so cute.

These two cannot go a day without saying puns...and WE LOVE IT.

7. When they tried couples yoga

8. When a fan jumped on top of David and Liza got jealous

9. When Liza won a Streamy Award and David showed how proud he was of her

OK, but seriously, where can we get a boyfriend like David Dobrik?

David and Liza are so adorable, and they give us hope to one day find someone special for ourselves! Do you have a favorite moment between Liza and David? Comment below!