10 Things You Hear As The Only Vegetarian In The Family 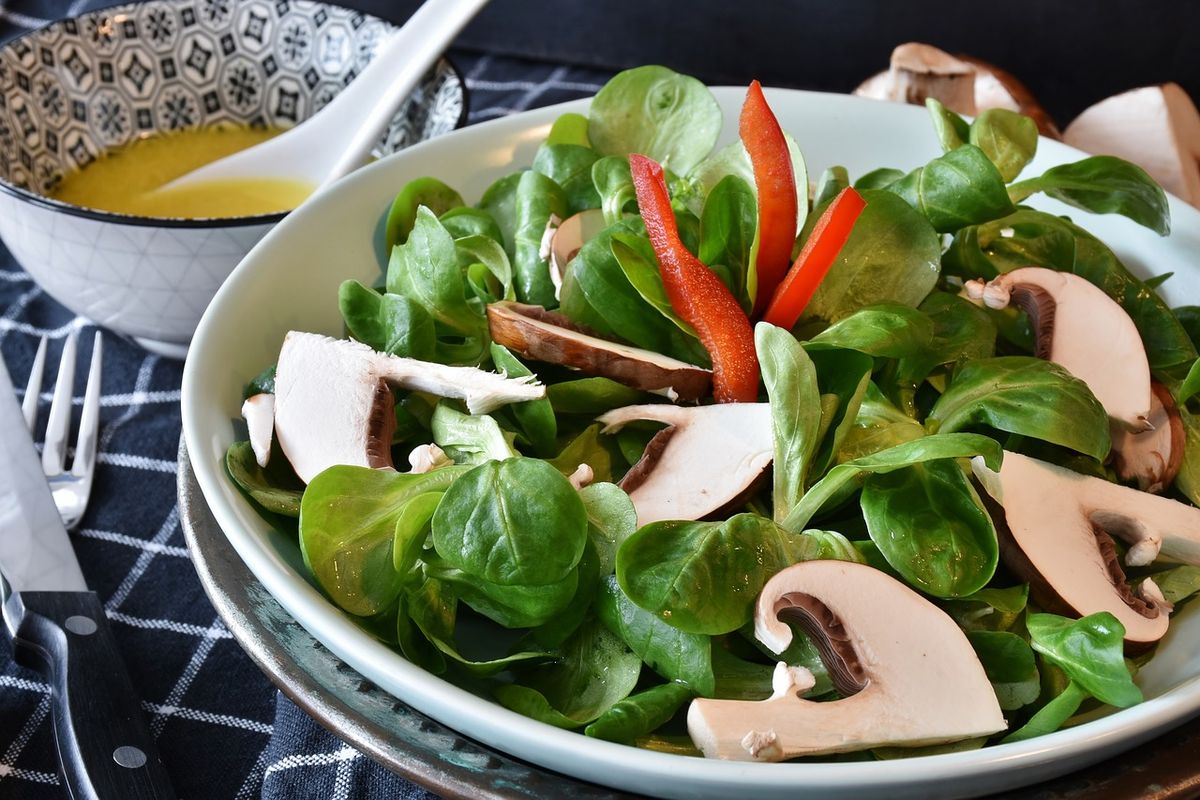 While it seems like vegetarianism is becoming more well known and even practiced among people, it isn't out of the ordinary for someone to not really understand what our diet/lifestyle consists of. It can be confusing and frustrating; even with the best of intentions comes a learning curve. If you're like me, the only vegetarian in the family or friend group you've definitely heard these before, but here's some advice to get you through it without shouting at everyone and eating alone.

1. "We got pizza. You can pick the pepperoni off, right?"

Can I? Yes. Do I want to? I'd rather not. There is still dead pig grease all over it...If you're stuck in a situation with nothing else to eat, there's no shame -- we've all done it. But it always feels good when you show up and someone has thought about you ahead of time.

Pro tip: Plan ahead of time, ask what there will be, and try to accommodate for yourself or ask for accommodations. Don't be shy about it. If it is a public venue deal they often have an option for you! And if it is something you feel strongly about, getting the people you're close with on board with it will only make everyone's lives easier.

2. "We're making dinner tonight if you want to come over, but you'll want to bring a protein."

I love spending time with my family, specifically cooking for them or sharing meal times. In my family, like in many, a lot of our socializing revolves around food. This can be difficult when they don't really understand your lifestyle. I call this BYOP (bring your own protein).

Pro tip: Bear with them. Be patient. It takes time for people to understand sometimes, and that's okay! Learn how to make a bomb vegetarian protein and share it with them! Help them understand.

A lot of people will think it's a phase. For people who have never considered this lifestyle, it makes complete sense that they don't get it right away, but it can still be really frustrating to feel like no one gets it, especially if it's really important to you.

Pro tip: Stick with it if it's what you want to do and what makes you feel good. If you stick with it they will eventually understand. Some people in my family didn't always get it either. Five years later there is always several dishes I can eat or even an alternate no meat dish at family get-togethers and holidays.

This one gets under my skin more than any other. Luckily this isn't one that I heard from my family, but going to a Catholic high school, I did hear it there. Whether you are religious or not, using biblical interpretations to try and force other people into acting like you do is dumb. Don't do that shit.

Pro tip: Ignore them. Nothing ruffles people feathers more than the differences they have with others and being told they are wrong. Even if you aren't being preachy about your lifestyle they will get defensive. So the best thing I can say is to ignore them and keep on eating whatever you want.

5. "You're going to make yourself sick!"

I rolled my eyes just typing that. It's funny how the general public is down for Taco Bell and McDonald's every night, but the second you mention that you don't eat meat it's like everyone becomes a nutritionist ready to make a public service announcement.

Pro Tip: Learn how to cook for yourself. Learn about protein and what foods you can pair to make healthy meals. As long as you know what you're doing, there is nothing unhealthy about vegetarianism.

I think I speak for most, if not all vegetarians when I say you do not need to say sorry. Everyone makes their own choices and just because we don't like the choice you make and have decided not to make that choice, does not mean you owe an apology to me for eating a burger any more than I owe you an apology for not eating a burger.

Pro tip: Just explain that you aren't mad and they don't need to worry about it. No need to shame people over food.

7. *Telling a joke* "How do you know if someone's a vegetarian? Oh don't worry, they'll tell you."

The first time you hear this you may laugh politely, but the 20th time you probably won't. Is there some truth to this? Yeah, because if we don't bring it up we could potentially end up eating meat on accident...which is the whole point, so your joke is dumb and redundant.

Pro tip: Say you don't get it over and over until they've explained it so many times it isn't funny. Kill the joke.

Some people are vegetarians for health reasons, some for environmental reasons, some for animal rights, or any mix of reasons. So assuming I'm on a fad diet is kind of irritating. And even so, what other people eat isn't your business so even if you have good intentions, keep this one to yourself.

Pro tip: Say you know. You don't need a reason so if you don't want to give one, don't. If you do, then go for it. Simple.

This one is hard because whatever your reason is it is usually pretty personal and it really sucks when you get personal with someone and they mock you. Which happens often after you get asked this.

Oh, where do I start? I eat fruit, vegetables, bread, pasta, potatoes, (and if you are not vegan) dairy, and eggs. It's easier to say what I don't eat than what I do. No, I don't just eat salads.

Pro tip: Just say everything you do, just with some other protein instead of meat. Sometimes people aren't being rude, they genuinely have no clue and are curious. Try to entertain their curiosity and maybe educate them. You never know, maybe they are thinking of going vegetarian and don't know where to start.

If I have learned anything from changing my lifestyle five years ago it is patience. It can be so frustrating to have to answer questions everytime you eat or food is brought up. So if you know a vegetarian try to be genuine and not play the third degree game. And if you are the vegetarian try to be patient and just educate them. But don't let anyone make you feel ashamed for the compassionate and healthy decisions you make. It's your body and you need to make it feel good in your own way.