10 Things I Love (And Hate) About Being Ginger
Odyssey

10 Things I Love (And Hate) About Being Ginger

And why its the greatest hair color in the world 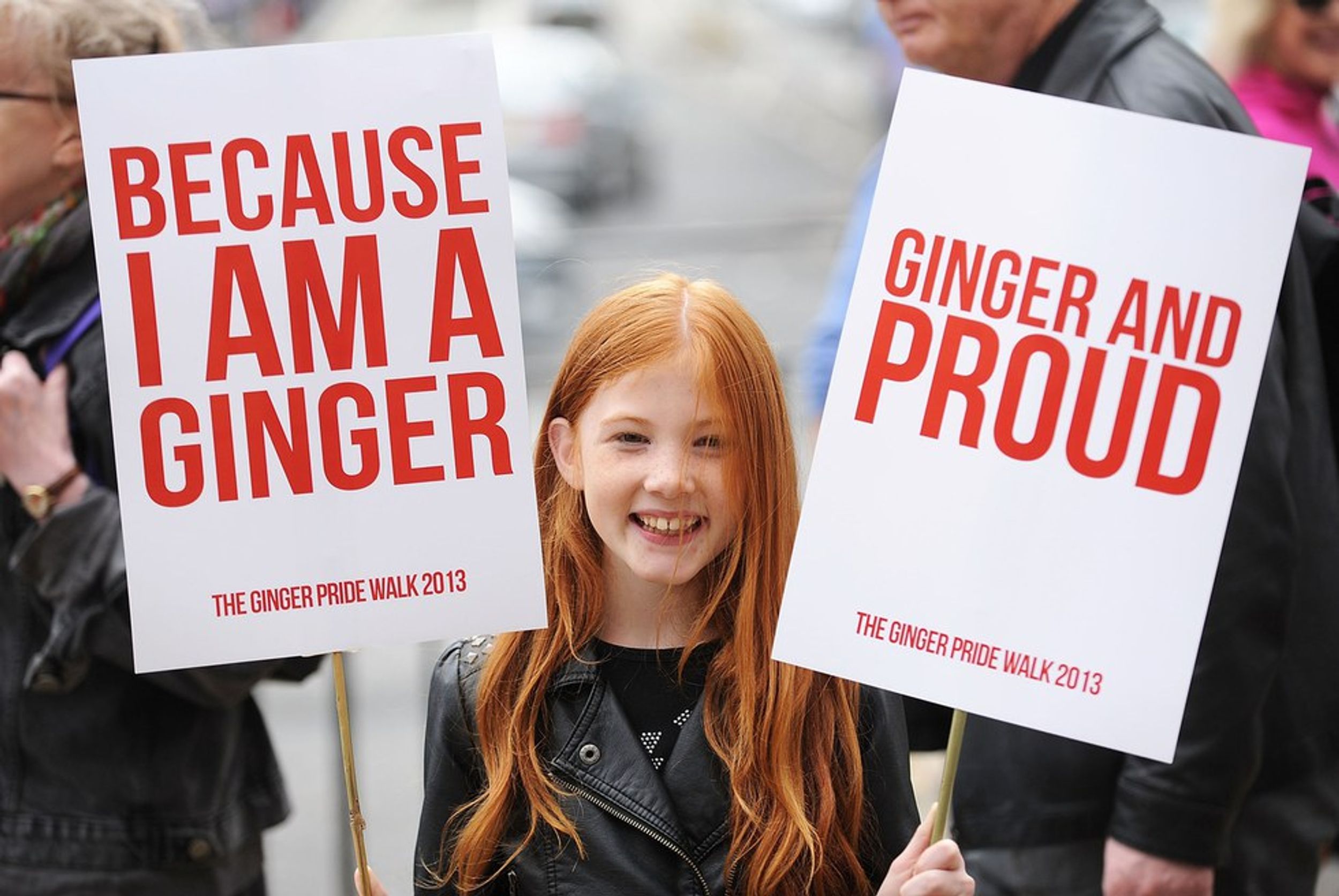 Growing up with red hair isn't necessarily easy, but someone has to do it. Below I've compiled ten of my favorite facts/fictions of being a red head. I love my red hair, but sometimes the questions that people ask me because of it are very strange. Here's a few things I've run into that some of your ginger friends might find common ground with.

1. Sunburns And Bruises And Pale Skin (Oh My)

A signature part of being a Ginger, pale skin is a brewing ground for sunburn, especially during the summer. But one thing a lot of people don’t know is that pale skin is also the cause of ours easy to bruise skin. Gingers are especially known for their blushes, bruises, and burns due to a lack of coloring in the skin, which in most cases help to hide discoloration. Which is especially frustrating when you can’t find a pale enough concealer at the store.

Gingers are a lot more sensitive to pain than others, and some doctors believe that the mutation that causes red hair also block some of the proteins that allow red heads to accept anesthetic. I know my least favorite part of getting my teeth pulled was when I started to feel it towards the end

Less than 2% of the world’s population is ginger, making us an endangered species of sorts. Which Is why most gingers are naturally drawn to other gingers. It’s refreshing to finally talk to someone who understand our plight and all that it entails. I always make sure to compliment anyone I meet who also has red hair just because they’re so little of us in this world.

4. We really hate being asked if it's natural

YES! If I had a dime for every time asked me if I dyed my hair, I’d be rich. It’s so frustrating to be asked this, especially when it comes from complete strangers. Does it honestly matter if my hair is natural to you? Now it’s not hard to see why people talk about that famous ginger temper when you ask silly question like that.

5. Being A Ginger Can Also Suck

Hey the grass may always seem greener on the other side, but there were millions of times where I got picked on for being a ginger. Things like “Daywalker”, “Souless”, or even “Redheaded Step-Child” used to really put a damper on things. I don’t know what it is about ginger hair that makes some people think they have the right to pick on you but it does happen and trust me I used to wish I was a blonde or brunette when I was little just to try and get away from it.

6. A Lack of Role models

This one is kind of a bonus rant, especially because it really bothers me. As a young adult I constantly struggled with my red hair, but now I’m proud of it. Which is why I really don’t want to color it. Now because I’m a crazy perfectionist this severely limits my costume choices around Halloween or Comic Con. I mean the fact that there are only so many redheaded superheroes/villains makes sense when gingers only make up 2% of the population, but please more ginger heroes.

Red hair is a recessive gene, which means more often than not, people have no clue where it came from. My father is a brunette and my mother and blonde and some times it’s a little frustrating when someone asks me to trace my family history back, and try and guess where my red hair came from.

8. Gingers Have A Wicked Temper

I understand that red is a very passionate color but that doesn’t mean that gingers have to be passionate. I’m meet many mild mannered red heads. You shouldn’t be able to assume anything from my hair color other than the fact that I am a rare unicorn of a person.

Why actually yes I am. Ginger hair comes from a mutation in my genes. I’m like the next step in evolution. We also have many other abilities such as sensing and eating souls. No but really red hair is actually a recessive genetic mutation that also make people more susceptible to temperature changes and less susceptible to anesthetics. We’re the X-men of our generation!

Well honestly I don’t know if I can scientifically prove that gingers have more fun, but now that I appreciate my hair color I wouldn’t change it for the world. It’s interesting and eye catching and never fails to be a good, or bad, topic of conversation. There’s a sense of “oh cool!” every time you meet someone who is a ginger, and I doubt any other hair color gets super excited to see one of their own walking around. It’s like a tight knit group that we all just happen to be in. Which makes it pretty cool. All-in-all I love my red hair and I wouldn't trade it for the world.