10 Things You Learn Being The Only Boy With Three Sisters

No man is an island, unless he has only sisters. 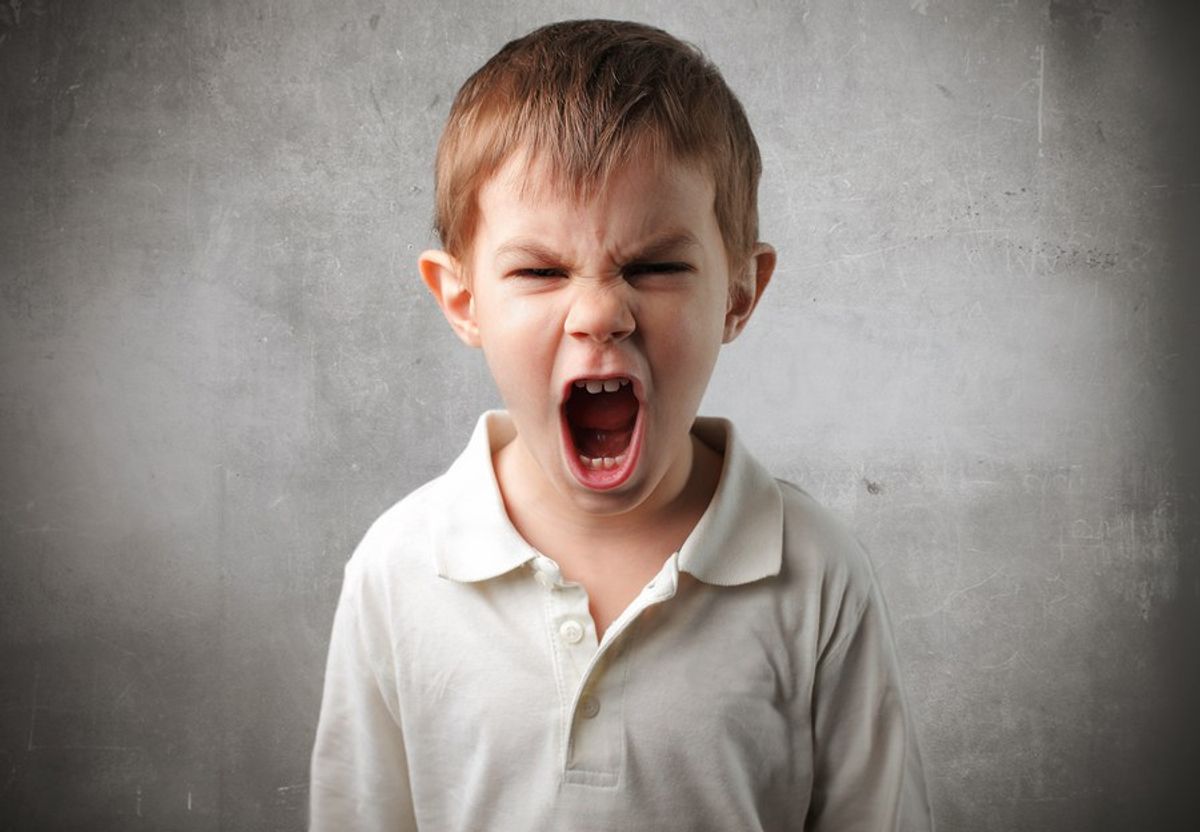 1. How to stand your ground.

In a house of women, being the only male is a daunting task and you learn quickly standing your ground is paramount. For example, when I was but a wee boy my older sisters tried to tell me I was physically turning into our 3-pound dog named Darby. It sounds dumb now, but at the moment I was freaking out.

So, of course, I go to my mom to get things sorted out and if I was going to have to quit teeball because dogs can’t play team sports. When the mom takes sides, all bets are off. And of course what happened? My mom played along! My mom and my sisters slung me around the metaphorical wrestling ring of disbelief for probably another two hours. The whole time I was basically in tears. Stand your ground.

2. The cycle can and will sync up.

The human body is a crazy thing but a woman’s body is something on a totally different level. It can produce a child as well as sync up with other women’s menstrual cycles strictly by being around each other. I’m guessing it is kind of like Bluetooth. So, when you live with four women, it is best to keep a calendar for these things. Be prepared. Be vigilant.

For this one you might not have to live with three or four women to understand where I’m coming from. Tears are inevitable when living with a group of women. I already mentioned the “cycle” synching up, this often goes hand in hand with it. Oh what’s that? You crying? Because the toaster scared you? Ok. Sorry, I even asked.

Okay, so I know that this one is pretty specific to me but if you’ve ever had any Frozen songs stuck in your head then you can relate. My oldest sister loved classic musicals. Ergo, I was often forced to watch them. As a result, I have a wealth of knowledge on Rogers & Hammerstein lyrics as well as a personal psychiatrist to deal with my warped childhood. What’s that? Is it the sound of music? No. It’s not. It’s the sound of 9-year-old me under the couch crying because I can’t watch another Gene Kelly dance scene.

5. Their boyfriend is ALWAYS wrong.

When your sisters drag you into the conversation about their boyfriend, look out, it is a trap. Do not give your honest opinion on the guy or his actions. No matter what transpired, he is a selfish asshole. Playing devils advocate or attempting to get them to understand it from a guy’s perspective is futile. If you wish to survive, agree and agree.

6. Shopping is a grueling and inhumane practice.

When you are young enough to still be dragged around, shopping is the biggest threat to the sole male when surrounded by females. I cannot tell you how many hours I spent whimpering inside clothing racks just waiting to leave. I would be dragged from store to store. Want to know what makes the inside of Forever 21 look chic? Not an upset 11- year-old standing alone in the middle of the store crying.

7.Your clothing will be stolen.

I know it is pretty standard for sisters to take other sisters clothes. However, what they don’t tell you is that they will steal their brother’s clothes as well, except they will be 10 times more ruthless about it. Your sister stole your favorite sweatshirt? That’s awesome, now it’s covered in foundation and a quarter pound of glitter. Have fun wearing that to school.

If there is one universal thing people who live with multiple women will relate to, is the shocking amount of hair. Hair is everywhere. There is no escaping it. Every shower drain in the house is a chock full of it. The bathrooms look like a "locks of love" fundraiser. Unfortunately, there is no cure for this.

Growing up with sisters you learn a lot about fashion. And I’m not talking about dressing yourself. I am talking about the knowledge you learn from a young age about women’s clothing. You know what a bandeau is, you know what spanks look like and you know that if you throw sticky boobs at the ceiling they will stick.

10. There are a massive amount of terribly un-entertaining tv shows out there.

Growing up with sisters, especially older ones, you quickly learn that you are not in control of the TV. And as a result you will learn a ton, probably too much, about the shows they enjoy. I still can’t believe some of the stuff they watched. Shows about polygamy, little girls in tiaras and then one show about a bunch of indecisive women trying on wedding dresses. Very little substance is usually found here.

Overall, I owe a lot of who I am as a person to my sisters. The life lessons and unique perspective I have as a result far outweigh the terrible moments of being tormented by my older sisters. After all, once the brother in the family hits puberty in middle school, a lot of the bullsh*t stops because you're typically bigger than them by that point.